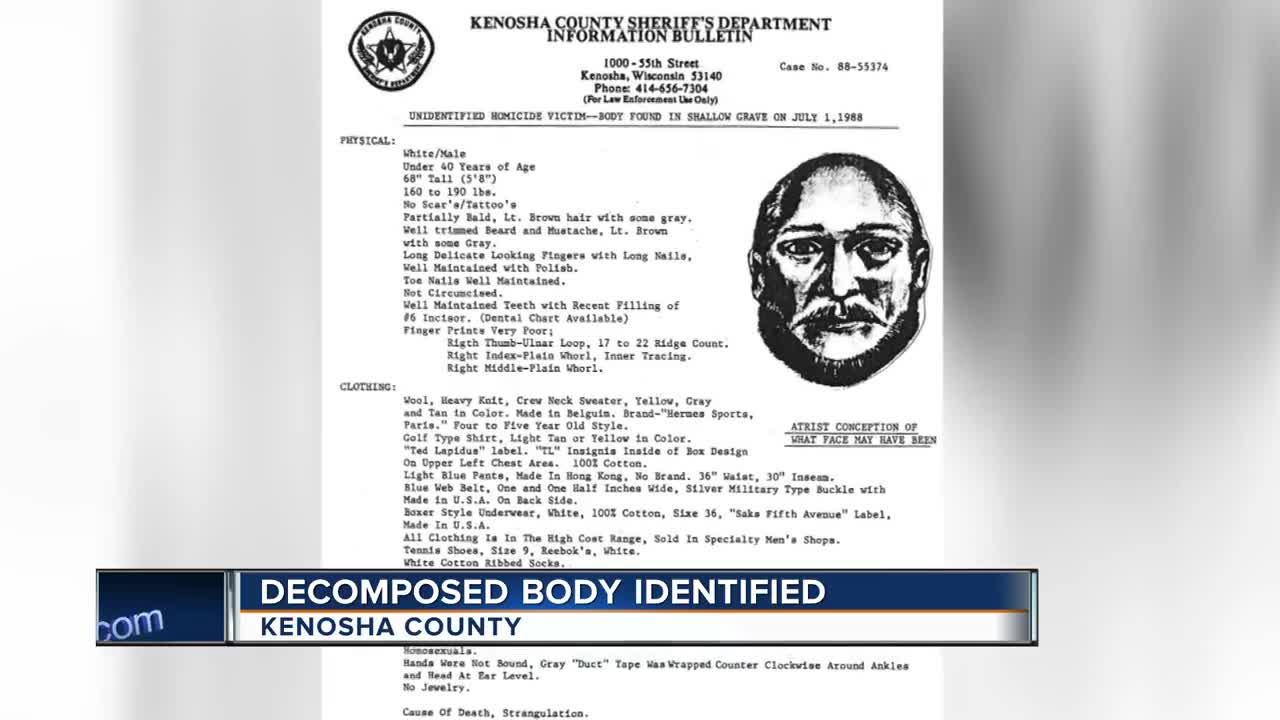 The Kenosha County Sheriff's Department has released the identification of a homicide victim from 1988. 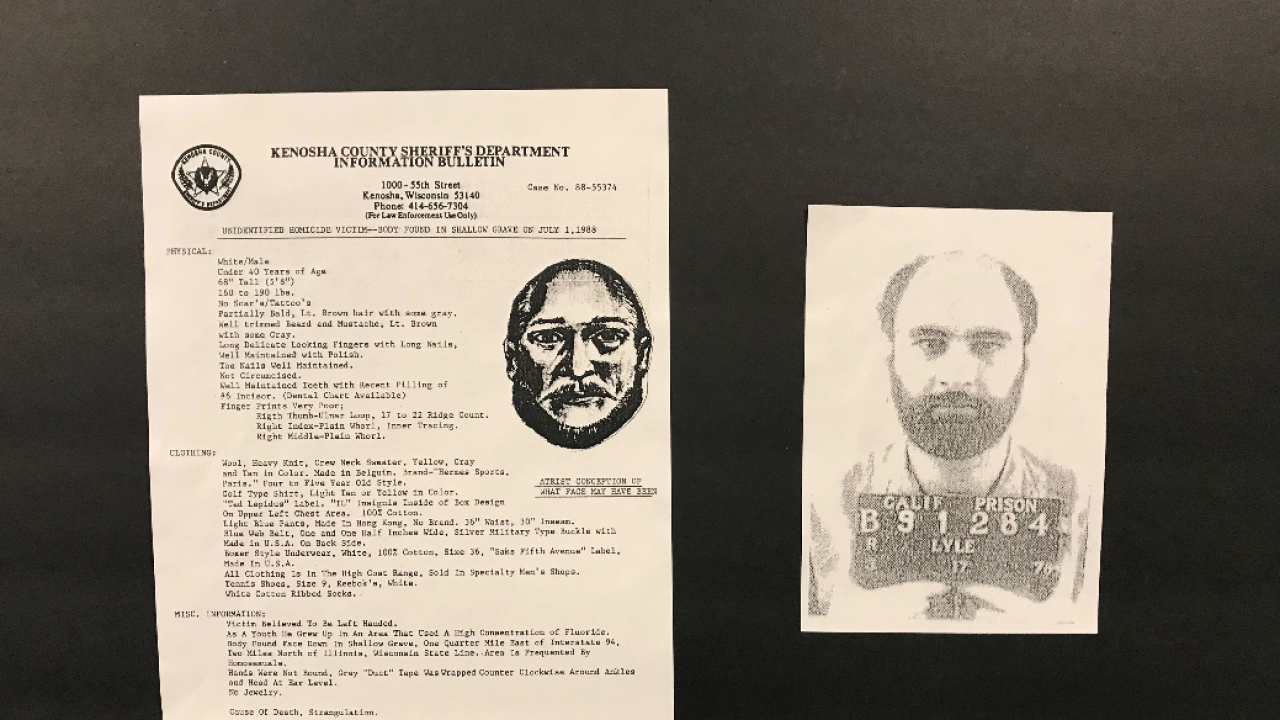 KENOSHA COUNTY — The Kenosha County Sheriff's Department has released the identification of a homicide victim from 1988.

The body that was left unidentified for 31 years is reported to be Robert Lyle Schwartz.

Schwartz's body was originally located in a shallow grave east of Interstate 94 on July 7, 1988.

The sheriff's department ruled Schwartz's death homicide by strangulation. Officials believe he was strangled at a parking structure at O'Hare International Airport in Chicago after flying from California and was transported to the site where his body was found.

Schwartz was received from Los Angeles County on March 17, 1978, with a sentence of one year and 20 months for grand theft and offering/selling security without qualification. He was released to parole supervision April 2, 1980, and discharged from parole Feb. 2, 1981.

The Kenosha County medical examiner was finally able to identify the body by new fingerprint technology that was introduced by the FBI in 2017. Kenosha County Medical Examiner Patty Hall said about 100 John or Jane Does were identified in 2017, including Schwartz. However, they had trouble contacting his family to notify them before they released his identity.

Schwartz had a long criminal history, including selling silver bullion. Family members described him as a "con artist."

"He went missing around 1987 or 1988," Hall said. "They never filed a missing persons report. With his lifestyle, he was a criminal, and they figured his lifestyle caught up with him."

Two of the detectives who worked the case were in attendance for the announcement. Despite Schwartz's alleged criminal past, they were glad to hear he was identified.

"You're going to treat every one of them as a family member," retired Detective Jon Zielsdorf said. "Do the best you can to resolve the case."

"He was a human being like anyone we go out on a call with from our department," retired Detective Larry Lapoint said. "It made no difference at all. Probably made it more difficult because it took so long."

The suspect in Schwartz's homicide has since passed away. Because of a sealed grand jury Investigation, the case will technically remain open until the Kenosha Sheriff's Department files more paperwork.