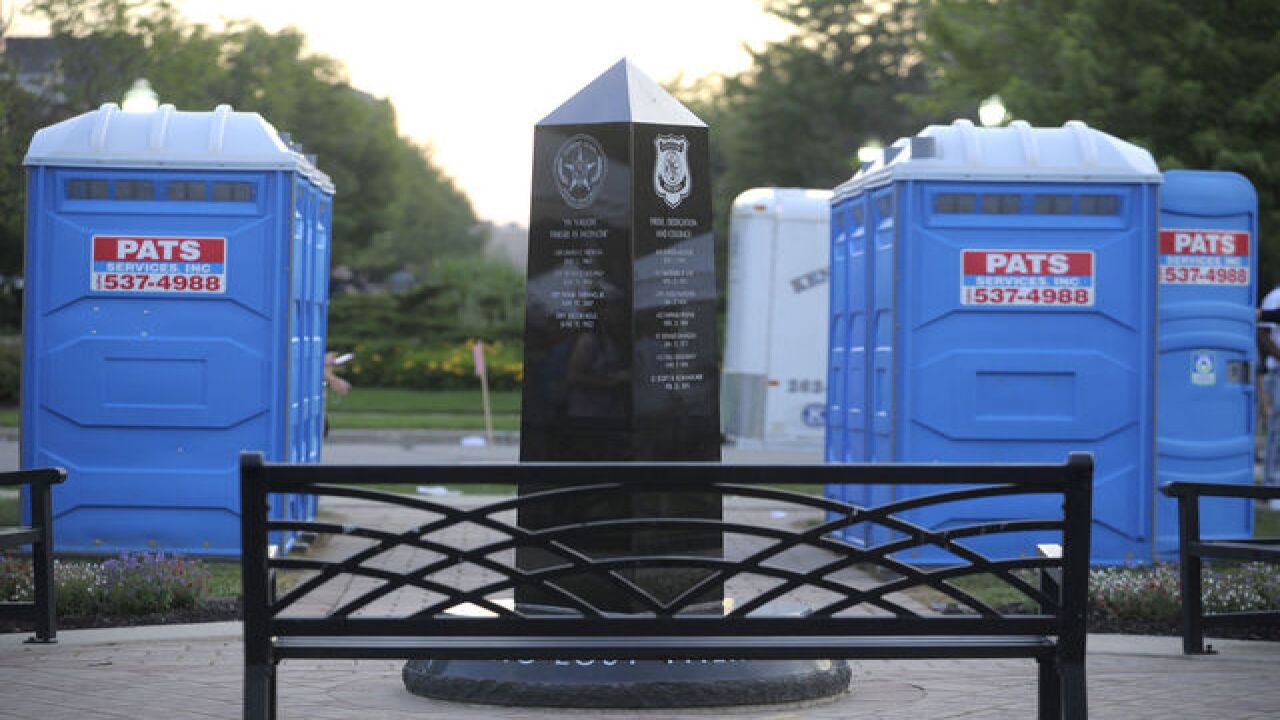 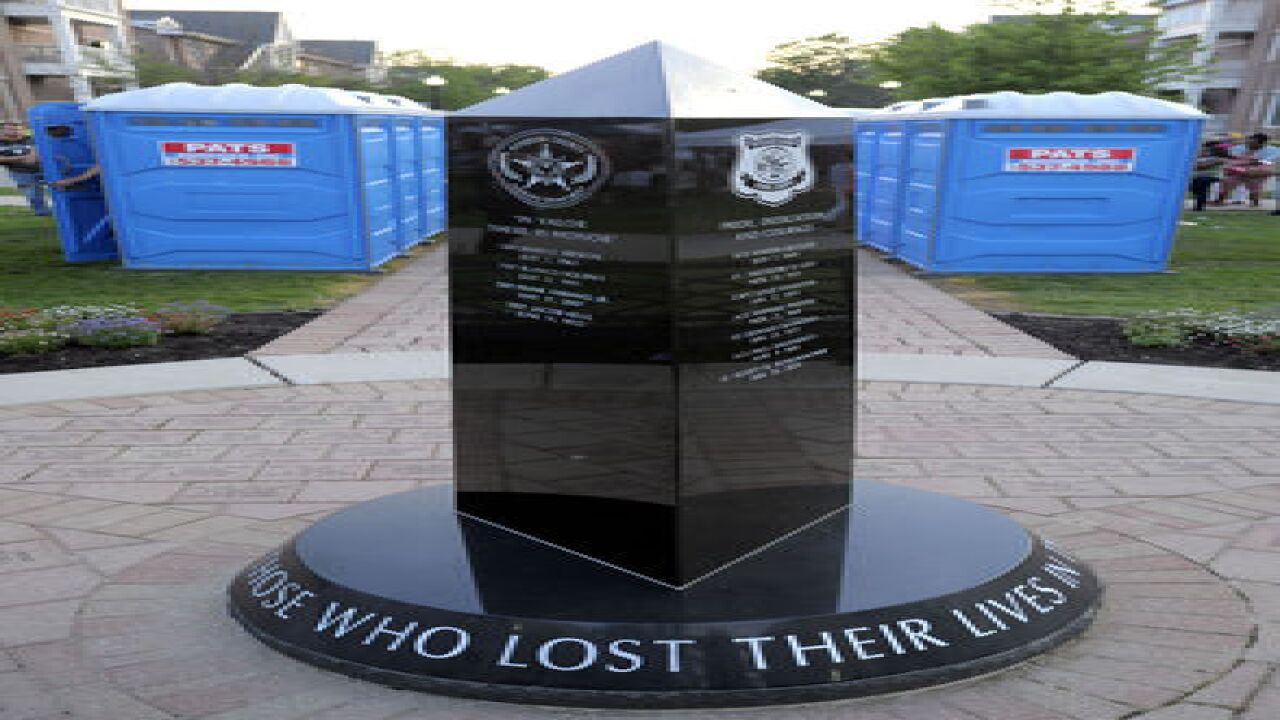 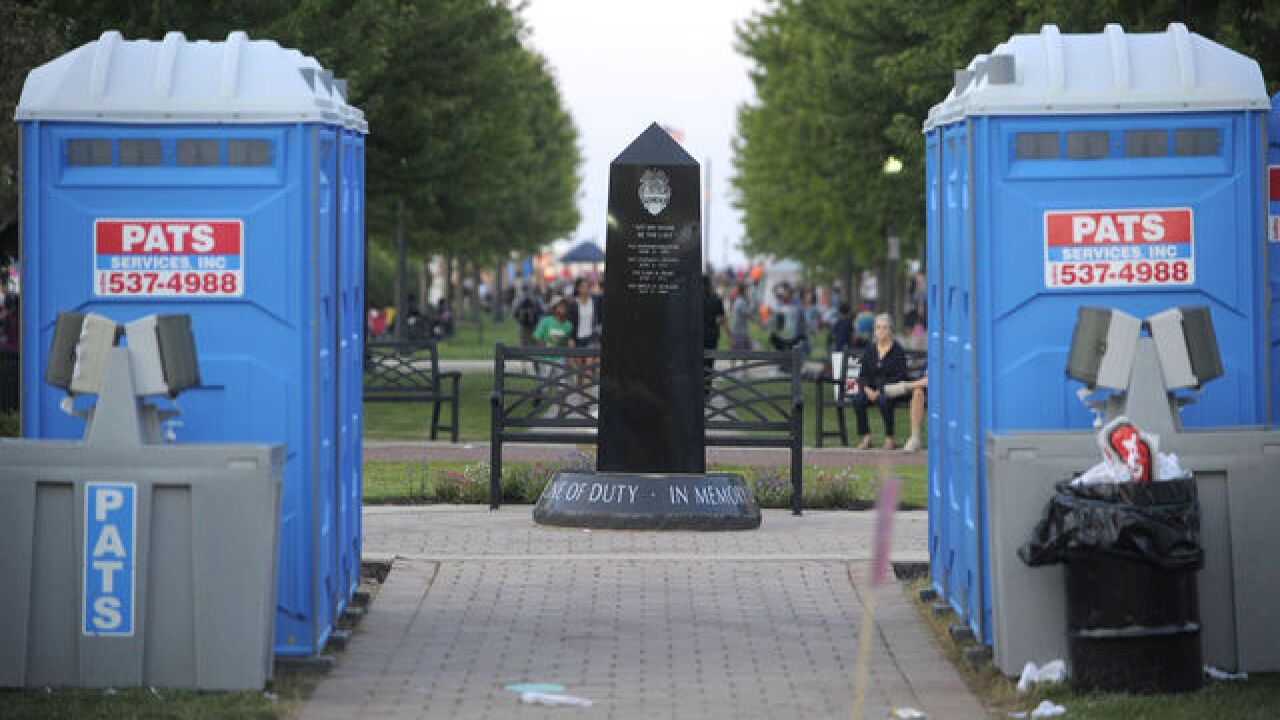 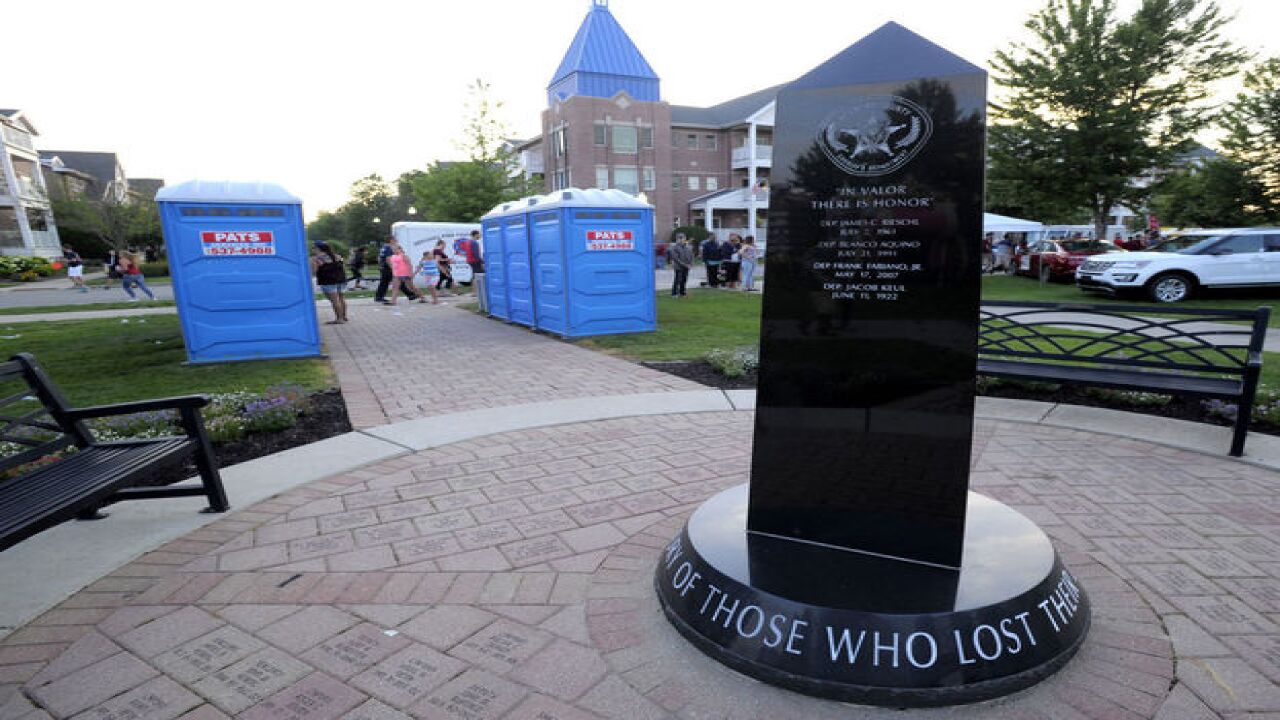 The widow of a fallen Kenosha County Sheriff deputy is hurt and demanding an apology after portable toilets were placed near a law enforcement memorial during Fourth of July celebrations.

There are now only outlines and trash left where the portable toilets stood along the bricks of the Kenosha Public Safety Monument.

"I come here all the time. They shouldn't have done it," said Amy Fabiano, pausing to choke back tears. "It disrespectful."

Amy’s husband's name, Frank Fabiano Jr., has been etched into the memorial for 10 years.

"They protected and served the community," Amy said.

She shakes her head, seeing the mess left behind.

"You put porta potties and there's garbage all over," she said.

Frank Fabiano served as a deputy for 18 years before he was killed during a traffic stop, leaving behind a wife and young daughter. Amy says it was their daughter who told her what happened.

"I got a call, 'Mom how could they do this,'" Amy said. She could not give her a good answer.

PATS Service, who put up the portable toilets, said the city determined where they would be placed.

"We just do what the city of Kenosha tells us. We meet them out here every year in the morning and they drive us to every location," said driver and employee Dakota Siegler.

People in Kenosha were surprised by the choice.

"It's a memorial so it should be recognized and given respect," said Areliz Ramirez, who lives just across the border in Illinois.

Amy has a message now for those responsible.

"I think everybody for every name that is on that wall deserves an apology," Amy said.

TODAY'S TMJ4 did reach out to the mayor's office for a comment but he did not return our call or email. He did tell the Kenosha News that the placement was an oversight and the porta potties would be put somewhere else next year.

Amy was also upset to see all the trash still left surrounding the memorial, a day later.