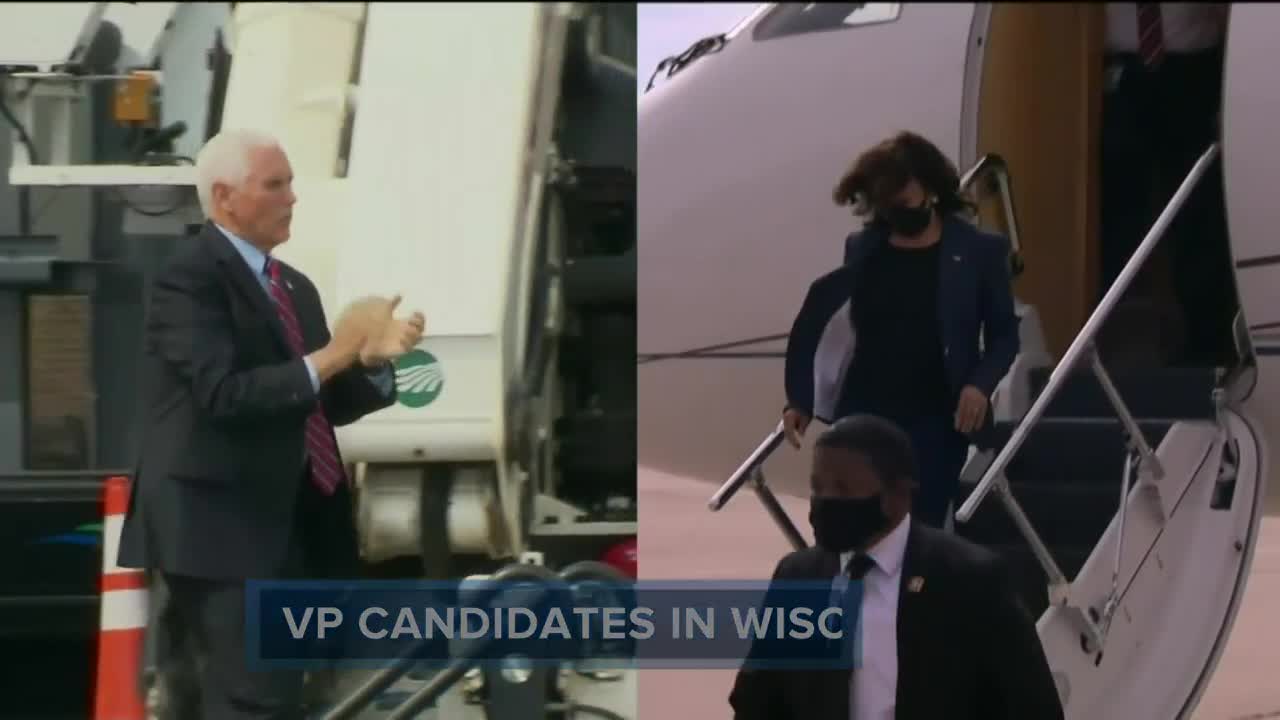 Pence visited an energy facility in La Crosse, while Harris met with Jacob Blake's family in Milwaukee as well as spoke with local leaders. 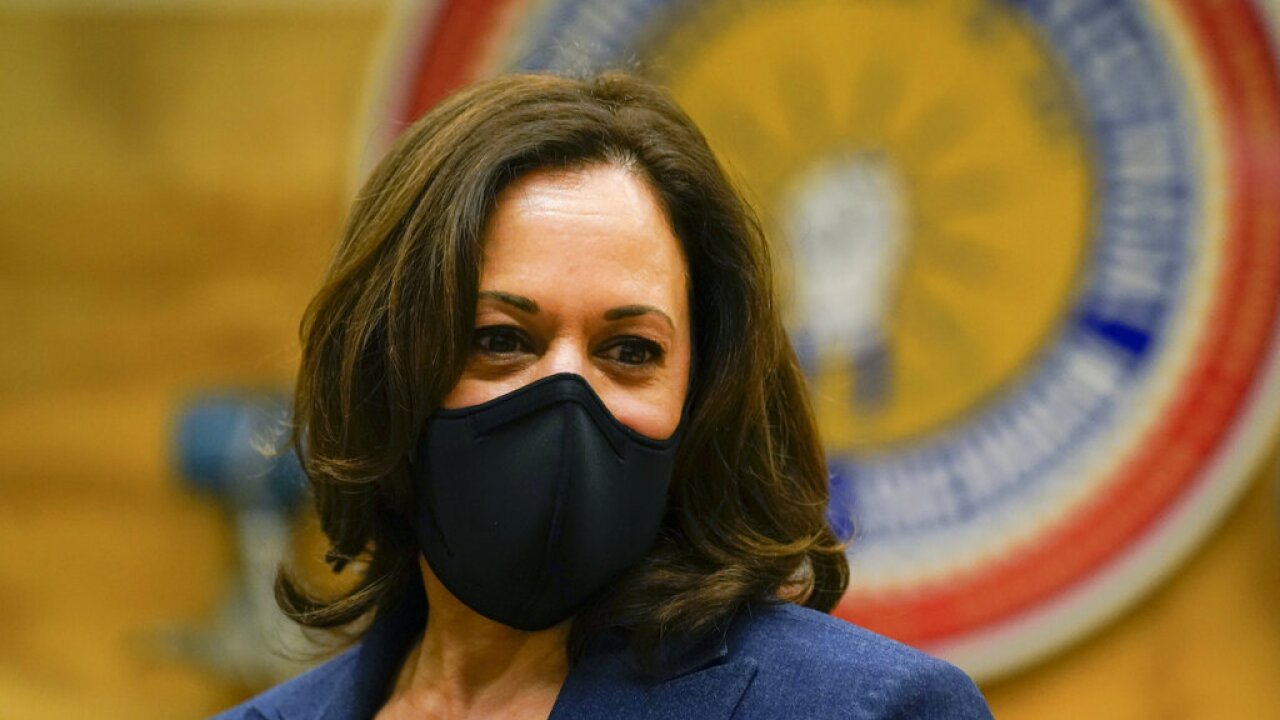 MILWAUKEE (AP/TMJ4) — Democratic vice presidential nominee Kamala Harris met with the family of a Wisconsin man shot by police last month during her visit to the critical swing state.

Harris gathered with Jacob Blake’s father, two sisters and members of his legal team at the airport in Milwaukee while Blake’s mother, attorney Ben Crump joined by phone. Blake also joined the conversation by phone. Joe Biden met with the family last week in Milwaukee before visiting Kenosha, the city where police shot Blake.

"They’re an incredible family and what they’ve endured and they do it with such dignity and grace," Harris said of Blake and his family. "And you know, they're carrying the weight of a lot of voices on their shoulders."

The meeting kicked off a packed day of Labor Day campaign events, with Harris meeting IBEW union workers and Black business owners in Milwaukee, while Vice President Mike Pence, also sent to Wisconsin, toured an energy facility in La Crosse before delivering a speech that touched on jobs, the economy and protests in Kenosha.

Cheers erupted as Senator Kamala Harris addressed her supporters for the first time in-person as the Democratic Vice Presidential Nominee, as she ended her day in Milwaukee’s Bronzeville neighborhood. She asked Milwaukeeans to show up to the polls.

This marks Harris’ first solo foray out on the campaign trail for in-person events since she was announced as Biden’s running mate nearly a month ago. But Biden himself has stepped up his campaigning over the past week, traveling to Pittsburgh and Kenosha and holding two news conferences. Aides say to expect both Biden and Harris to increase their campaigning for the remaining weeks.

Harris then made her way to Martin Luther King Jr. Dr., where she held a roundtable discussion with black leaders and small business owners in Milwaukee.

There, she discussed the impact of COVID-19.

“Over the course of this crisis, up to 90 percent of minority and women-owned small businesses did not get the benefit of the PPP,” Harris said.

The event was held at JCP Construction’s office. Co-owner and Vice President of Business Development Clifton Phelps said they worked tirelessly to get the place in order for the event. He appreciated the opportunity to meet and talk with Harris.

With just two months until the election, expect to see more campaign stops in Wisconsin and in Milwaukee as both parties fight to win the state.

“In a moving moment, Jacob Jr. told Sen. Harris that he was proud of her, and the senator told Jacob that she was also proud of him and how he is working through his pain. Jacob Jr. assured her that he was not going to give up on life for the sake of his children... She encouraged them to continue to use their voices even through their pain to help America make progress to end systemic racism.”

#BREAKING: @KamalaHarris has just arrived at JCP Construction in #Milwaukee for a roundtable with black business leaders. Her second stop on her first in-person battleground visit.@tmj4 #KamalaHarris #Wisconsin pic.twitter.com/FN4hiilrHq