Judge performs wedding for man he sent to prison 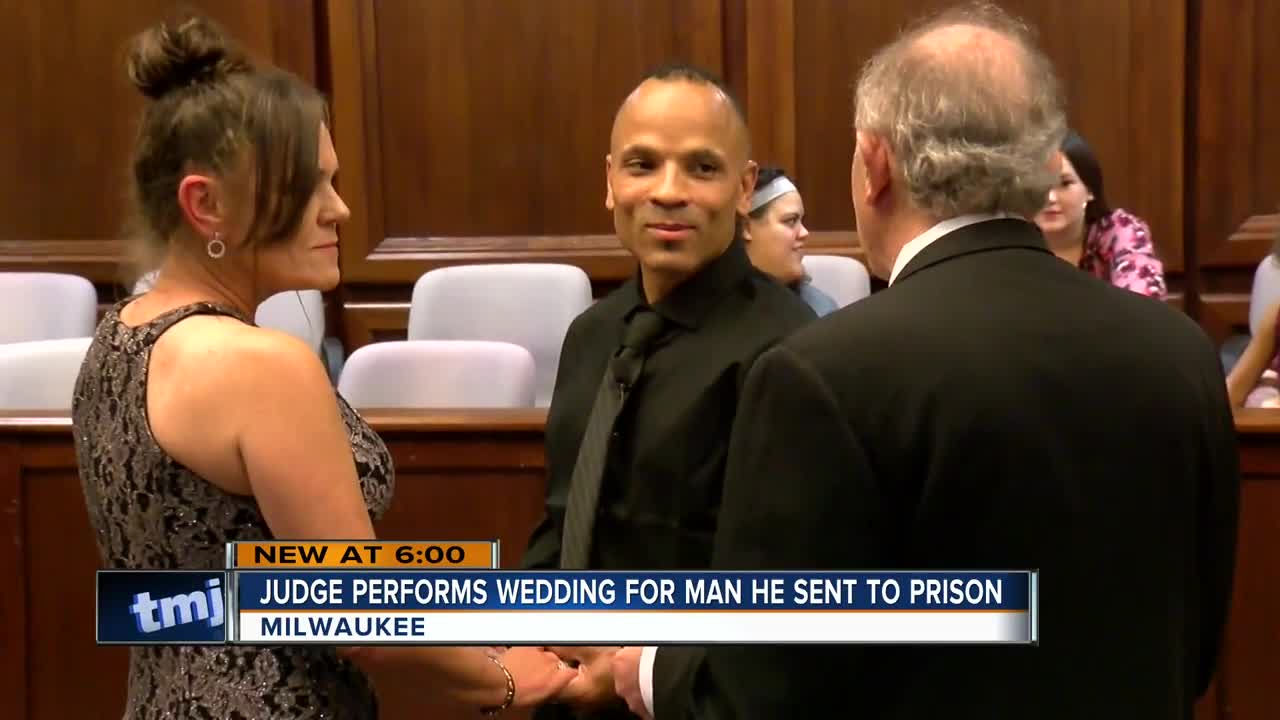 Judge performs wedding for man he sent to prison.

In 1995, Whiteside was sentenced to 47 years in prison after fleeing Milwaukee Police and crashing into a bus stop, killing four people.

Twenty-four years later, Whiteside finally got parole, and one of this first acts as a free man was to head over to Hansher's courtroom to ask the judge who sentenced him to officiate his wedding.

"It was kind of spontaneous," Whiteside said. "But I planned on doing it because for me, that's full circle."

Hansher and Whiteside kept in touch through the years, even after the sentencing. The judge was told about Whiteside's progress. Shortly after, the two began writing one another.

Eventually, Hansher would push for Whiteside's parole, even after giving him the maximum 47-year sentence.

Prior to the wedding, TODAY'S TMJ4 spoke with Lucy Farris. Her son, Clifton Bernard, was one of the four people killed. He was at the bus stop waiting for his girlfriend to safely board.

As Whiteside begged for forgiveness in 1995, it was a difficult request to fulfill at the time...

"I hear so many people say 'I'm sorry,'" Farris said during the 1995 sentencing. "Sorry does not change anything."

Eventually, time made that change. Farris said she's continued to track Whiteside's journey and still wishes him the best.

Whiteside said while it's impossible to reverse what happened, he plans to dedicate the rest of his life to positively impacting others' lives.

“From where I come from, not just demographically, but the depths and despair and hopelessness and trauma I wasn’t supposed to get a second chance... Clifton, Kim, Petey and Rodger. They deserve a second chance,” he said.