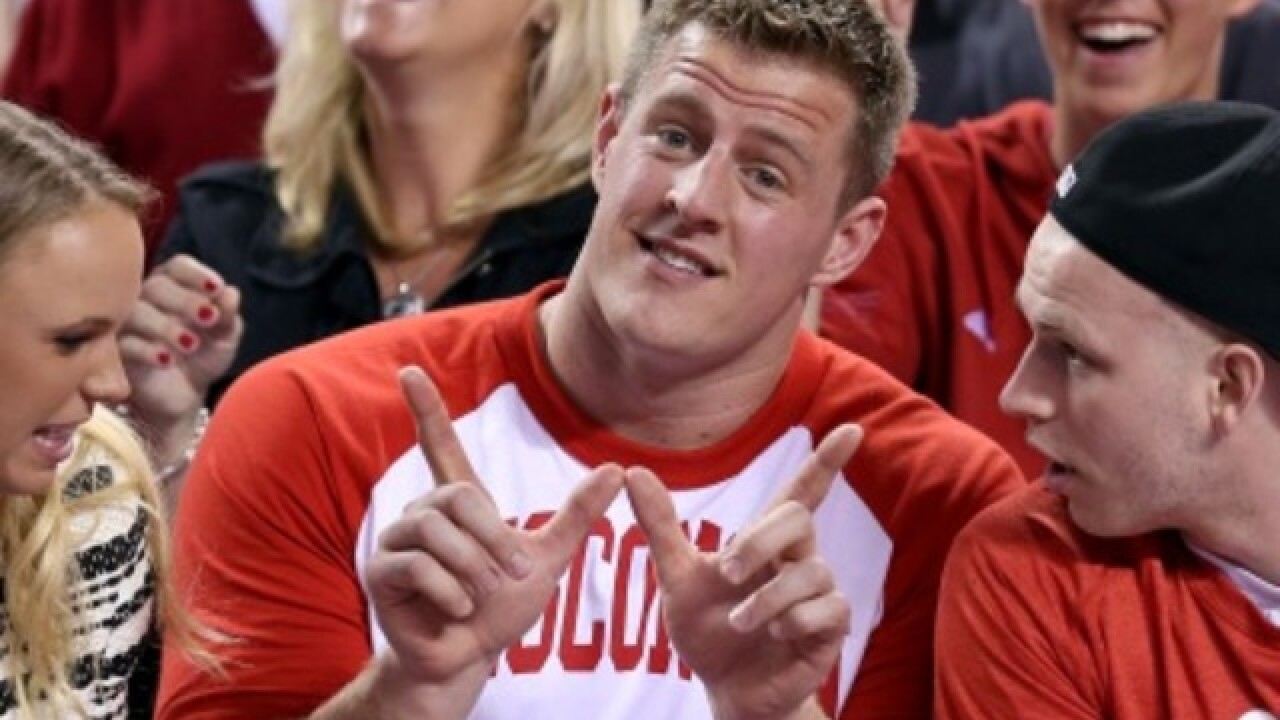 Copyright 2017 Scripps Media, Inc. All rights reserved. This material may not be published, broadcast, rewritten, or redistributed.
Streeter Lecka
Pewaukee native and current Houston Texans star <strong>J.J. Watt</strong> played football for the Wisconsin Badgers and still often tweets about them.

The three-time NFL Defensive Player of the Year talked with host Seth Meyers about how nervous he is to give the commencement speech at UW-Madison in May but said he had a good backup plan.

"I tweeted out I was just going to give Spotted Cow for everyone. I mean, let's be honest, nobody cares what I'm saying. Let's just party!"

Watt also mentioned how he has not actually graduated from the university, but the Baylor School of Medicine gave him an honorary doctorate degree.

"I'm not saying Wisconsin has to out-do a doctorate, but I really wouldn't hate it," Watt said.

Even though he technically is a doctor now, Watt says he has trouble getting his teammates to call him "Dr. Watt.'" He has even gone to lengths of writing fake prescriptions for them to stop cursing or even watching so many Marvel movies.

The Pewaukee native also answered questions regarding his NFL family and trying to watch Super Bowl LIII as a spectator.