Jewish representatives from Milwaukee have empathy for migrants at Southern border 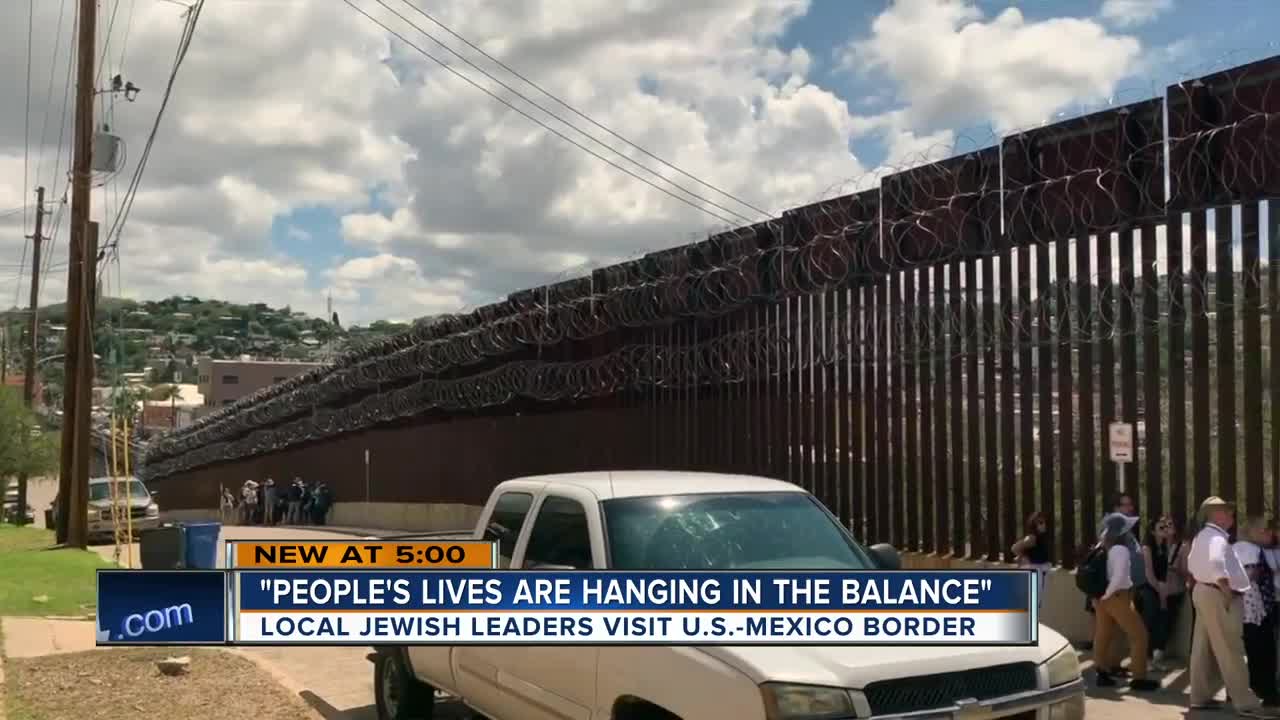 Jewish representatives in Milwaukee traveled to the Arizona-Mexico border to see for themselves what migrants there are facing.

The group said the trip wasn't politically motivated but rather an opportunity to learn.

They spent time touring local shelters on the U.S. and Mexico side. The group talked with border patrol agents and humanitarian groups. They visited the Mexican Consulate.

Elana Kahn, the director of the Jewish Community Relations Council of the Milwaukee Jewish Federation, said the situation is somewhat relatable.

Talking with people who had fled from their countries made Reenie Kavalar think about her loved ones.

"It just reminded me of what my parents went through when (Adolf) Hitler came through, and it was jarring to me to hear that this continues to go on," said Kavalar.

"I was surprised. It struck me after a day of having been there that the situation is more complicated and layered than I had anticipated," said Cohen. "People's lives are hanging in the balance."

The three were part of a bigger group from all over the country, led by the Jewish Council for Public Affairs, which met with families in shelters.

"What we heard on this trip was frightening," said Kavalar.

Kahn said there is a lot of confusion about how to cross the border legally.

"It just reminded me of what my parents went through when (Adolf) Hitler came through, and it was jarring to me to hear that this continues to go on." — Reenie Kavalar

Kahn said there is no one party to blame.

"One of the things we learned is that it was bipartisan. It's been happening for years," said Kahn.

Though they believe politicians need to intervene with the laws, the group feels this is a humanitarian problem.

"The reason we went was to learn and to figure out what we can do as Jews as a Jewish community to help with migrants on our Southern border," said Kahn.

"I want to do the same for others who are fleeing from terrible situations," said Kavalar.

The Milwaukee group plans to share its experiences with its congregations to figure out how to best help.