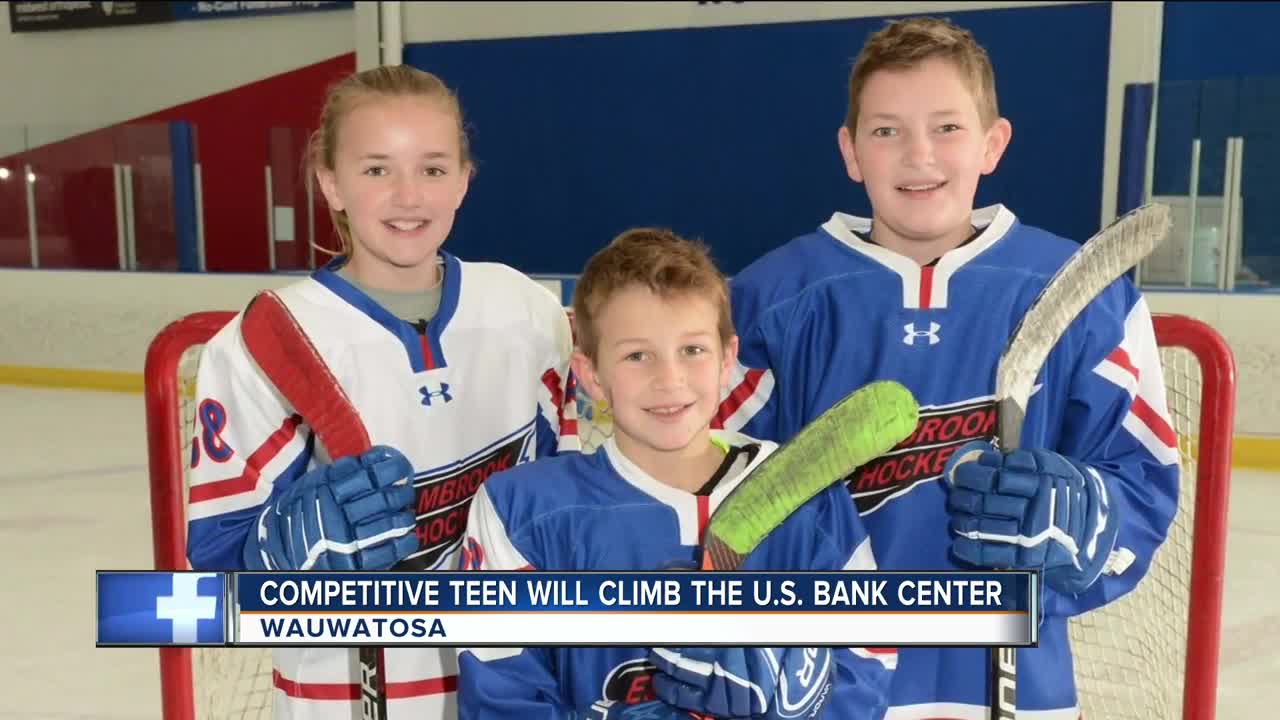 The 12th annual Fight for Air Climb is Saturday, March 7, at the U.S. Bank Center in downtown Milwaukee. A Wauwatosa teen hopes to keep her title of the top in her age group.

WAUWATOSA — The 12th annual Fight for Air Climb is Saturday, March 7, at the U.S. Bank Center in downtown Milwaukee. A Wauwatosa teen hopes to keep her title of the top in her age group.

13-year-old London Chase has already racked up dozens of awards in swimming, but she also plays hockey and runs cross country.

She is very competitive, and 2020 will be her fourth year doing the Fight for Air Climb.

"I've placed first for my age group every time," she says, and she hopes to do that again.

Because she works out so much she doesn't have to train much, but when she does, she often runs with her dad, Jeff.

"He can still beat me in the half marathon," she laughs. "We're pretty close in the 5k and in the mile."

But when it comes to the Fight for Air Climb, it's a different story.

"I made it up to the top with her once, but I was not waiting at the top. She was waiting for me," he says.

That competitive nature comes with some good-natured ribbing.

"I guess I have a competitive side, too. I thought I was quite convinced I was going to whoop her and that was absolutely not the case," Jeff jokes.

All jokes aside, her dad encourages her and her brothers to use their powerful minds to overcome obstacles.

"Your feet or your skates or whatever sport your doing will not go anywhere that your mind does not lead, so you must believe."

You can tell it's a message London has heard more than once.

"I would struggle with more the mental part of it, like, I would put myself down or something, not the physical part."