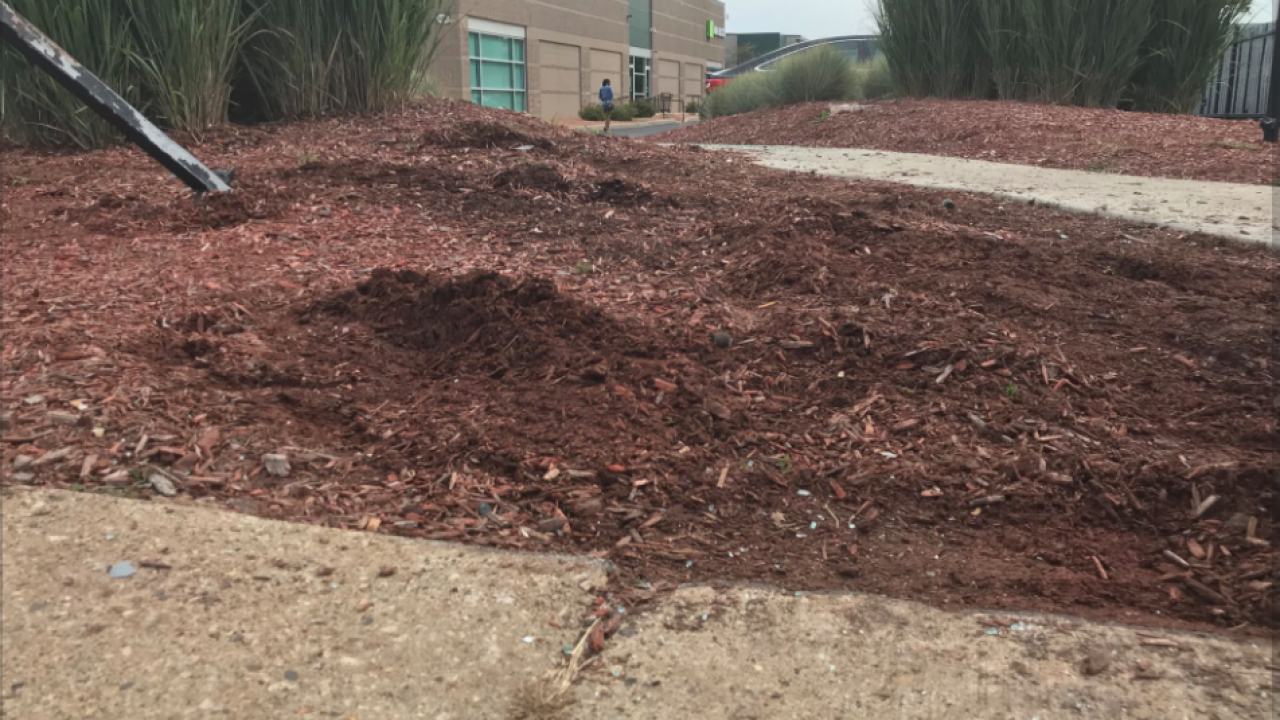 Reckless driving is believed to be the cause of a crash that left two people dead and two seriously injured on Milwaukee's north side Tuesday night. Police said the driver was in the bike lane before the crash.

Felicia Powell of Milwaukee said she’s at the point where she’s worried for her life just standing at a bus stop.

“I’m actually scared to be out here with my grandbabies, you know, walking them or crossing the street with them. It scares me,” Powell said.

Every day she sees or hears another crash involving reckless driving, whether it’s from a driver speeding or leading police on a chase.

Police said in this latest incident, a 22-year-old driver speeding in the bicycle lane on North Avenue lost control at 27th Street, went up onto a sidewalk and hit a pole, killing himself and a 23-year-old man in the car. Two other passengers, a 21-year-old man and a 21-year-old woman, were seriously injured.

Remnants of the crash remained at the scene Wednesday, with tire tracks marking the sidewalk and glass strewn all over.

Alderman Russell Stamper of District 15 said this makes him concerned for cyclists.

“They should feel safe with the bike lane and not feel that they have to be scared by oncoming traffic or someone going around them in an excessive speeding way,” Stamper said.

He thinks reckless driving is getting out of control and said it doesn’t seem to be improving, even after increasing patrols of certain areas and adding more speed bumps.

“I don’t know what is in the water, but people are speeding all over the place,” Stamper said. “We’re getting the message out here, but it seems to not, you know, cause any effect to what’s actually occurring.”

To help solve the issue, he wants to put up signs that show how fast you’re driving when you pass by them. He also said the city is looking into billboards.

For now, each alderman is in the process of placing yard signs in their district, encouraging people to slow down.

“I don’t know what is in the water, but people are speeding all over the place. We’re getting the message out here, but it seems to not, you know, cause any effect to what’s actually occurring.” — Alderman Russell Stamper

With the community’s help, Stamper hopes the city can come to a solution, so pedestrians such as Powell can feel comfortable walking across the street.

“I hope that people start, I mean, drive like they have children, drive like life matters,” Powell said. “You don’t have to be in a hurry all the time. Leave earlier if that’s what it takes.”

There is no word on the condition of the two people who were injured in the crash.