Milwaukee Police say from January 2017 to June of this year, 131 aggressive panhandling citations have been written out.

MILWAUKEE -- Is an ordinance designed to curb panhandling on medians or freeway ramps being enforced in Milwaukee?

The common council unanimously approved the ordinance in October 2016, over growing safety concerns.

Milwaukee Police say from January 2017 to June of this year, 131 aggressive panhandling citations have been written out. 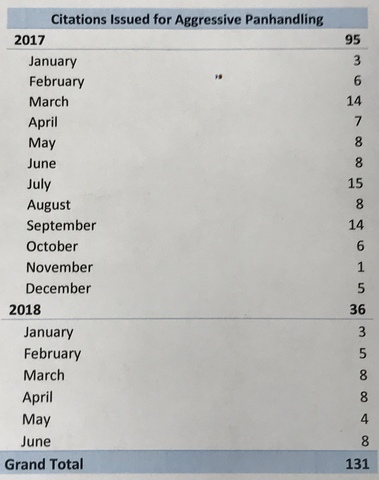 Some of the numbers from year-to-year show a big difference, such as May 2017 when there were eight citations to four in May of 2018. If you go to the next month in June, that number remains unchanged at eight citations for both years.

Alderman Bob Donovan who sponsored the ordinance says this law had to happen in our city after growing concern about the safety of those standing in the median, and drivers going past them.

Donovan believes the number of citations given out, seems low.

"If you only have eight citations in a month, that's ridiculous. You could have them an hour every single day of the week," said Donovan.

Donovan says police are not the only ones in charge of stopping this. The common council passed an ordinance known as "Keep the Change." It encourages you to donate to legitimate charities, rather than hand money to people on the side of the road.