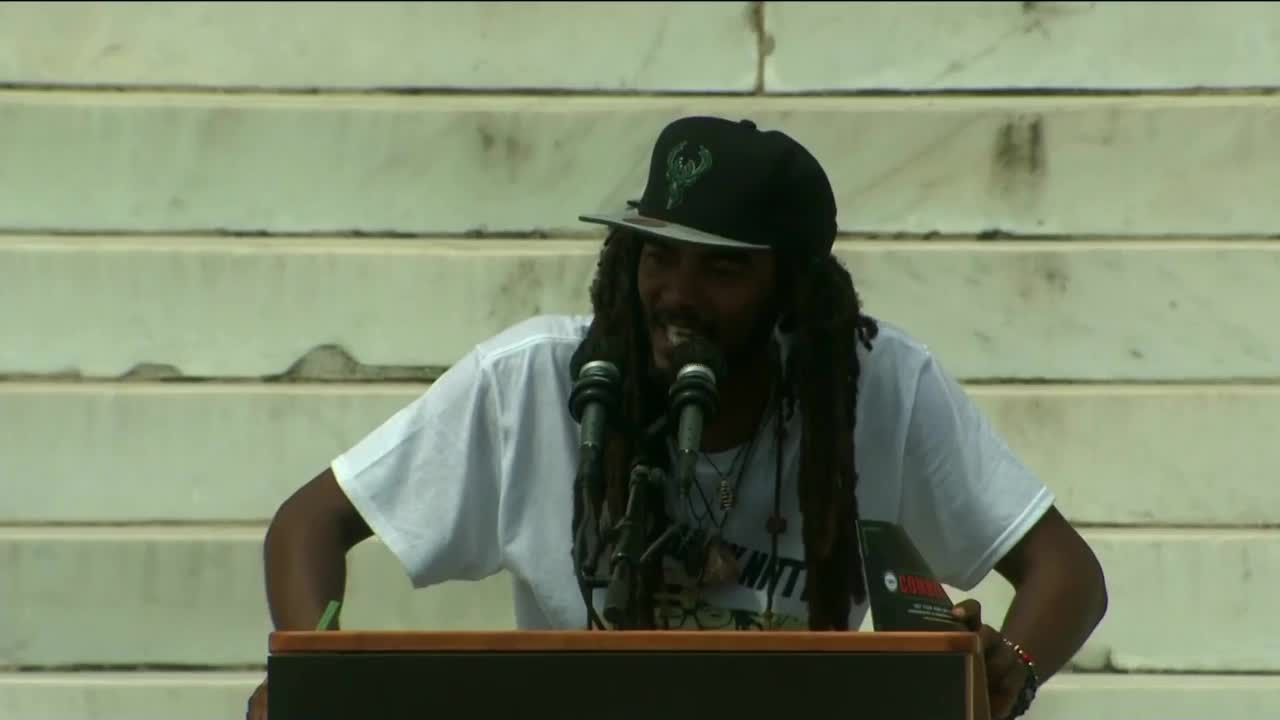 After marching 750 miles from Milwaukee to Washington, activist Frank Nitty made a passionate demand for change at the 2020 March on Washington.

“‘I’m tired. Are y’all tired? Because I’m tired. My grandsons aren’t going to be marching for the same stuff my grandaddy marched for," Nitty said. "This is the revolution. We just marched 750 miles from Milwaukee, Wisconsin - 24 days to get here, because we’re not going to stop until we get change.”

Nitty and other local protesters were shot at earlier this month as they made the 750-mile trek. One person in the group was injured, but will survive.

Pennsylvania State Police say "gunfire was exchanged" during an incident between the protesters and two area residents. The two residents were questioned, but nobody was arrested.

In a video posted to Facebook, marcher Tory Lowe said the group had parked to organize before they walked up an incline when a man emerged from a house and started shooting at them with a rifle, firing at least seven shots.

At the March on Washington Friday, Nitty expressed frustration that marchers are still protesting the same issues that were addressed at the first march, nearly 60 years ago.