'I really wanted someone to look like me:' Santa shares importance of holiday inclusion 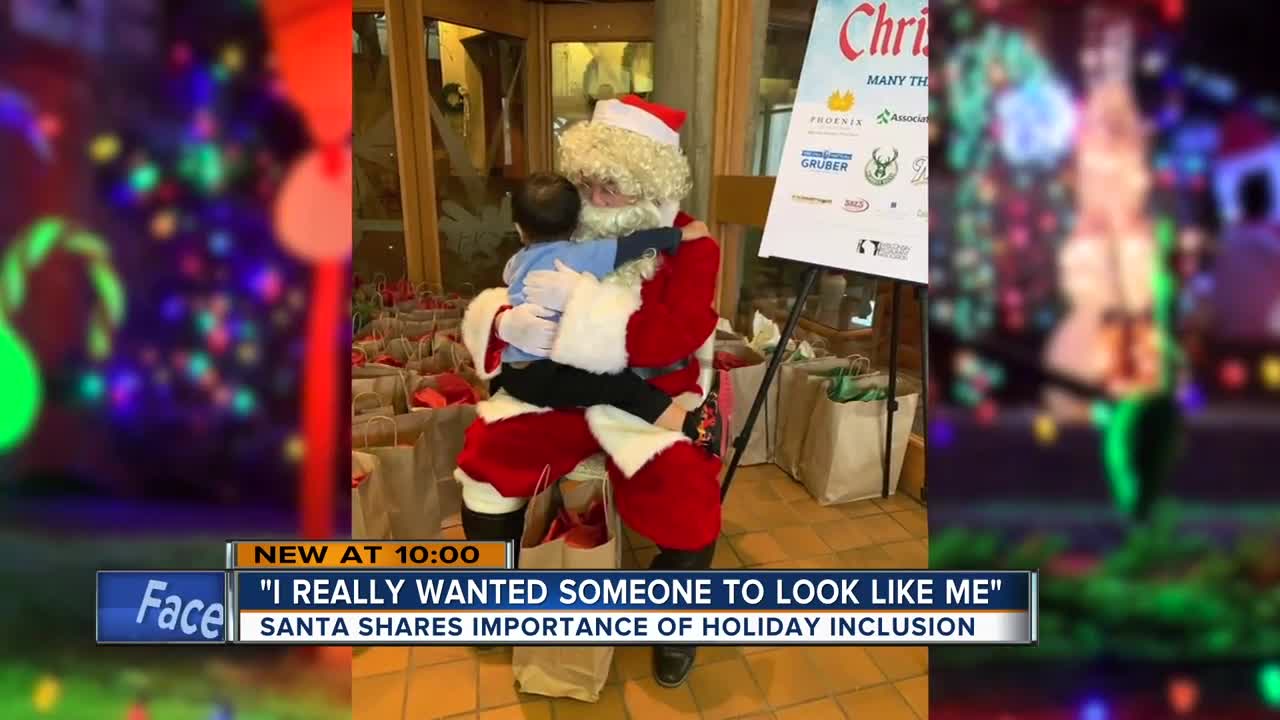 When kids across Milwaukee see Santa this year, there’s a better chance he’ll look like them, and that’s because holiday celebrations are looking more diverse.

When kids across Milwaukee see Santa this year, there’s a better chance he’ll look like them, and that’s because holiday celebrations are looking more diverse.

Erik Kennedy, who is Asian, has been playing Santa for a few years.

“It's a great thing that people from all different backgrounds can relate to Santas and define what their Santa is,” Kennedy said.

Santa is a jolly fella, has a big belly and is always there to bring some holiday cheer, but he can also be a symbol of inclusion, which isn’t the norm looking back in history.

Kennedy is challenging that.

“Really change that narrative and really exemplify what our community is. It's filled with diversity and inclusion, and accessibility,” Kennedy said.

He's giving Asian kids a Santa that looks like them, something he wishes he had growing up.

“I really wanted someone to look like me and look up to,” Kennedy said.

Over at the Marcus Performing Arts Center, local actors are providing a diverse representation of the Christmas story, performing in the holiday musical, "Black Nativity."

“They consider this our ‘A Christmas Carol.’ It's representative of the culture,” Wanzo said.

She hopes to see more inclusion in holiday shows.

“In theater, in the performing arts, in general, we could have more diversity for sure,” Wanzo said.

However, Kennedy (Santa) said more people are committed to providing a diverse holiday experience than in the past, and to keep that up he wants to send a message.

“Santa hopes that we treat each other with respect and with love,” Kennedy said.