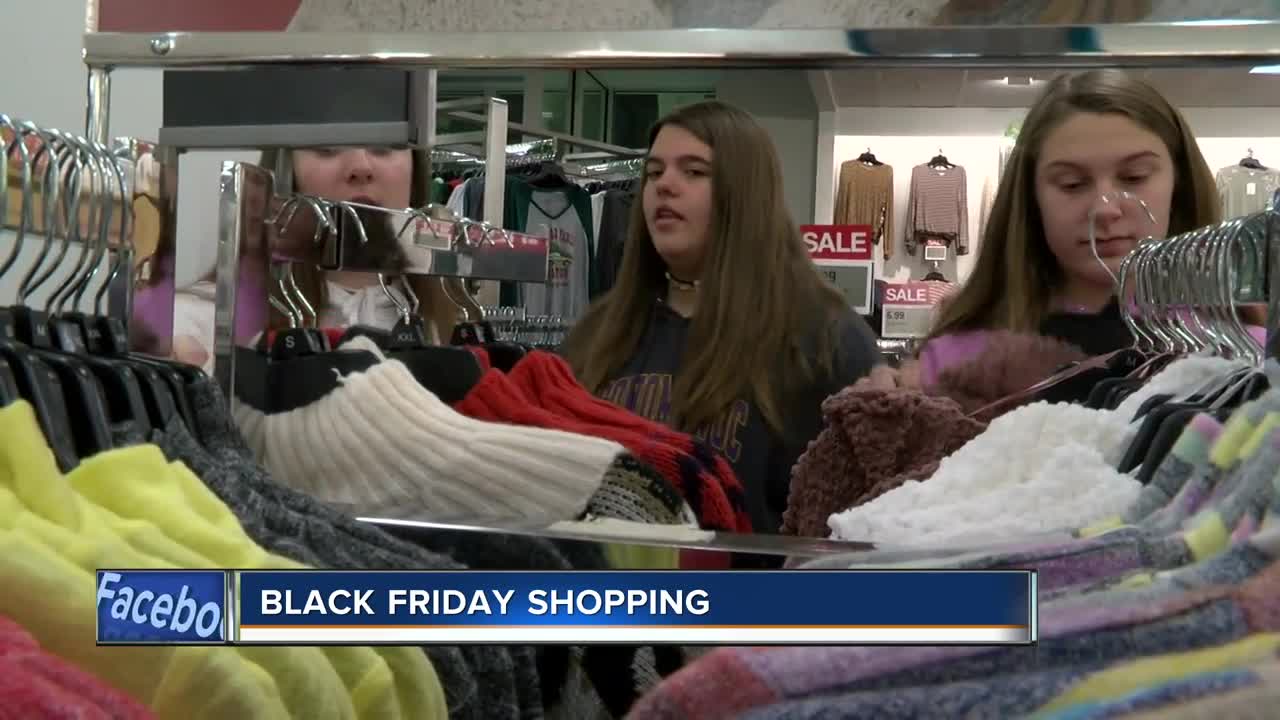 Experts predict that fewer people will go to a store for Black Friday shopping, but don't let that fool you. Plenty of people still went out to shop.

WAUWATOSA, Wis — America's biggest shopping day of the year is still getting people out of bed at the crack of dawn.

"We just started," said shopper Dan Vecchio. "We had a good breakfast, we're going to be shopping all day. I love Black Friday."

"Well, we woke up pretty early today to go shopping," said Susie Fastner. "We finished now, what time is it, 11? But we started around six."

"It's not that bad., They have it pretty well handled with crowds and sales are awesome," said Milissa Christenson.

Believe it or not, Black Friday shoppers are in the minority, though. A recent study by PricewaterhouseCoopers found 36 percent will go to a store this year, which is down from 51 percent in 2016. The study also found 86 percent of shoppers will spend the same or more this year.

But some say scoring a deal online just isn't the same.

"I like meeting people, and I don't know, just seeing people out and being crazy on Black Friday," said Devin Robertson.

Black Friday shoppers say good strategy and a good attitude can help you through this holiday season.