"I am here because I completed self-checks": Brown Deer Police Officer shares story of breast cancer 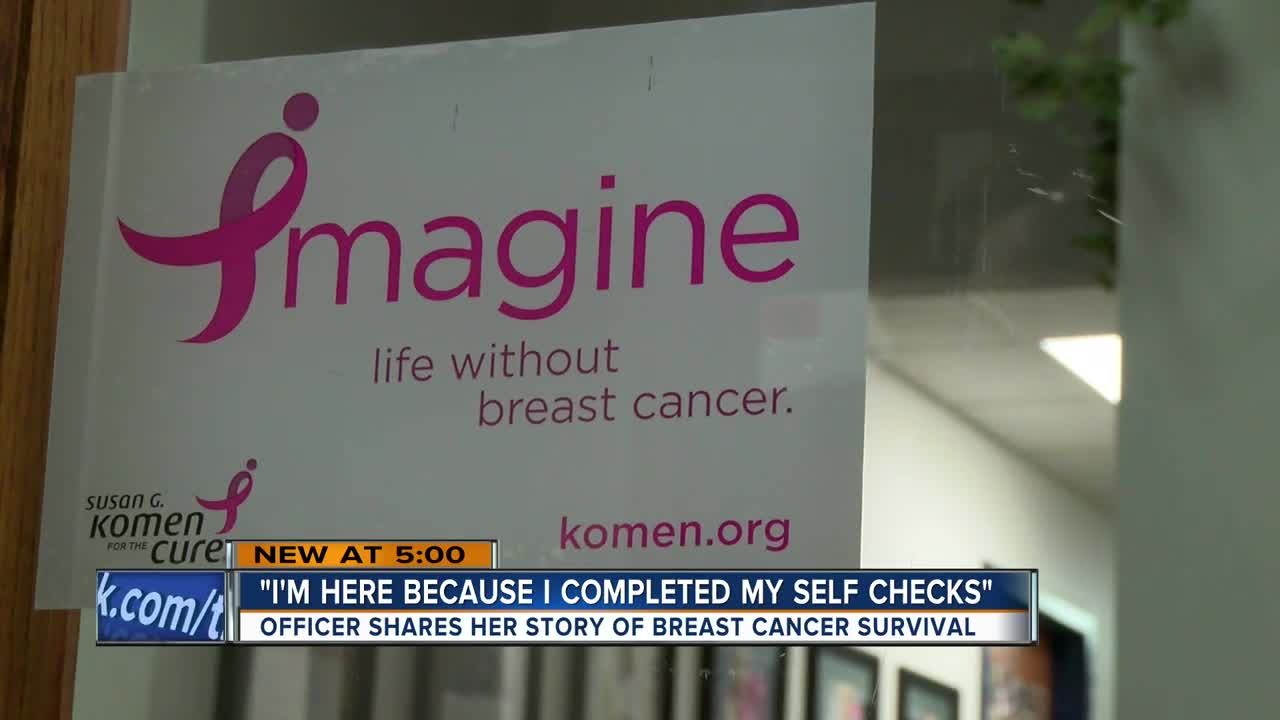 A Brown Deer Police Officer tells her story on how self checks saved her life.

BROWN DEER — She took an oath to protect and serve, and she's doing that by sharing her story of breast cancer.

Brown Deer Police Officer Jill Ziese was 36 years old when she was diagnosed with breast cancer.

"I remember vividly where I was, I found a lump, got in the next day, they said you need a mammogram, and then after that they did an ultrasound," Ziese said. "And as soon as I saw the ultrasound I knew that it was cancer."

Ziese was diagnosed again in 2017.

"The second time I got angry," Ziese said. "Then it was like, oh, ok, this is something that is not just going to go away."

On Tuesday she posted a video encouraging others to do the one thing she believes saved her life.

"I'm happy to say I've been cancer free for a year, and I believe that I'm here because I completed my self-checks," Ziese said in the video.

"Knowing your girls and knowing your normal can absolutely save your life," said Dana Smith, program manager of Conversations with Komen.

Ziese has been an officer for nearly 17 years and believes her job helped her through. She prefers the term 'warrior' over 'survivor.'

"I kind of looked at it like I'm this warrior, and I'm fighting this battle, and I am going to win," Ziese said.

At some points, she feared she wouldn't be able to return to her job as an officer, a job she said she has worked so hard for. But she believes her cancer journey has helped her as an officer.

"When I go to calls, these people are at their worst moments, they're at a vulnerable time and they may just need someone to listen," Ziese said.

She hopes her message can save someone's life.

"If I can help one person get early detection this will all be worth it," Ziese said.

You can find more about breast self-awareness at Breast Self-Awareness [komenwisconsin.org].