Housing & Health: How minority communities are left out on both 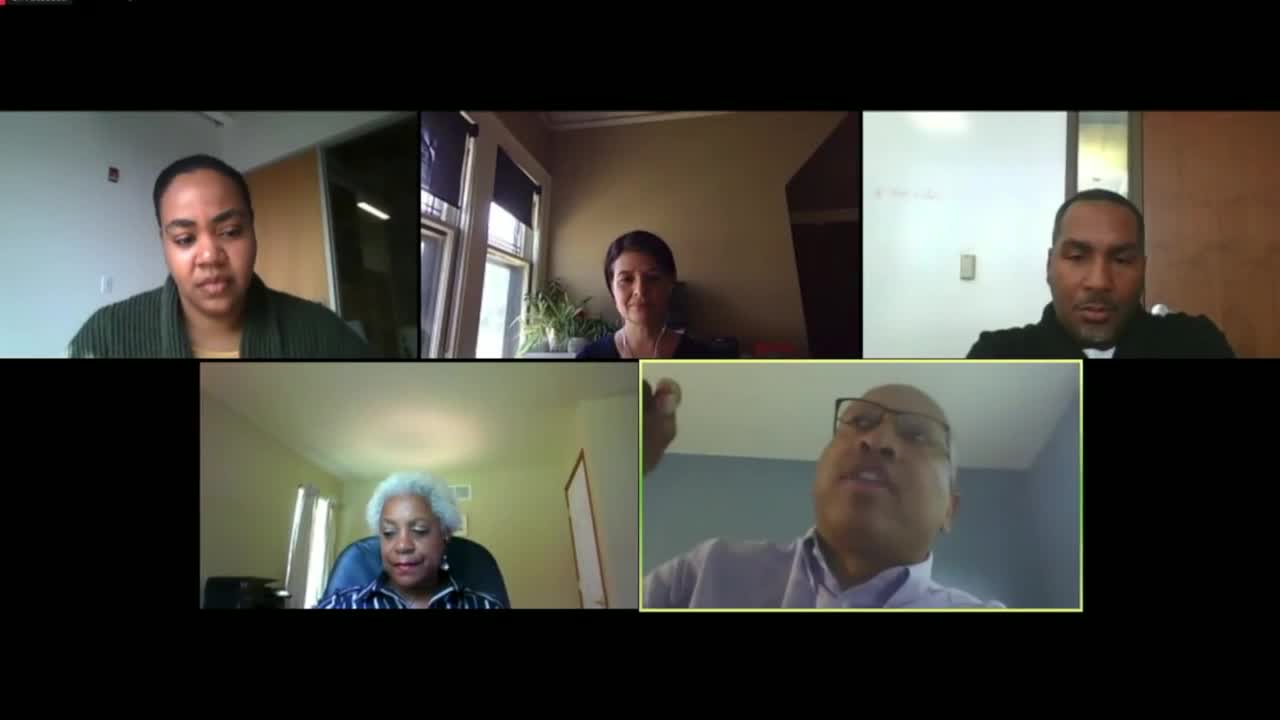 “Housing is a social determinant of health,” Dr. Sacoby Wilson, professor at the University of Maryland said. “Housing is cultured. Housing is wealth. Housing is health.”

The webinar was held in conjunction with MKE Film’s Minority Health Film Festival. Thursday’s talk involved a documentary being shown called “Cooked: Survival by ZIP Code.” The film looks at a devastating heat wave in Chicago in 1995 where some 700 people, mostly elderly and those living in poverty.

“This was 400 years in the making,” Doroty York with ACTS Housing said. “The intentionality of situations we find ourselves in where certain people are relegated to a space they are in. It’s happened over a long time. It was restrictive covenants, redlining, all things that said, if you’re Black or brown, you can’t live here or there. You can’t get this type of mortgage. You can’t get this mortgage insurance or this loan.”

In the documentary, they reflect on how the heat wave was covered by the media. The story was covered as just that; a heat wave where people were dying in terrifyingly high numbers. However, no one touched on why the people who were dying were those who were elderly or in poverty.

Issues like redlining have forced African Americans into lower levels of homeownership. In Milwaukee County, less than 24 percent of African Americans are homeowners. As a result, those neighborhoods have been impacted by having lower tax bases, worse schools, lower employment and higher crime. The people of color who live there then have their health negatively impacted mainly due to their surroundings.

"Neighborhoods with differential access to food, to transit, low quality housing, more pests, highways through our neighborhoods man,” Wilson said. “Let me say this. There is no reason why we should have communities with industrial hazards stacked up near where people live. How are you going to put America first if you don’t put kids first y’all? You shouldn’t have kids in houses with lead paint. Think about other places in the country with lead pipes. They should have been removed years ago.”

"Your neighborhood and the environmental factors that may influence you or your nutrition,” Izard said. “Thinking about your employment and income every single one of those components for African Americans have been influenced because of their lineage here in the country. For African Americans, every single social determinant of health is directly linked to their lineage to slavery and the lack of economic inclusion. In order to repair health, you have to address all of those economically driven components.”

The first African slaves came to America in 1619. Izard says the descendants of those slaves have an avalanche of problems that can be linked directly to slavery. These health issues aren’t genetic or even from choice.

“Health behaviors are about 30 percent of the reason,” Izard said. “The other 70 percent is societal based. For African Americans, all of those things are linked to our economic inclusion in the United States.”

The continuous oppression of African Americans since slavery have made it all but impossible to find equity today. Even for those who find success, Izard says they have the centuries of problems hanging over their heads.

“We know for a fact, African Americans who are highly educated, live in good neighborhoods, don’t participate in poor health behaviors like smoking, they still have significantly higher cardiovascular disease,” Izard said. “Much higher strokes. Much higher cancer rates as well as infant mortality. We cannot say that health behaviors are the driving force.”

Fortunately, Izard says the solution isn’t hard to find but implementing it may be.

"The reality, we do know how to answer it but we’re not willing to sacrifice to make it happen,” Izard said. “In order to gain parity, is live to the true tenants of our constitution. We’re going to make sure all citizens are treated with justice for all.”

One factor to start the healing process is homeownership and building better neighborhoods. Understanding there are still a number of hurdles facing communities of color in that, FUEL Milwaukee hosted several other speakers on this webinar from ACTS Housing, Community Advocates and the Zilber Foundation. All of which have different programs to help. From those who have been evicted to those who are looking to get out of renting and into owning a home; even with a low income.

For more help from eviction or energy bill payments and more services, visit Community Advocates. If you’re interested in finding out more about homeownership, ACTS Housing is the place to go where they can even low-income folks find ways to purchase homes. The Zilber Family Foundation helps support a number of other efforts as well and have more information on their website.