Homeowner stuck with repair bill despite buying a home warranty 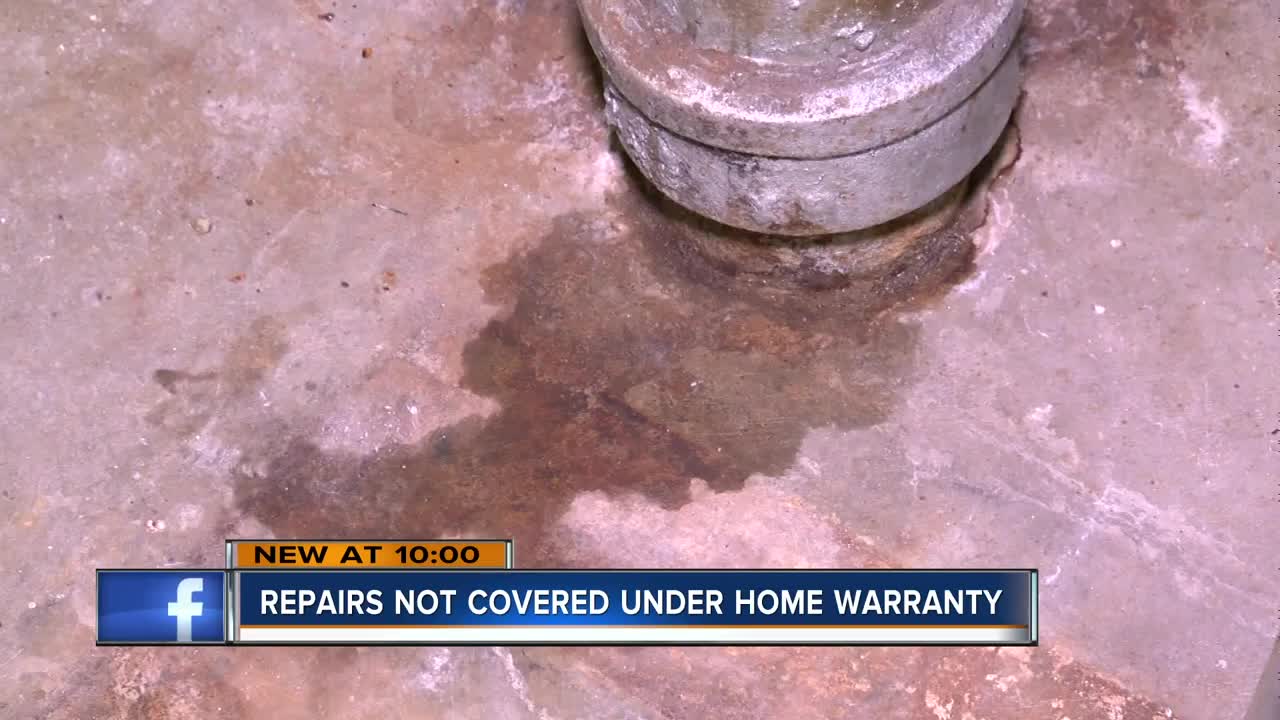 As a first-time homebuyer, Amir Hesamian wanted to cover his bases. He had an inspector check out the house and nothing major came up. He also spent nearly $500 and bought a home warranty plan. It's a contract covering certain home repairs for the first year. But, in his case, he still paid a big price to fix a problem.

WHITEFISH BAY — As a first-time homebuyer, Amir Hesamian wanted to cover his bases. He had an inspector check out the house and nothing major came up. He also spent nearly $500 and bought a home warranty plan. It's a contract covering certain home repairs for the first year. But, in his case, he still paid a big price to fix a problem.

“We slept the night. We didn't use the bathroom. In the morning, we used the bathroom and then there's a leak!” he said.

He thought the fix would be simple: Contact the home warranty company, have a plumber come out, and it would be all covered. But, that's not what happened.

“The technician told me because it's an existing issue and they did an improper install of the toilet they are not going to cover it,” Hesamian explained.

TODAY’S TMJ4 contacted the company that inspected the home. They told us no water was present when they flushed the toilet multiple times.

The I-team reached out to HSA, the company Hesamian bought the warranty from. A spokesperson told us,

“Our top priority is helping consumers cover the cost of repair or replacement of home system components and appliances through a home service agreement.

In Mr. Hesamian’s situation, his plumbing issue was caused by improper installation of his bathroom floor. When a new floor was installed, it was laid over the old floor and the toilet flange was never raised, which caused the toilet to leak.

While we do offer coverage for improper installations, this coverage is not included in the base plan that Mr. Hesamian purchased. The limitations and exclusions of our base plan are clearly outlined both in Mr. Hesamian’s contract and in marketing materials online.

We value the opportunity to serve Mr. Hesamian, and as a gesture of goodwill, we have reimbursed him for the trade service fee associated with this service request.

The I-team looked over Hesamian's contract. Page nine mentions "limitations of liability" and says "coverage does not apply in detectable pre-existing defects or deficiencies…”

As far as the online marketing materials, on the website, it does say

“When you are closing on a house they don't show you the fifty-page documentation, the contract,” Hesamian told the I-team.

“It's fifty pages who had the time to read that full contract?” he continued.

Now Hesamian is paying about $900 to have a different contractor come out and make a repair.

“This is the only bathroom I have and it doesn't really matter if it's an existing issue or not. This is the definition of home warranty if something doesn't work, something this urgent you need to come help us,” he said.

“The learning experience is just being aware. Be aware of what's going on,” he continued.

As far as pursuing legal action against the person who sold him the home, that's not a route Hesamian wants to take.

The Office of the Commissioner of Insurance has more on the laws concerning warranties and recommends questions consumers should ask when deciding whether to buy one. Click here for more information. The BBB also has tips on handling home warranty issues.