House believed to be connected to crime burned, two shot 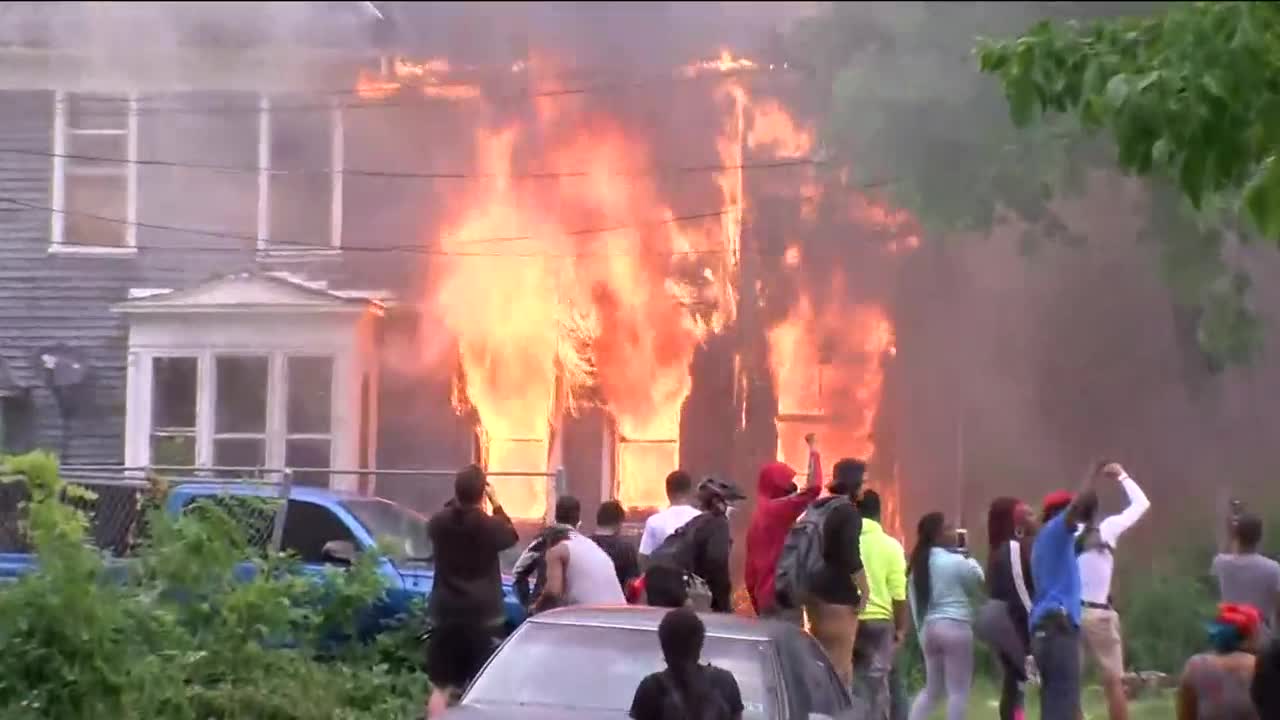 Three people were shot, including two 14-year-olds, a house was set on fire, and police had fired tear gas and pepper spray on some members of a scattered crowd

MILWAUKEE — A chaotic evening on Milwaukee north side all centered around a house that an angry crowd eventually burned. The Director of the City's Office of Violence Prevention believes that the incident started over the neighborhood’s concern over two missing girls.

“Obviously there is a lot of rage in this neighborhood about what was happening in that house allegedly,” said Reggie Moore.

Milwaukee Police records show 30 calls for service to the home located near 40th and Lloyd since 2017.

Earlier Tuesday, a relative of the two missing girls was in the neighborhood conducting her own search for the children. Throughout the afternoon other parents with missing kids showed up to talk about their concerns.

A Milwaukee mother said that her 14-year-old went missing last year and she had concerns about this area. She recalls finding her daughter without police help.

“Didn’t nobody helped me. I went by myself on my own. Then I brought in the police,” said Shemika Jones.

That same frustration appeared to run through the crowd. Some of it focused on the house, some of it police.

The Milwaukee Police Department said that seven police officers and one firefighter were hurt when fires were set in the neighborhood near 40th and Lloyd Street. During the unrest, three people were shot and wounded following initial reports of shots fired Tuesday morning.

Police provide an update after unrest near 40th and Lloyd

Things boiled over just after 5 p.m. and people started throwing Molotov cocktails at the home. As the house burned one man shouted, “We don’t stand for child rape.”

Moments after, gunshots rang out in the crowd. Police said that a 14 and 15-year-old were hit. They took themselves to the hospital.

While that was going on, fire crews were still trying reach the burning home. Police cleared a path for firefighters, but the situation remained tense.At one point, police fired what appeared to be smoke at crowds while firefighters worked to extinguish the blaze.

However, still no clear answer on why.

“We want our children and our family to be safe,” said Moore. “So it’s our hope we get to the bottom of what was going on there.”

Of the two girls reported missing on Tuesday, one has been found.