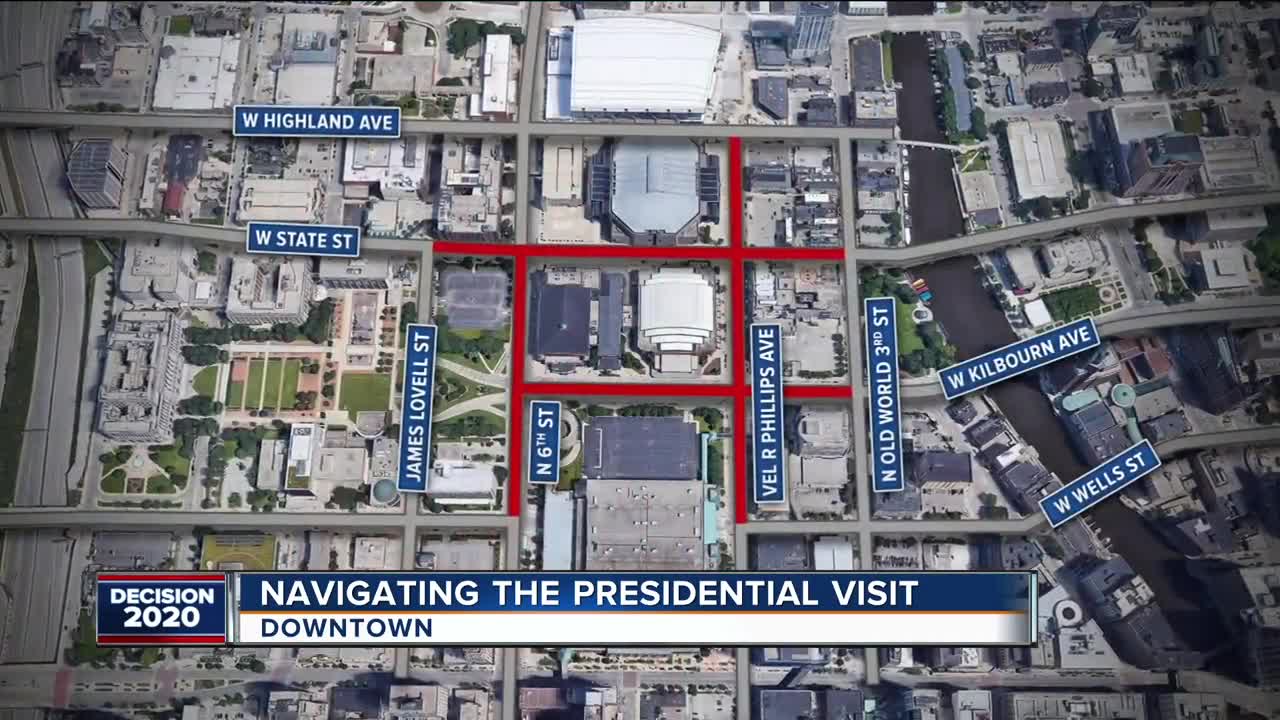 President Trump and Vice President Pence are expected to be in Milwaukee Tuesday night for a campaign rally at the Milwaukee Panther Arena. 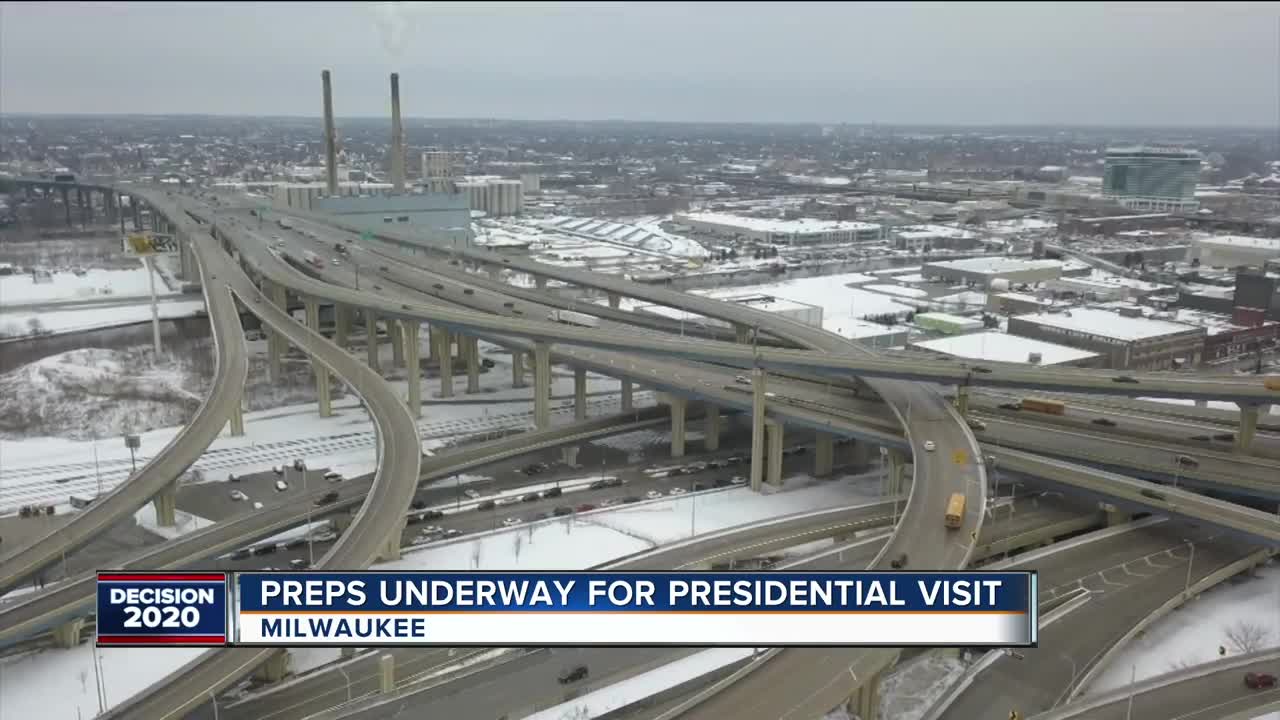 President Donald Trump and Vice President Mike Pence are expected to be in Milwaukee Tuesday night for a campaign rally at the Milwaukee Panther Arena. 24 hours ahead of their visit, crowds began to lineup outside the arena.

Prior to their arrival, Cudahy police and the Milwaukee Bucks are warning Milwaukee citizens of expected traffic and delays.

The Milwaukee Bucks are urging fans to arrive early for Tuesday's game due to expected delays from the president's visit. Typically, Fiserv Forum opens its doors at 5:30 p.m. for 7:00 p.m. games but due to the expected congestion, they are opening their doors 30 minutes earlier, at 5:00 p.m.

The Milwaukee Police Department says street closures will begin at 12:00 p.m. and are expected to reopen at 10:00 p.m. in the following areas:

Parking will be allowed in the parking lots in the area; however, there will be no on street parking at the following locations:

Cudahy police also stated that they will be assisting the president's visit with traffic control and added police presence. Additionally, they would like to warn Milwaukee drivers that portions of S. Pennsylvania Avenue will close and traffic will be re-routed during the late afternoon and evening hours.

"We apologize in advance for any inconvenience this may cause and we appreciate everyone's patience tomorrow," said Sgt. Tom Livesey with Cudahy Police Department.

In addition to the Bucks game and President Trump's visit, there will also be an anti-Trump rally at Red Arrow Park Tuesday night which may draw in even more crowds.

MCTS expects that there will be impacts to Route 80 as well as Freeway Flyer Routes 44, 49, 79 and 143. Bus stops along 6th Street between Wisconsin and Highland and on Kilbourn between 6th and Vel Phillips will be unavailable during that window.

Anyone who wants to avoid parking downtown on Tuesday can ride MCTS Routes 15, 19, 33, 57, 80 and the GreenLine – which all stop within walking distance of the arena district. They say to be aware that there may be delays and temporary detours.