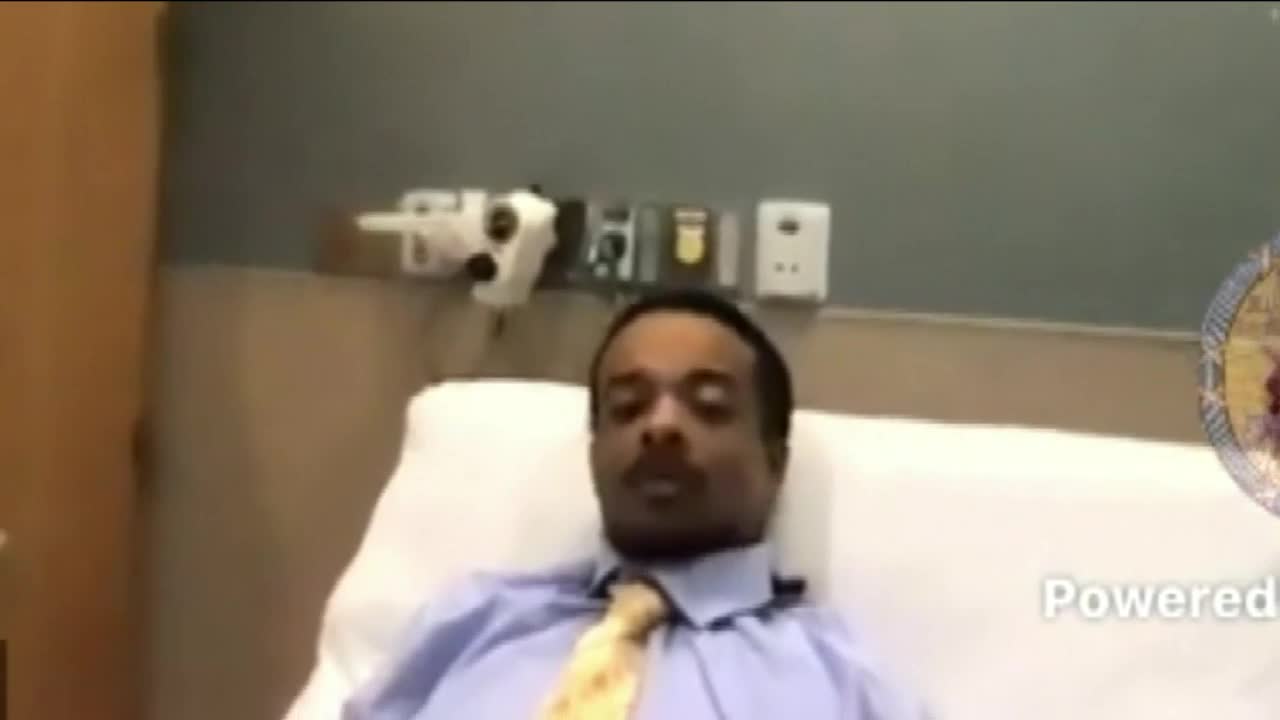 Attorneys for Jacob Blake entered a plea of not guilty during a hearing on Friday related to several charges, including sexual assault and disorderly conduct.

KENOSHA — Attorneys for Jacob Blake entered a plea of not guilty during a hearing on Friday related to several charges, including sexual assault and disorderly conduct.

A hearing was set for Jacob Blake on Friday afternoon in relation to domestic abuse charges filed against him earlier this year.

According to a criminal complaint filed in July, Blake is accused of sexually assaulting a woman back in May. The woman told police that Blake also took her car keys and a debit card from her before fleeing. Blake was also charged with disorderly conduct - domestic abuse and criminal trespass - domestic abuse.

The Kenosha County District Attorney's Office said those charges were what Blake was wanted for at the time of the police shooting on Aug. 23.

Blake was shot several times in the back by Kenosha police officer Rusten Sheskey. The shooting received national attention and several nights of unrest followed in Kenosha, some of which was violent.

The shooting is currently under investigation by the Wisconsin Department of Justice.

Blake is being represented by Patrick Cafferty for the domestic charges. Civil rights attorney Ben Crump and Patrick Salvi Jr. are representing him for the police shooting.

HAPPENING NOW: #JacobBlake currently has a court hearing underway virtually in #Kenosha. He is in his hospital bed with a dress shirt and tie and appears to be doing well.

This hearing is for DV charges against him from earlier this year: