'He absolutely didn't have a pulse:' Kenosha man grateful for the people who saved his life 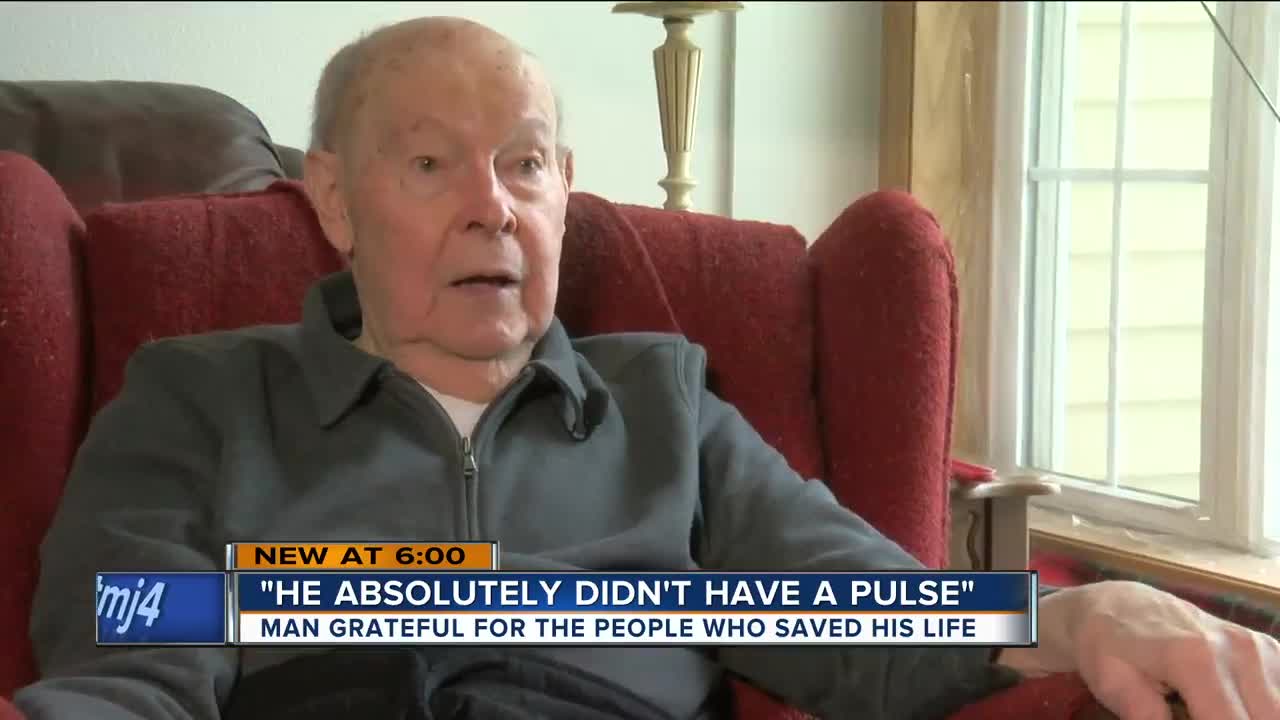 There is something to be said about being in the right place at the right time. Robert Mech is grateful he was at Friedens Lutheran Church on the morning of February 2nd.

KENOSHA — There is something to be said about being in the right place at the right time.

Robert Mech is grateful he was at Friedens Lutheran Church on the morning of February 2nd.

It was Robert's first time back at church in several weeks. He remembers feeling fuzzy before he passed out.

"I told the pastor it wasn’t his fault or his sermon that did it," Robert said chuckling.

The 91-year-old does not remember much else, but he knows several people jumped in to help him.

"What really happened here is quick action from everybody so he got CPR quick," said Scott Carter, a firefighter paramedic with Kenosha Fire Department.

Scott was off-duty and sitting with his family when Robert collapsed. Typically, Scott's family sits in the balcony, but that day the kids had to sing in the church so they sat near the altar.

As one man caught Robert to keep him from falling, a woman alerted Scott.

Robert did not have a pulse, that's when Scott started CPR. He used a mask from an AED to give breaths.

The worship service came to a halt.

"I was thinking about Bob is he okay? Because he had just been in and out of the hospital," said Rev. Michale Gorte, Pastor at Friedens Lutheran Church.

"I'm glad I was in church because if I had that episode at home I'd be dead," said Robert.

"I think just the fact you saw 5 to 6 people that were just willing to jump in that shows this is a community that cares about each other," said Rev. Gorte.

It was not the first time Scott saved a life off-duty.

In 2017, Scott was in St. Louis with family when he saved a kid named Roy from nearly drowning at a hotel pool. Scott gave the boy chest compressions.

Looking back at all the forces that led him to Robert and Roy, Scott does not think any of it was by accident.

"I do see it as the right place at the right time, but I also see it as like this must've been kind of God's plan that this happened this way," said Scott.

The gravity of it all is not lost on Robert. He joked that his wife Ethel, who passed away 4 years ago, was not ready for him.