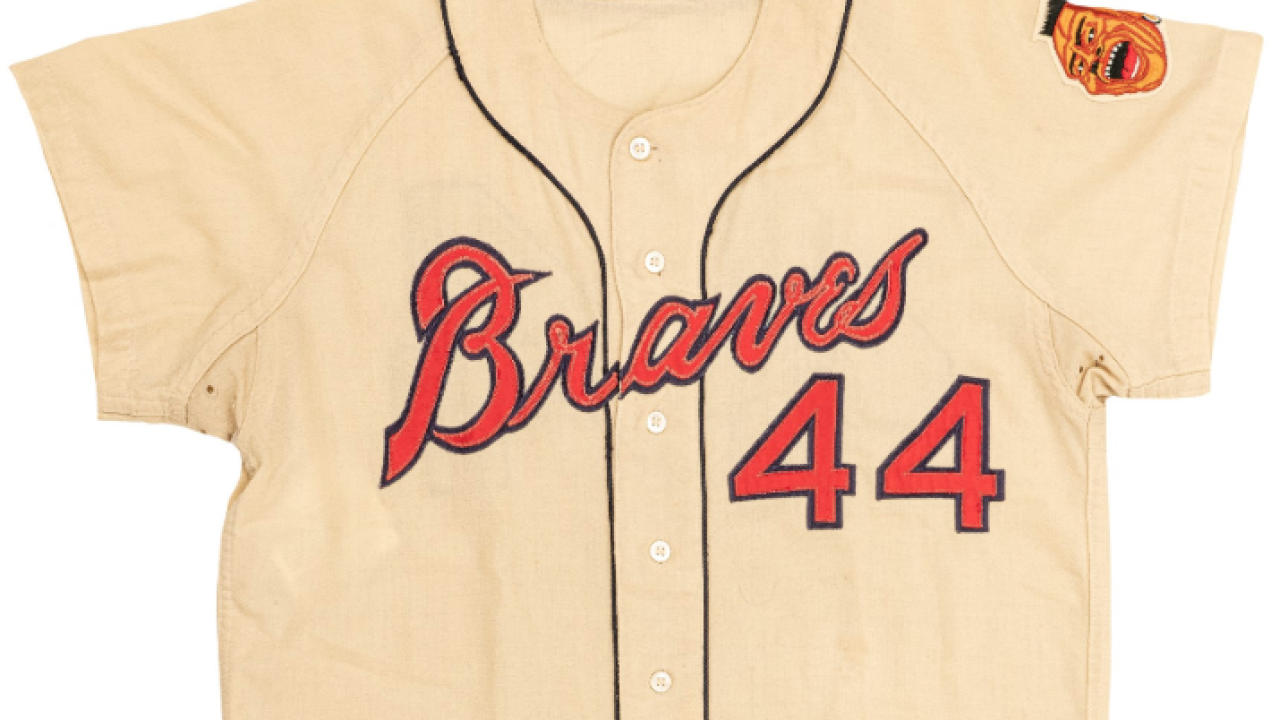 A 1965 Milwaukee Braves jersey worn by Hank Aaron himself sold for a whopping $138,000 Sunday.

Aaron wore the home jersey during the club's final season.

The white flannel jersey has "Braves" lettered across the chest and features the number 44 on the left breast as well as on the back. Aaron's name, the year and the jersey's set number are chain-stitched in black in the collar. Aaron also signed the jersey in black marker.

The jersey dates back to the Milwaukee Brave's final season in 1965 before the team moved to Atlanta. During that time, Aaron hit 32 of his eventual career total 755 home runs.

The jersey was part of the Robert Edwards Auctions. The bidding started at $25,000.