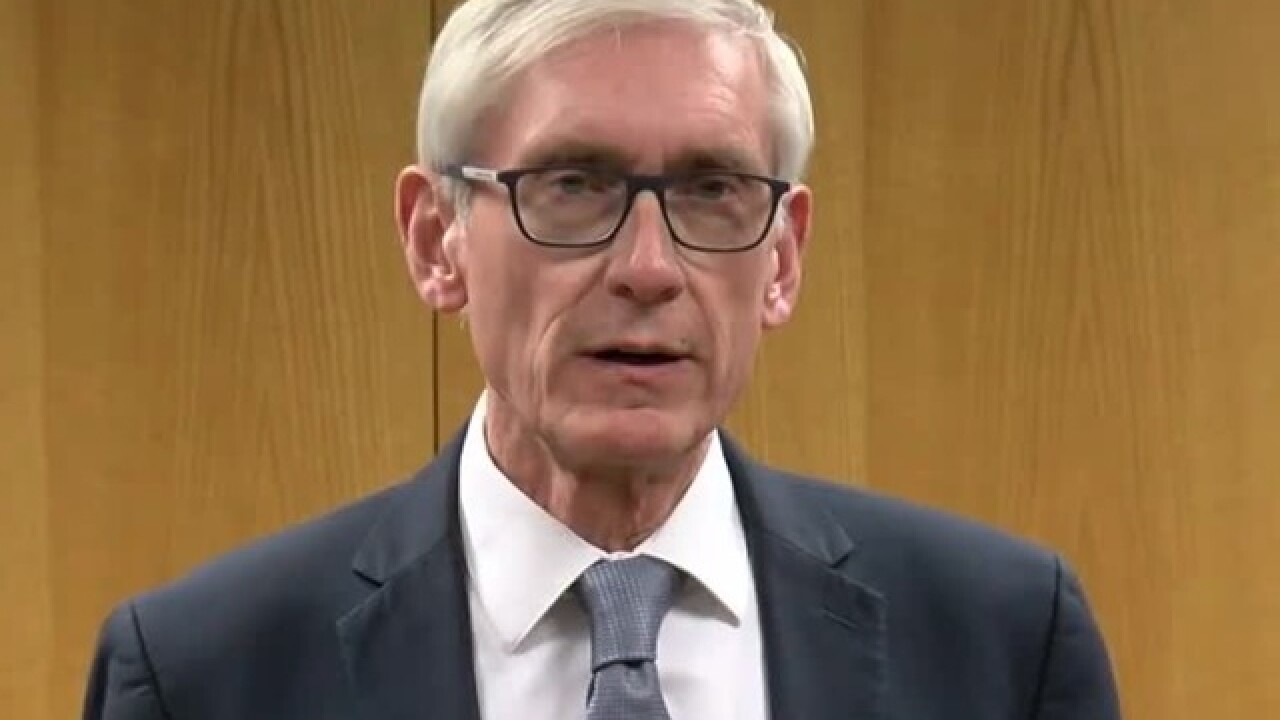 Here's a look at the challenges lawmakers face as they head into the two-year legislative session:

Evers made big promises on the campaign trail, including pledges to reduce the state's prison population by half, find a long-term funding solution for roads, expand Medicaid and hand public schools an additional $1.4 billion. But he can't do anything without the approval of the Republican-controlled Legislature.

Even some Republicans voiced frustration with the lame-duck session.

"There's no trust on either side," Republican state Rep. Joel Kitchens told the Door County Pulse. "This will make me redouble our efforts to work together and get past this. I don't want this to be my life."

Republican Senate Majority Leader Scott Fitzgerald predicted that the Legislature will write its own budget and ignore what Evers submits. That sets the stage for what is likely to be a protracted battle to pass a two-year spending plan.

Republicans have controlled both legislative chambers since 2011 but have struggled to work together. Most significantly, in 2017 they couldn't agree on a long-term transportation funding plan, delaying passage of the last state budget before they ultimately agreed to borrow more to avoid a more permanent solution. During that battle, Assembly Speaker Robin Vos called three Republican senators who finally brokered a budget deal "terrorists."

The Senate will only become more conservative this session, with the election of Andre Jacque, a state representative who clashed with Vos when he pushed hard-line anti-abortion bills. Fitzgerald said Republicans will have to work harder at getting along.

Finding a long-term funding solution for Wisconsin's roads has vexed Republicans for years. Vos insists that the state needs new revenue streams; his proposal to raise the gas tax led to the impasse with Walker and Senate Republicans that delayed the last state budget. Walker solved the problem by borrowing more money, keeping the issue alive for Evers and the next Legislature. Evers says he's open to anything, including raising the gas tax.

Evers promised to give schools an additional $1.4 billion in the next state budget. Republicans say that's unrealistic. That sets up the likelihood that the Legislature will write its own budget, but Evers maintains strong veto power that he can use to get it back closer to what he wants. That could force a compromise.

Evers promised to accept $180 million in federal funding to expand Medicaid coverage for about 75,000 more poor people. But the move would require legislative approval. Fitzgerald said it was too soon to rule it out but Vos said in October it won't happen. Evers plans to count on the money in his first state budget, forcing the GOP to find other revenue sources or make cuts if they won't accept the money.

Evers wants to all but wipe out a manufacturing and agriculture tax credit that Walker and Republicans enacted. Evers' proposal would save $300 million, which he would use to cover an income tax cut. Republicans want to keep the credit. Fitzgerald said Senate Republicans are always open to cutting taxes but they won't raise other ones to do it.

Wisconsin's prisons held a record number of adults in 2017 and the population is expected to grow. Assembly Republicans passed a bill in February authorizing $350 million in borrowing to build a new prison but the measure died in the Senate. Evers wants to reduce the population by half. Significant reforms that would reduce the prison population would be a heavy lift for the GOP. Lawmakers did manage to strike a bipartisan deal to overhaul the juvenile justice system last year, kindling hope for compromise.

Evers wants to eliminate the quasi-governmental Wisconsin Economic Development Corporation, which Walker created in 2011. It's probably not going to happen; doing away with the agency would require changing statutes and Republicans would never allow it. Indeed, Republicans in the lame-duck session prohibited Evers from controlling the agency's board and prevented him from replacing CEO Mark Hogan for nine months.

Republicans have been criticized for approving $3 billion in state incentives for Foxconn Technology Group's new flat-screen plant in Mount Pleasant. The incentives are locked in by contract with the Taiwanese electronics giant, but Evers could still bring things to a halt by rescinding the plant's air pollution permits.