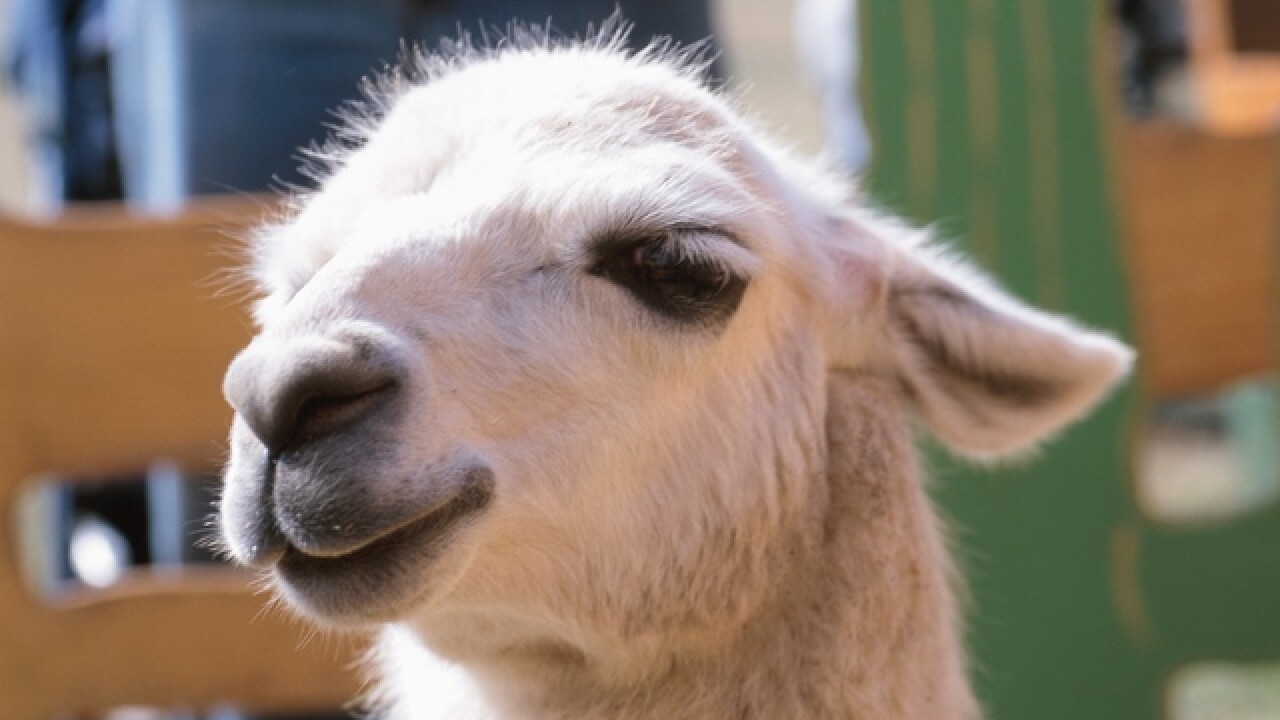 GREEN BAY, Wis. (AP) -- Green Bay's mayor has come up with a novel plan to attract attention to the city's downtown on New Year's Eve: He's going to have a llama wear a sash and march across a bridge.
Mayor Jim Schmitt shared the plan by explaining recently the "Legend of the Lucky Llama," saying that all who see the creature will receive blessings and good fortune, according to the Green Bay Press Gazette .
Never mind that Schmitt concocted the myth himself a few months ago.
His plan is that at about 8:45 p.m. Dec. 31, the llama will cross the Ray Nitschke Memorial Bridge before a fireworks show over the Fox River.
The fortunate llama is Abstract, owned by LeAnna Franklin and Keith Bancroft of KeLe Alpacas in Kewaunee. They mostly raise alpacas, but about a decade ago they took in 15 llamas rescued from a nearby farm.
All the llamas have been sold except for Abstract, who marches in parades and appears at special events across northeastern Wisconsin.

"People at nursing homes just love having him come through," Franklin told the newspaper. "He'll stand absolutely still while people paw all over him."

Schmitt said he hopes his llama legend catches on and becomes a fun tradition. The city has been promoting the plan as (hash)luckyllama on Twitter.
"We'll see if I have good luck with this," Schmitt said.
Associated Press 2015