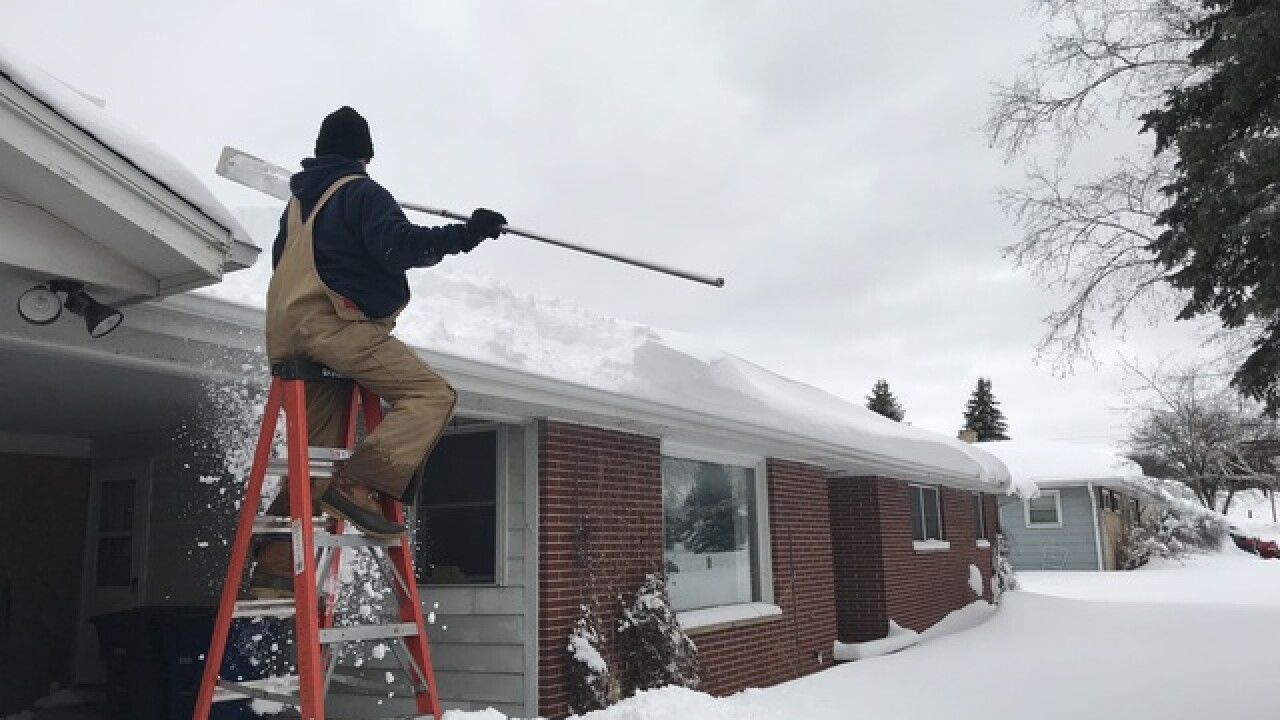 Neighbors in the Green Bay area were digging out of a record snow fall well into Monday afternoon.

More than 2 feet of snow fell, which was the second largest snow storm on record in Green Bay.

"I've never seen this much snow fall here in the winter," said Harry Duescher, of Ashwaubenon, "and this is April."

"Hopefully by June it'll all be gone," he also said.

Duescher was clearing a large snow drift off his roof. He said he heard several roofs in the area collapsed under the heavy snow, and decided it was better to be safe than sorry.

"I've never seen this much snow up there, and I don't trust it," Duescher said. "It's an old style roof. It doesn't have trusses."

Nearby, new resident Robert Davis shoveled his driveway a half dozen times as the snow fell. He said he just moved to Wisconsin.

"It was a little trying, because I don't have a snowblower yet," Davis said. "But it gave me some extra exercise."

Perhaps no one was busier in Ashwaubenon Monday than Don Neuser.

"I've lived here my whole life, and this is the biggest snow I think I've seen," he said.

The 85-year old used a snowblower to clean his driveway. Then he started to work on removing the snow at his sister-in-law's house.

"I've got good genes, what can I say," Neuser said with a smile.

He said he and his neighbors are more than ready for spring weather to finally arrive.

"You just have to live with the snow," Neuser said. "That's what we do every year."