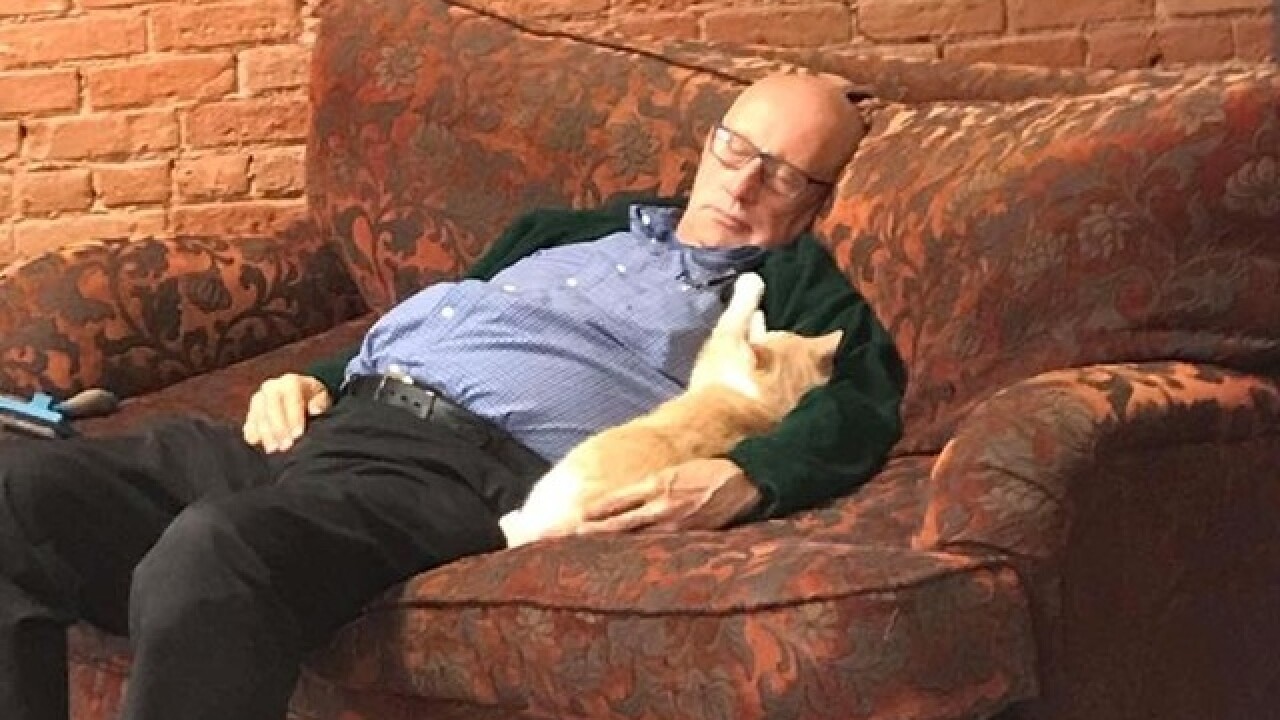 Pictures of a man who volunteers at a Green Bay cat shelter are getting a lot of attention online. So much attention, in fact, that BuzzFeed recently wrote an article about it.

The photos show a man named Terry taking naps with cats at the Safe Haven Pet Sanctuary in Green Bay.

On the pet sanctuary's Facebook page, the story goes that Terry walked in one day and offered to brush the cats. He's been brushing all the cats ever since, and occasionally falls asleep, leading to some heart-warming picture-purrrfect moments.

You can watch a Facebook Live interview with Terry via Safe Haven Pet Sanctuary below:

The shelter says they're lucky to have a human like Terry.