Grafton police use artificial intelligence for new type of policing 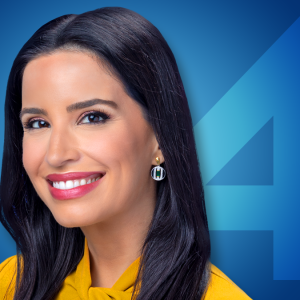 There’s a new type of policing, using the help of artificial intelligence.

This camera can scan hundreds of cars a minute, to track down wanted criminals.

It is called a Flock Safety camera.

Grafton Police showed us how it has worked.

For example in less than 2.5 minutes, Chief Jeff Caponera found the car our TMJ4 News crew drove to the interview.

A camera installed on I-43 near the Washington Street exit, captured images of our SUV, along with every other vehicle that passes this stationary camera.

Information from those vehicles is put into a national database, where officers can check for wanted criminals, Amber Alerts, Silver Alerts or Green Alerts. It even counts how often a vehicle passes a camera.

It is called a Flock Safety camera.

Grafton has eight of them. Three were bought privately and installed at a heavily trafficked retail area called “The Commons.”

Chief Caponera says this is an area that is very vulnerable, “ULTA specifically has been targeted a lot for their fragrances and perfumes.”

The technology has helped solve several investigations in the two months since it was installed. This includes a homicide, retail thefts, and indecent exposure.

Chief Caponera says of the indecent exposure case, “We didn’t even have a plate. We just had a vehicle description. We were able to identify who that person was.”

A search engine attached to these cameras can narrow down the search results to specific damage to a vehicle if it has a tow hits or even a bumper sticker. But what about privacy?

All of the images captured purged after 30 days.

Grafton police use artificial intelligence for new type of policing

Grafton Police Chief breaks down what is and is not captured on cameras:

TMJ4 News Julia Fello asked the chief, "If there's a neighborhood in Grafton that may be interested in installing it, would you be open to that?"

Each camera costs $2,500. The chief believes it has been well worth the investment.

He left this warning to criminals: “You are going to get caught if you come to Grafton.”

One other police station uses Flock Cameras in Wisconsin. That is in Jackson, located in Washington County. Click here to learn more about Flock safety cameras.