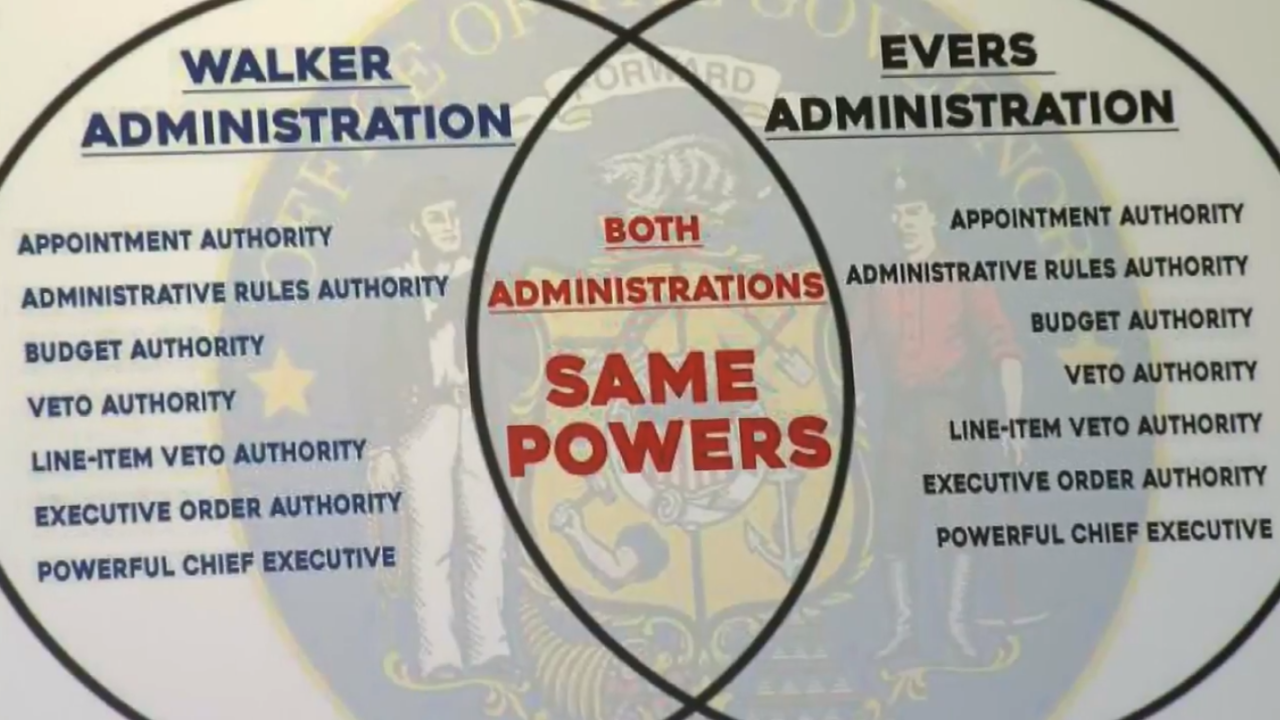 Friday was the day Gov. Scott Walker signed a series of lame-duck bills limiting the power of incoming Gov.-elect Tony Evers and Attorney General Josh Kaul, but what was perhaps even more controversial was the visual Walker used to portray what the new bills mean.

Walker created something that appears to be a Venn diagram, but completely ignores the rules and function of the chart, and believe it or not, Twitter users had something to say about it.

This user correctly utilized the chart to make sense of the governor's.

Scott Walker's idea of a Venn diagram, courtesy of @pbump of the @washingtonpost. https://t.co/9wmvczlESi pic.twitter.com/d7eIbO4GPO

Wisconsin's Charlie Berens of the Manitowoc Minute took to Twitter as well with an elementary example of a Venn diagram.

one of these is a venn diagram pic.twitter.com/gMyDScy7Lu

And lastly, someone did us the courtesy of editing the original chart so that we can all join in on the fun.