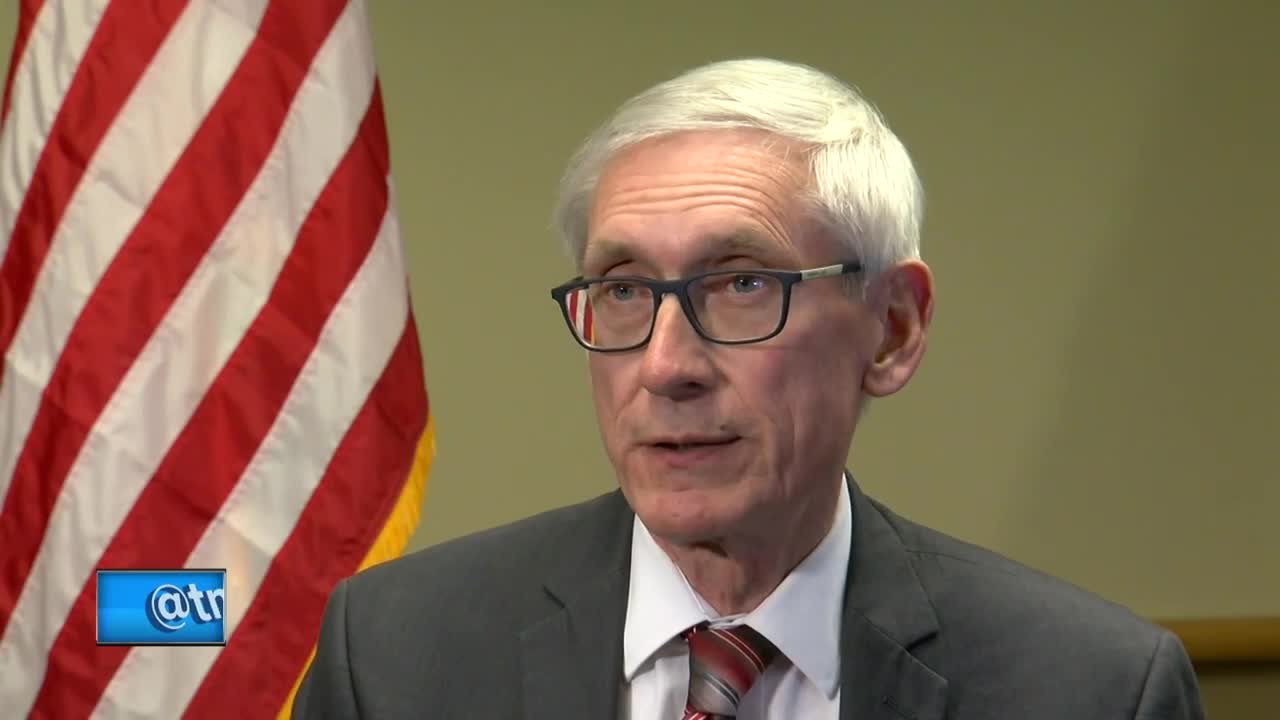 The agenda is being set as Gov.-elect Tony Evers gets ready to take over as Wisconsin's 46th Governor.

The agenda is being set as Gov.-elect Tony Evers gets ready to take over as Wisconsin's 46th Governor.

He won a narrow victory in a state that remains politically divided. But in a one-on-one interview, Evers tells TODAY'S TMJ4's Charles Benson his inauguration speech will strike a bi-partisan tone.

Evers: It's going to be about hope and making sure that people know how important it is to be intentional of hope - it just doesn't happen.

Benson: What big ideas do you think you can get passed with the Republican controlled legislature?

Evers: The things we ran on: education, health care and transportation, I think we can make some progress.

Evers: If Donald Trump and Kim Kardashian can do it in Washington DC we can do something here in Wisconsin.

Benson: Have you reached out to Kim Kardashian?

Evers: No not yet but I may, it worked so well in DC.

Kardashian was able to persuade President Trump in May to commute the life sentence of a Memphis woman for cocaine trafficking.

Evers will have to persuade state Republicans who have expressed reluctance to release criminals.

"We have to make sure that we do the right thing making sure that they are rehabilitated and get back to their families," said Evers. "We can do all of this without this craziness about we are going to let murderers and rapists run rampant in the streets."

Wisconsin lawmakers have passed tougher drunk driving laws in recent years but Wisconsin remains the only state in the country that does not make a first drunk driving offense a crime. It is only a ticket violation.

Benson: Are you comfortable with that?

Evers: No I'm not. I think we need to take it more seriously. Whether it's making that first thing a felony or making it more severe than it is now, I'm not in a position to say that but clearly that is an important issue for us as a state.