Girl given dog by Yelich cheers on team Tuesday night 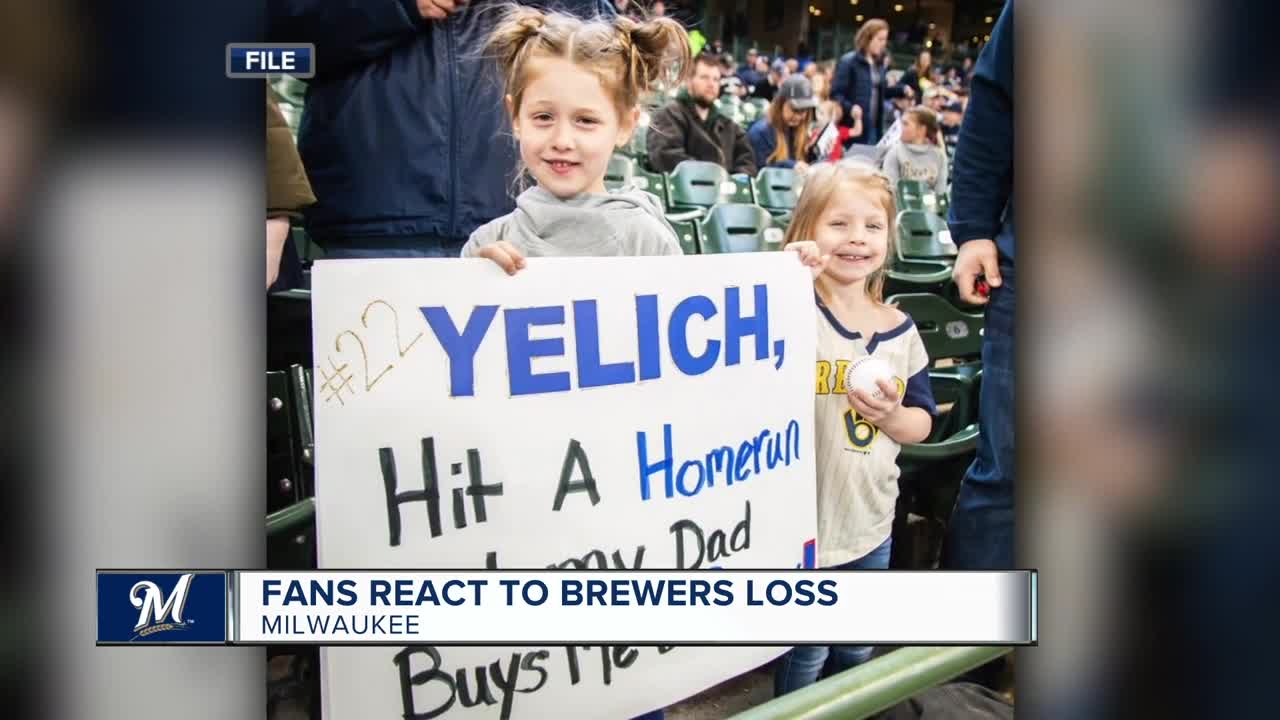 It was win or go home for the Milwaukee Brewers as they took on the Washington Nationals. 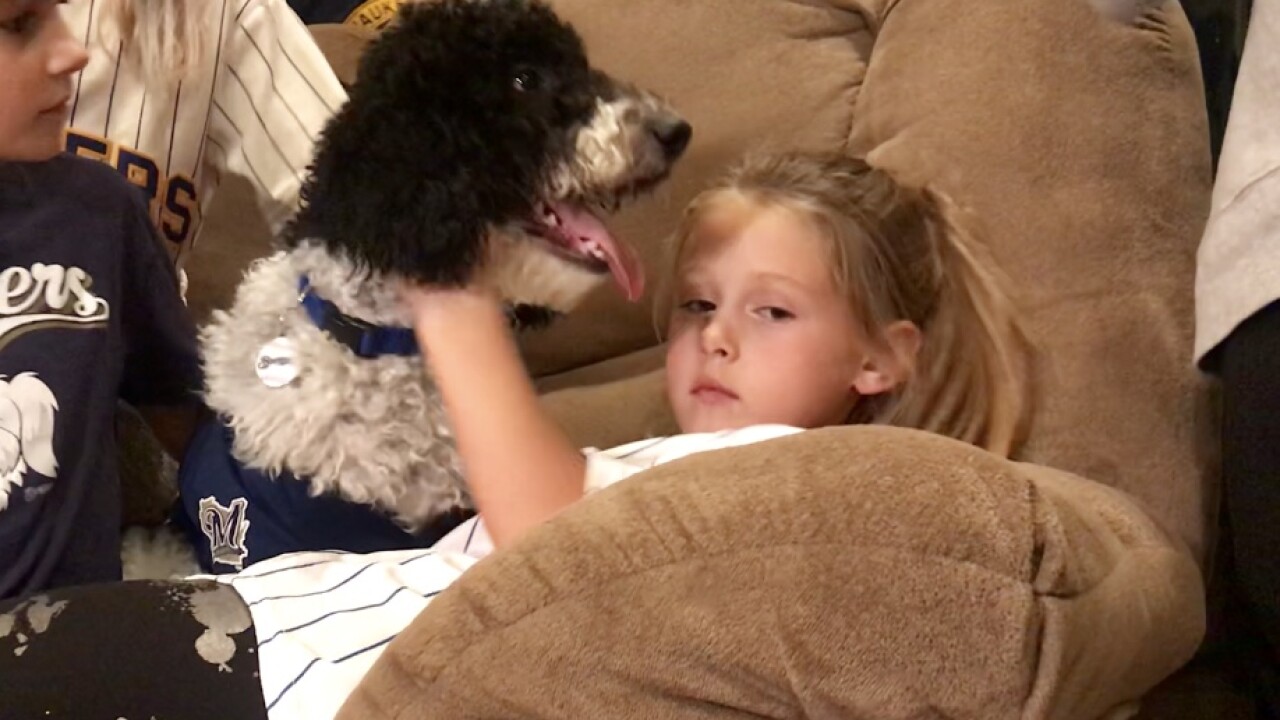 It was win or go home for the Milwaukee Brewers as they took on the Washington Nationals. People were hoping for the start of October baseball for The Crew. That included a Muskego family that received a special gift from the team’s MVP earlier this year.

The Laboddas are huge Brewers fans, including their dog, Yeli.

Yeli isn’t just any dog. You might remember Lola and Libby held up a sign earlier this year asking Christian Yelich to hit a home run so their dad could buy them a puppy. Not only did he do it, we were there when Yelich gave them the dog.

Six months later, and even though his namesake is hurt, they believe Yeli is helping the team win.

“I think bringing Yeli and having all the family here is a good enough luck charm,” said Labodda.

Over at Miller Park inside Friday’s, people were feeling the good vibes in the shadow of the field.

“We thought what better place if we can’t be at the wild card. It’s not at home so let’s come here,” said David Castillo of Wauwatosa.

This is the first time in franchise history the Brewers have played in a wild-card game, which started in 2012. The Brewers earned a wild-card bid in 2008, but the wild-card team advanced to an NL Division Series matchup because only four teams in each league earned postseason bids then.