Getting people to the polls with Hip-Hop 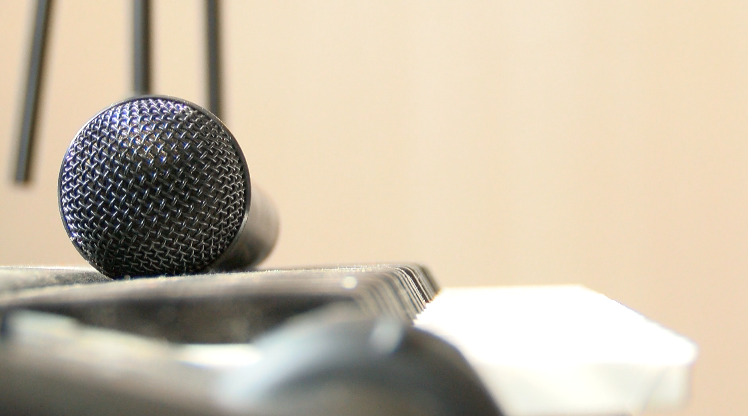 Milwaukee isn't nationally known for it's hip-hop scene like New York City or Los Angeles, but the city has been invovled in the rap game since the 1980's. Now the city hopes to leverage its hip-hop history to get people to vote in November.

MILWAUKEE — Milwaukee isn't nationally known for it's hip-hop scene like New York City or Los Angeles, but the city has been invovled in the rap game since the 1980's. Now the city hopes to leverage its hip-hop history to get people to vote in November.

Tuesday marked the first day of Hip-Hop Week MKE. It is the third annual event that highlights and celebrates the cities rap history.

As is the case with nearly everything, Hip-Hop Week MKE couldn't be celebrated the same way this year. That is why it partnered up with a national online forum called Hip-Hop Political Education Summit: Taking On Voter Suppression. It featured the likes of Chuck D, YG, Soledad O'Brien, and many more.

The overall goal is to encourage people to get to the polls and vote in November. The summit expressed the power that local artists have to influence fans via Hip-Hop. After all, rap started as a way to get a message across and advocate for change.

"Remember hip hop was always the voice of the voiceless," Milwaukee rapper, King Komanzi said. “Now we're trying to come from a platform and leverage point and say listen we can influence the masses therefore you have to listen to us.”

King Komanzi represents old school hip-hop as one of the first to do it in Milwaukee back in the 1980's. However, even though rap has changed, its purpose hasn't and that is reflected in newer artists too.

Even though Hip-Hop Week MKE couldn't celebrate in its usual fashion, the most important part of rap, the message, hasn't been lost and is still being promoted.

You don't think of Milwaukee as a musical destination, especially for rap. However, the city has been involved in the game for nearly four decades.

Miller and Radio Milwaukee Music Director Justin Barney went on a multi-year journey to discover the first hip-hop song made in Milwaukee. They published their results on a podcast called Backspin. The results were somewhat inconclusive.

It started with groups like Royal Dynasty, A-Tack on the Wax, Def Cali, Midi, and Fresh Walk Family just to name a few.

"So the Milwaukee hip-hop scene was influenced by the West Coast and the East Coast because we never had an outlet. There were no big companies in Milwaukee," rapper King Komanzi said.

King Komanzi was a member of Def Cali back in the 80's. He has seen the Milwaukee rap scene grow and change.

"The Milwaukee scene grew because a lot of rappers had to expand outside of Milwaukee," he said.

Now that is beginning to change, though.

"Because of the age of social media, now you can really make it anywhere from your living room basically," Komanzi said.

There is more homegrown talent.

"You know, it's growing. It's definitely a growing community of artists here in the city," artist and entrepreneur Kaylee Crossfire said.

She is part of the growing number of rappers trying to make it big in the city.

"When I first arrived on the scene, I didn’t see many female artists here. (There) wasn’t really as many artists even back then as there are now," she said.

Crossfire has been in the game for about 10 years and has no plans of slowing down. She is emblematic of a hustle mindset that Milwaukee artists have to make it big.