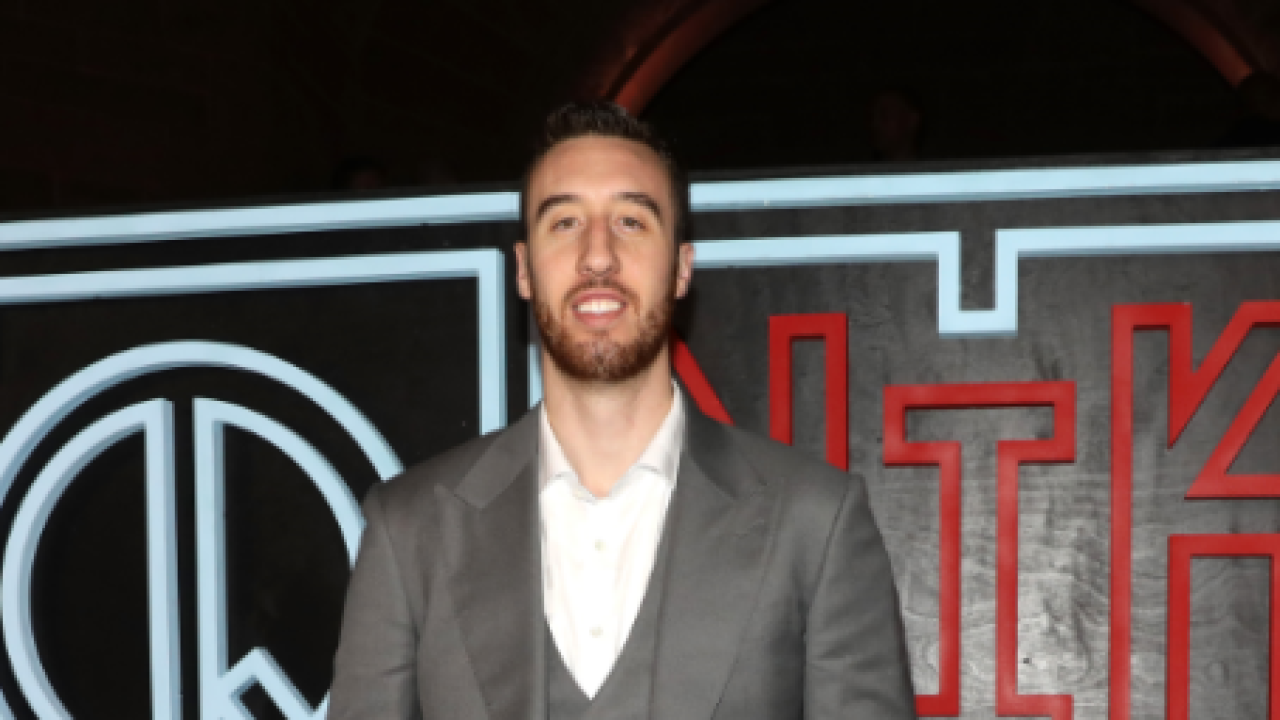 Former Badger Frank 'the Tank' Kaminsky helped a woman in his Charlotte apartment building during an evacuation on Thursday according to the Charlotte Observer.

The sound of the fire alarm alerted residents in Kaminsky's building to evacuate due to a bomb threat, so he paused his video game, grabbed a box of Cheez-Its and began the trek down 49 flights of stairs when he came across a mother who was trying to evacuate with her baby, a dog and various other items.

Kaminsky helped the woman by carrying her baby the rest of the way down 44 flights of stairs.

The mother shared a photo on Instagram, thanking the Charlotte Hornets player for his help.

Huge shout out to @fskpart3 for carrying one sleepy baby down 44 flights of stairs. @hornets #charlottehornets #firedrill turned into #bombthreat #armsandlegsday

Kaminksy said he's lived in the building for four years and knows the mother he helped out.