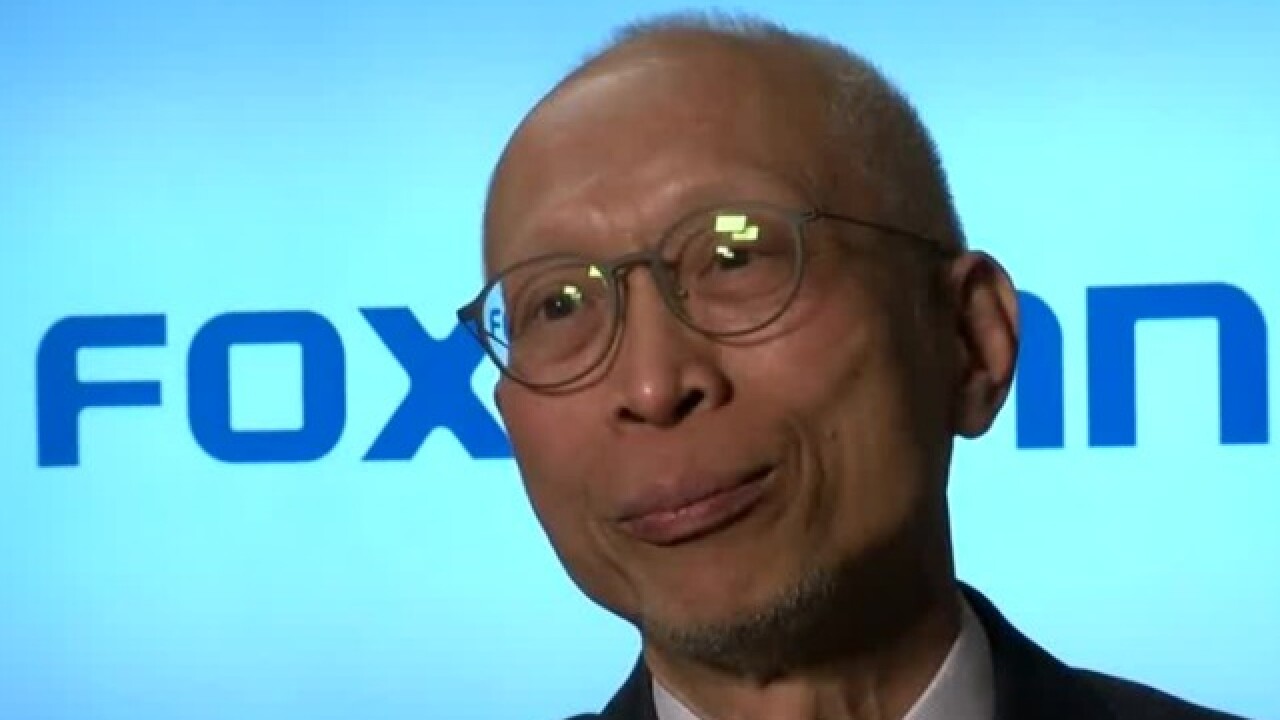 The Milwaukee Journal Sentinel reports Woo told the crowd that in the next few days, they will hear "the actual news that the construction in Racine County will begin."

Woo also praised Republican Gov. Scott Walker for putting together the deal to bring the Taiwan-based manufacturer to Wisconsin.

He said, "There's only one reason why we're here: Governor Walker."