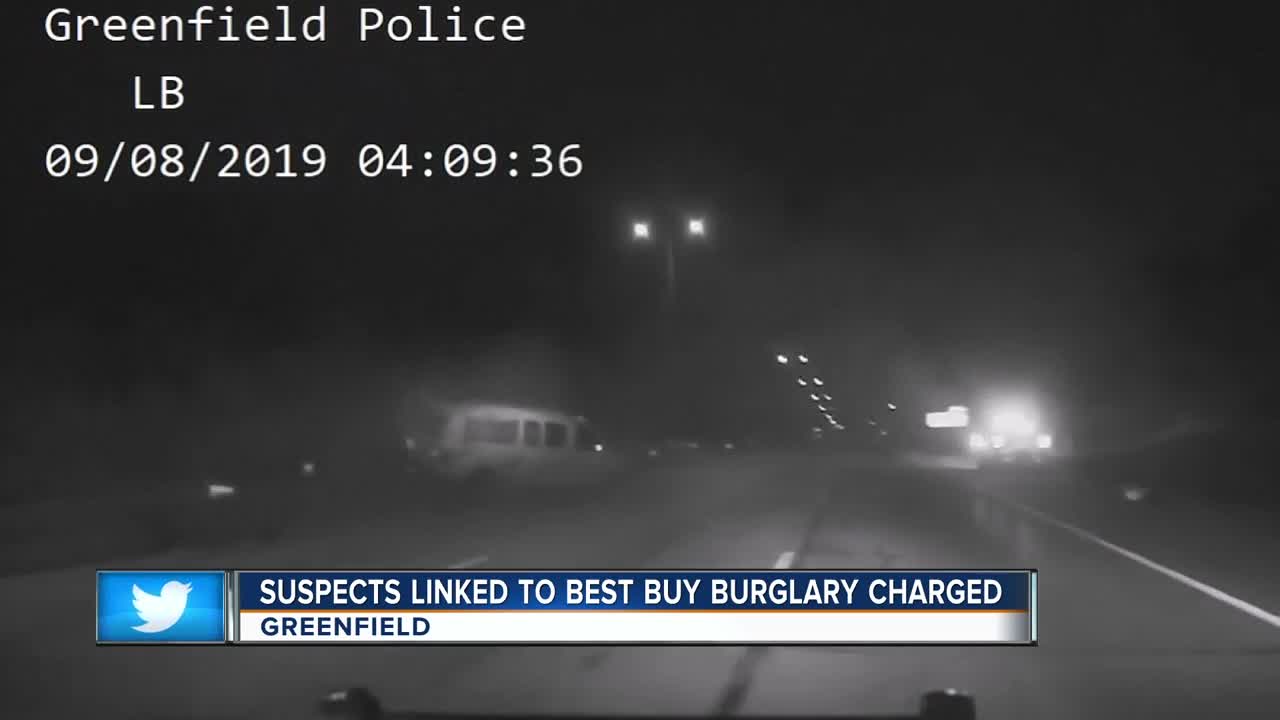 Four people have been charged in a burglary at a Best Buy store in Greenfield last week.

GREENFIELD — Four people have been charged in a burglary at a Best Buy store in Greenfield last week.

According to a criminal complaint, 18-year-old Michael Durkins, 19-year-old Jason Harris, 43-year-old Richard Listenbee and 41-year-old Kentrell Stepps, have been charged with burglarizing a building and fleeing an officer. They all live out of state.

Investigators say the Greenfield Police Department responded to the electronics store on South 76th Street after receiving a call about an alarm going off about 4:05 a.m. on September 8.

After accessing the building from a back door, the men can be seen on surveillance footage filling mobile trash cans, gathering as much electronics as possible before exiting, the complaint said.

When officers arrived on scene, they attempted to stop a white van quickly exiting the parking lot from the back of the store, according to the complaint. A short chase began that ended up in the 6500 block of I-43.

Officers attempted several "pit maneuvers" on the expressway, which eventually disabled the van. As officers searched the vehicle, they discovered a large amount of electronics equipment wrapped in original packaging. The vehicle was also reported stolen earlier that week.

If convicted of all charges, the suspects involved could face up to twelve years in prison and a $25,000 fine.