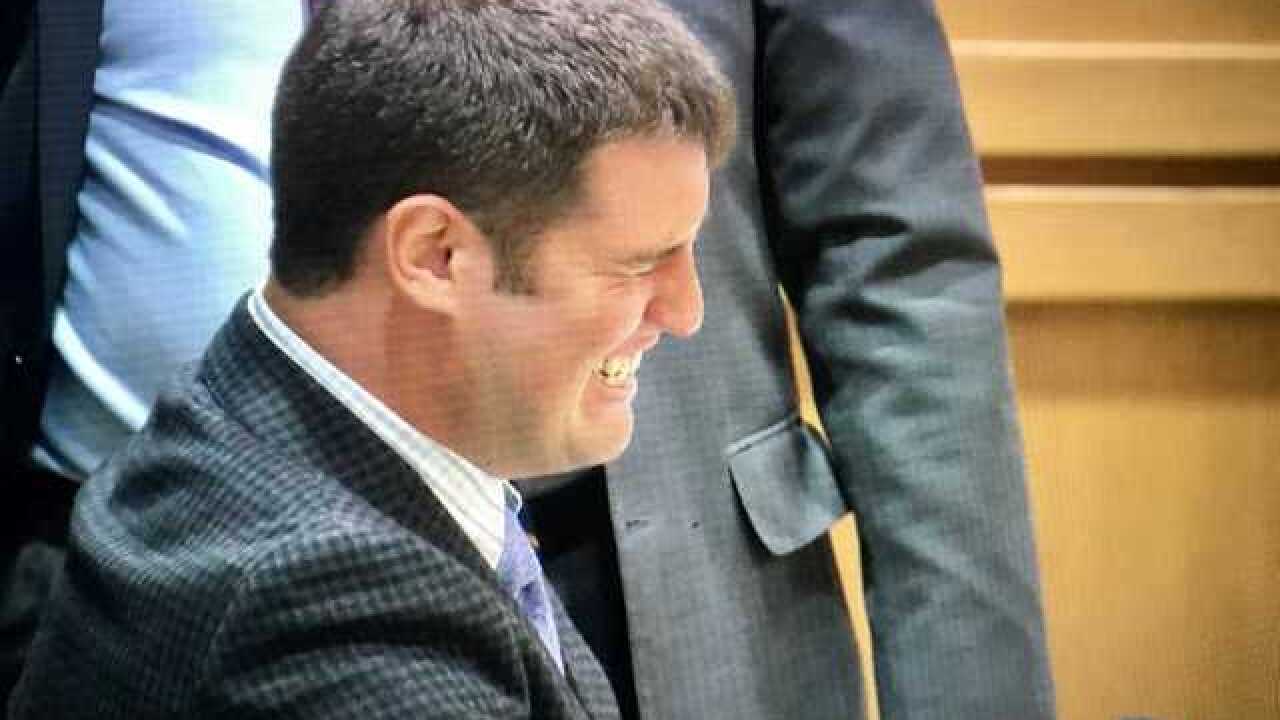 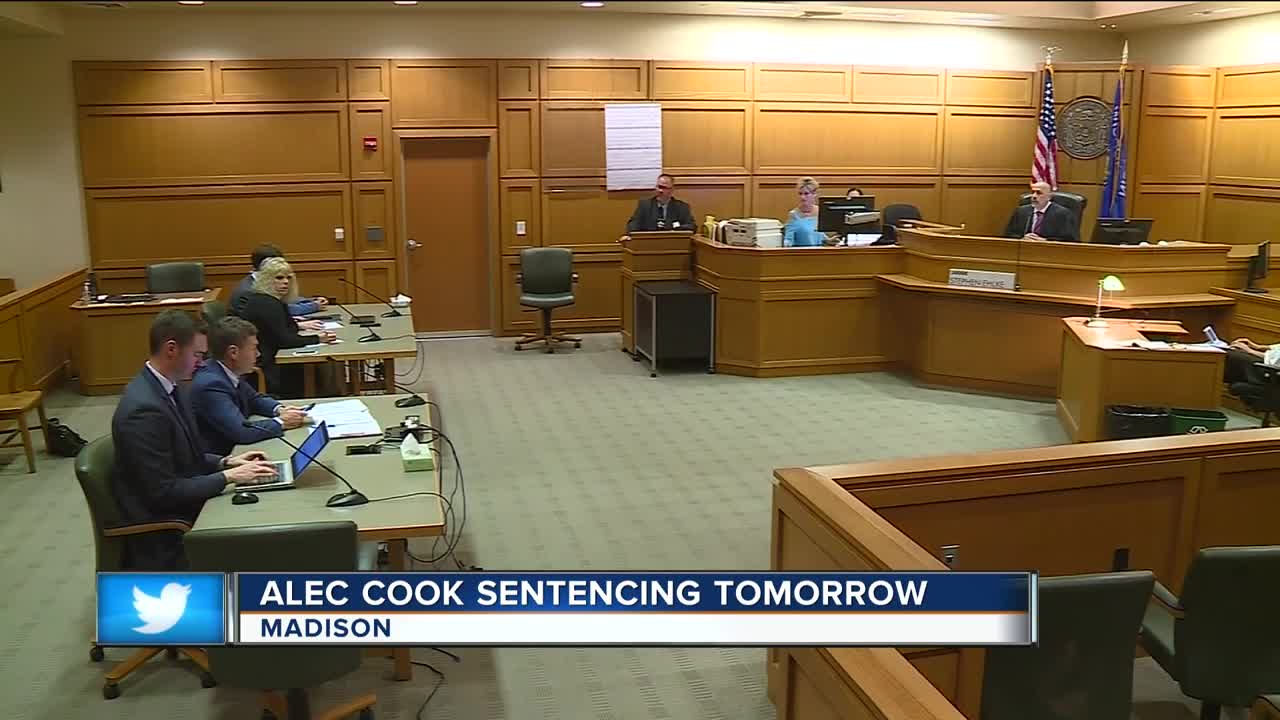 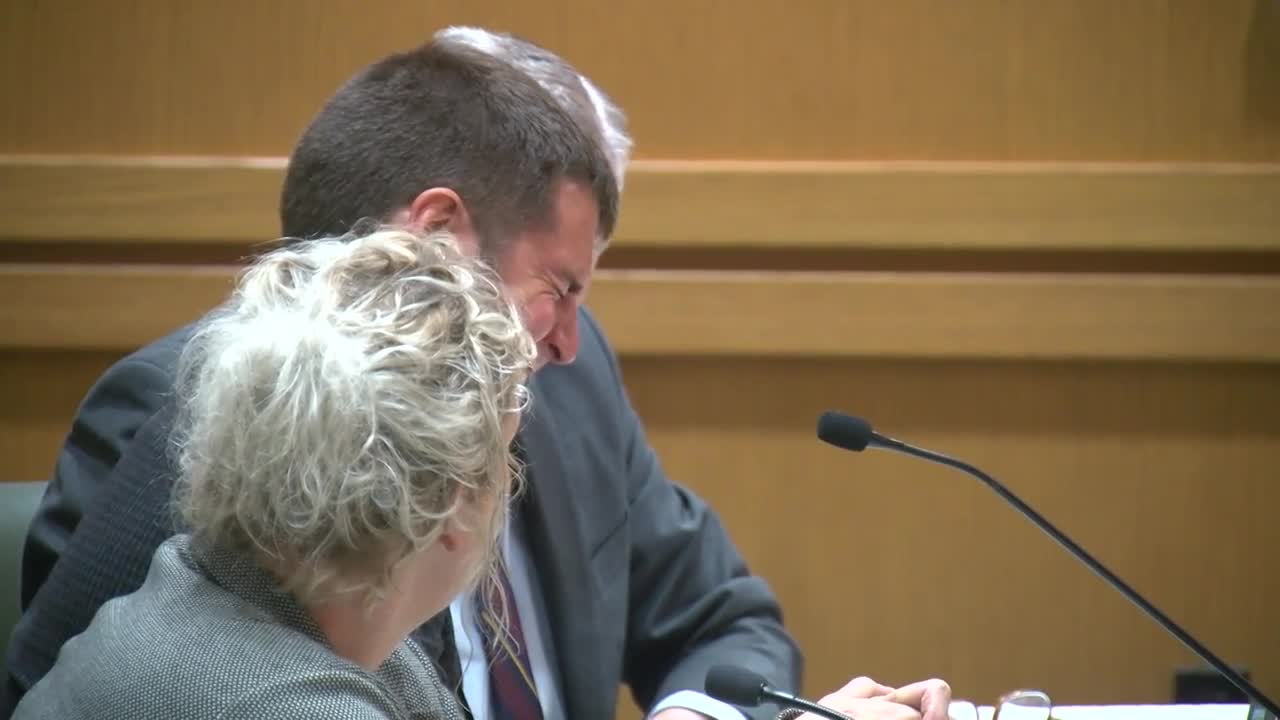 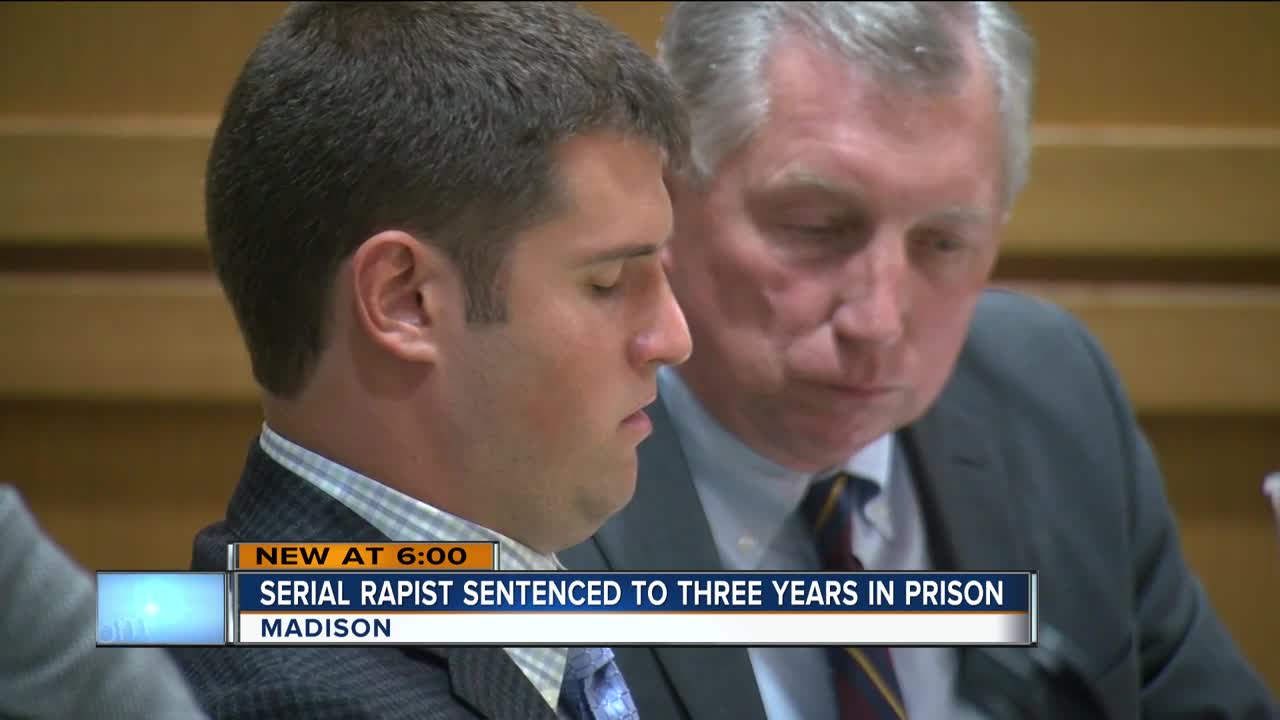 A former UW-Madison student was sentenced to three years in prison on Thursday for a string of sexual assaults between 2014-2016. 22-year-old Alec Cook entered a guilty plea agreement on five felony offenses.

What started with one victim gathering the courage to come forward to police eventually grew to 11 at UW-Madison. “In less than 24 hours my body became a crime scene and my life changed forever,” said an unidentified victim.

Judge sentences Cook to 3 years in prison, 8 years supervision. I’ll have the full story on @tmj4 LIVE at 6 pic.twitter.com/6h1MEia6GJ

“There is a lot of pain in this room,” said the mother of a victim. “It could be a grandmother, a mother’s pain, fathers, uncles, sons, brothers, sisters….”

Victims and a mother shared painful memories about how Cook changed their lives for the worse.

"I am different now,” a victim said. “If there is a man who walks close behind me, even in daylight, I will hope and pray he doesn't grab me."

While Cook was a college student, he stalked, sexually assaulted and strangled several female classmates.

Before finding out his fate, Cook shared a tearful apology to the women he wronged.

“You told the truth and everyone should believe you,” he said.

State prosecutors wanted him to spend the next two decades behind bars. Cook’s defense argued for just probation.

“Some may be disappointed if a lengthy sentence is not imposed here,” said Dane Co. Judge Stephen Ehlke.

Ehlke cried before sharing he decided Cook should spend 3 years in prison.

“The fact of the matter is it’s uncommon to go to prison when the defendant has pled guilty and has no prior criminal record,” said Ehlke.

Cook’s three-year prison sentence will be followed by eight years of supervision, then another 15 years as a registered sex offender.

“The Wisconsin Department of Justice is disappointed that Alec Cook did not receive the much longer sentence the prosecution team recommended, and we still believe that is what Alec Cook deserves. I am proud of the Madison Police Department and UW-Madison Police Department investigators, Dane County District Attorney’s victim services, and prosecutors from the Dane County DA’s Office and Wisconsin DOJ for their hard work and commitment to justice for these survivors. While those survivors wish that a longer prison sentence had been imposed, they stood strong. At DOJ, we hope that the fact that Alec Cook stands convicted as a felony sex offender and is on his way to prison will give survivors faith that there are people in the criminal justice system who stand ready to fight for justice for them.”