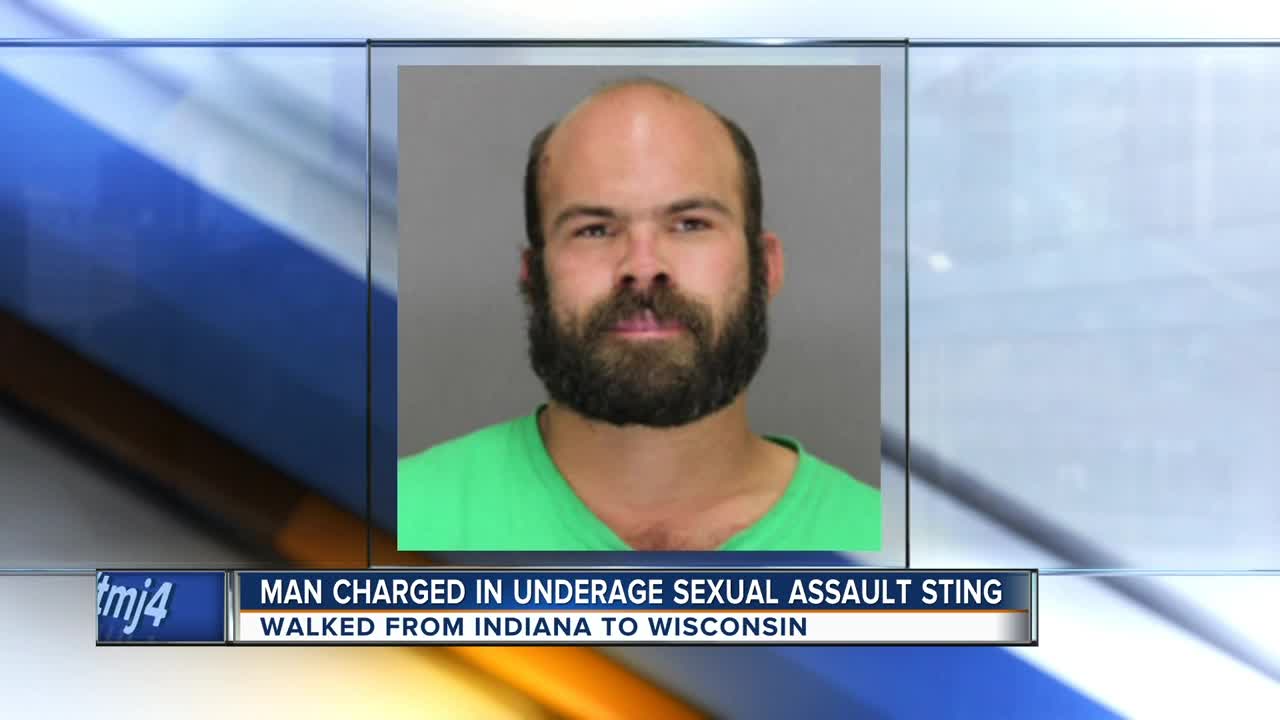 A former Oshkosh man was charged in federal court for walking from Indiana to Wisconsin to have sex with a 14-year-old girl.

A former Oshkosh man was charged in federal court for walking from Indiana to Wisconsin to have sex with a 14-year-old girl.

32-year-old Tommy Lee Jenkins was charged with using a computer to attempt to persuade, induce, or entice a minor to engage in unlawful sexual activity.

According to federal prosecutors, Jenkins met who he thought was a 14-year-old girl name Kylee on a social media site on October 1. He began demanding sexual pictures from her and making plans to have sex with her. In reality, "Kylee" was a Winnebago County Sheriff's Deputy assigned to the Internet Crimes Against Children Task Force.

A criminal complaint alleges Jenkins gave "Kylee" excuses to tell her parents why she wanted to go out of town to see a friend.

When "Kylee" refused to meet Jenkins in Indiana he allegedly started walking 351 miles from Whitestown, Indiana to Neenah, Wisconsin. During the five day trip, investigators said Jenkins continued to have sexually charged conversations with the girl and updated her on his location.

When Jenkins got to Winnebago County, he was apprehended by sheriff's deputies and a special agents with the Federal Bureau of Investigation.

"There's an epidemic of child exploitation in our country. The use of the Internet and social media allows for communications to happen between adults and minors across state lines. This is of grave concern that’s why the Justice Department is committed to working with law enforcement and prosecute cases of child exploitation," said United States Attorney Matthew Krueger.

Authorities in Winnebago County said Jenkins used to live in Oshkosh and has a history of issues with kids. Records show Jenkins had a sexual assault case involving a child against him, that he pleaded to lower charges.

If convicted on this latest charge, Jenkins faces a mandatory minimum sentence of 10 years and up to life in prison.