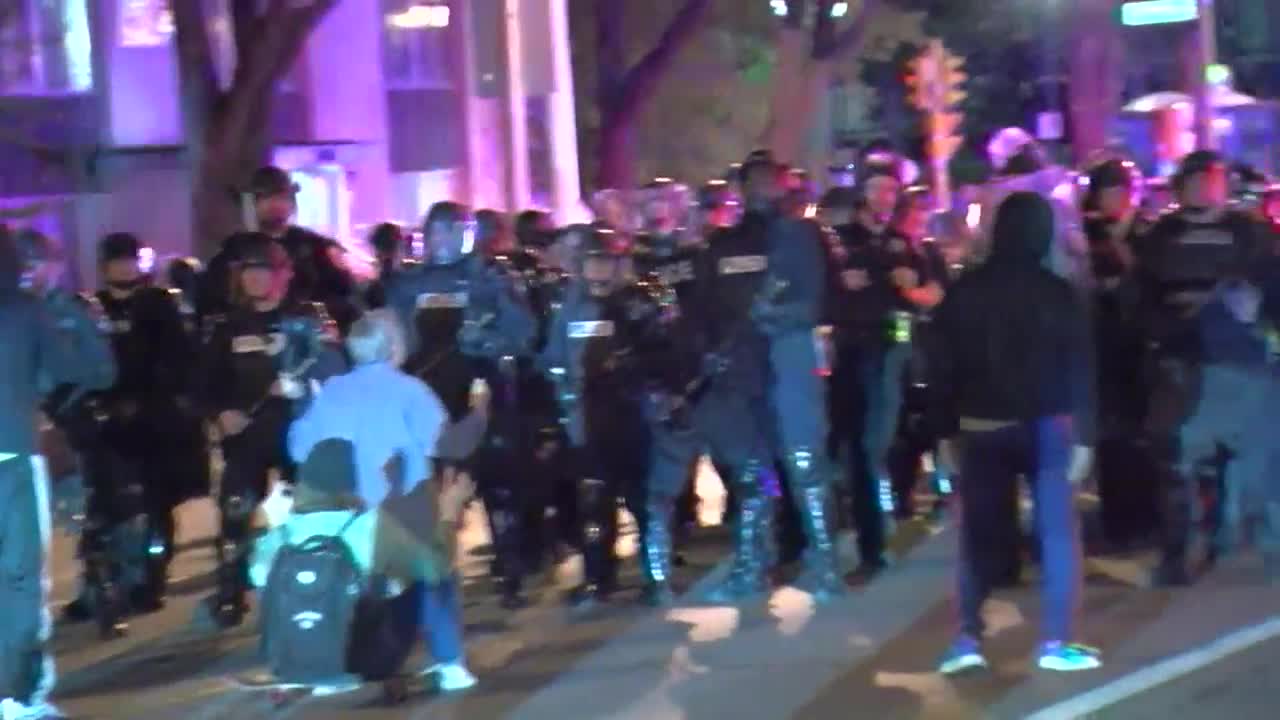 Retired Milwaukee journalist of 30 plus years, was arrested for violating a 9 p.m. city imposed curfew.

MILWAUKEE — He spent a life time telling other people's stories but tonight former journalist Crocker Stephenson has his own story.

When protesters walked near Stephenson's east side home Sunday night - he was out walking his dog Camus.

A few minutes later, Stephenson - who is visually impaired - was face to face with law enforcement on Locust Street.

"I didn't care if I got arrested," said Stephenson, "I knew I was violating the curfew."

But he also knew he needed to do something, he felt the crowd was getting angry.

"I kneeled down and I put my hands up in the air," said Stephenson, because I wanted to say, I'm violating the curfew but I'm not here to hurt anybody."

He was there to join others protesting George Floyd's death while in Minneapolis police custody.

"Police offers were not intimidating, they were silent and doing their jobs," said Stephenson. I wasn't there to intimidate. I was there to express my anger for what was going on right now."

If Crocker Stephenson's name sounds familiar - it's should. For 30 plus years the respected journalist and columnist worked for the Milwaukee Journal Sentinel.

For years I've been watching people express themselves and I've been angry myself, unable to participate," said Stephenson. I just feel like I have an opportunity right now, now that I'm retired to participate and stand up for things that are really important."

Stephenson does not support people burning buildings or violent protests and he doesn't see himself as hero for getting arrested and ticketed.

"I'm just an average old man," said Stephenson. I think we need more average old men taking these positions and showing their support. It's not a bunch of fringe people. It's all of us and we're all upset."

The ticket for violating the Milwaukee curfew is $691.