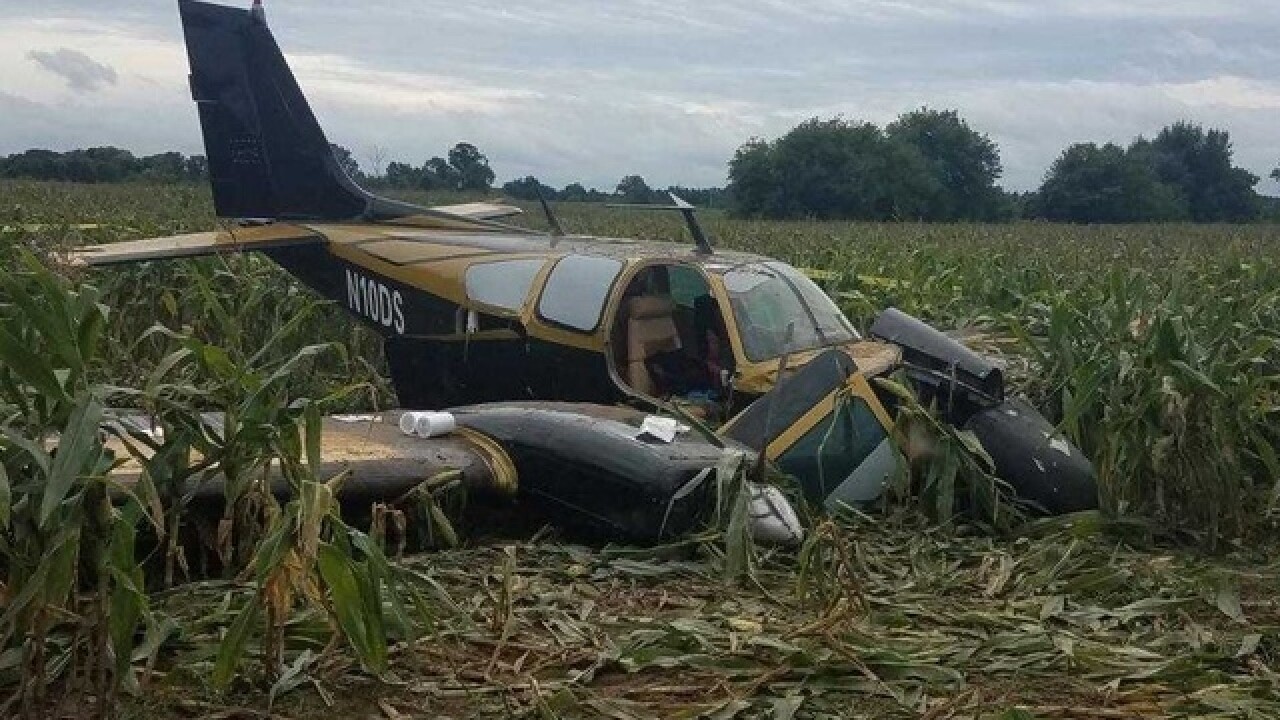 OSHKOSH, Wis. (AP) — A man who fled from deputies in his airplane before crashing into a Waupaca County cornfield is facing additional charges.

Winnebago County sheriff's deputies and Oshkosh police went to Wittman Regional Airport on Sept. 1 to arrest 47-year-old Andrei Biesinger for violating a restraining order and other charges. Deputies had been checking locations Biesinger was known to frequent, including the hangar where he kept his plane.

The department says he took off in the plane despite instructions from the control tower to hold until officers arrived, nearly hitting an Oshkosh police car before becoming airborne. The twin-engine plane crashed about two hours later near Waupaca, about 40 miles away.

WLUK-TV says Biesinger is charged with including felony recklessly endangering safety among other counts. Court records do not list a defense attorney.