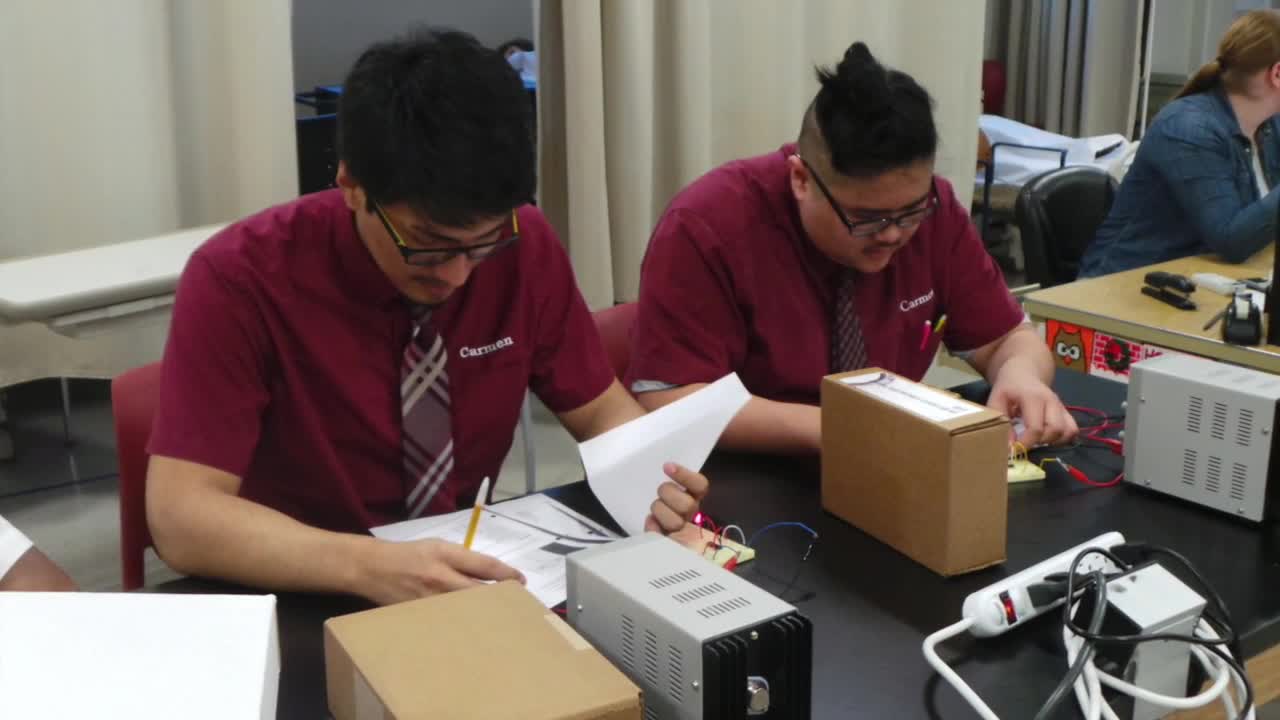 Sometimes when friends go off to college, the distance and all the new exciting experiences can put a strain on a relationship, but for one pair of friends that won't be an issue.

MILWAUKEE — Sometimes when friends go off to college, the distance and all the new exciting experiences can put a strain on a relationship, but for one pair of friends that won't be an issue.

Lio Navarro and Sunny Nguyen have a lot in common.

The two friends met in sixth grade. Since then they have grown closer every year. Now as they are just a few weeks from graduating from the Carmen School of Science and Technology, Northwest Campus, they are sharing top academic honors with each other.

Navarro is the valedictorian and Nguyen is the salutatorian.

Longtime friends from Milwaukee are graduating as valedictorian and salutatorian together AND they will be first-generation college students at the same school in the fall 💪👨‍🎓 pic.twitter.com/9wIZxTgevV

"I always sort of make jokes about how I am going to be doing better work than he is, but I always sort of knew that Lio was probably going to turn out on top because he is such a hard worker, you know," Nguyen said.

You might think that there would even be a friendly rivalry between these two friends, but it doesn't exist.

"It's really nice, you know, you never would have thought that would happen just two friends knowing each other since middle school," Navarro said.

For these two friends, it's more about being able to do it together. Plus, the similarities don't end there. Navarro and Nguyen are first-generation college students and will be attending the University of Iowa together on full scholarships.

They didn't plan on going to the same school, but once that was the case, they decided to room together.

"We thought it’d be better to bunk together in our dorm so we always had that sense of familiarity even in this new environment in Iowa," Nguyen said.

Both were a little apprehensive to cross state lines to go to school, but having a good friend next to you and the prospect of graduating debt free makes moving all that way a little easier.

The two will graduate from the Carmen School on June 6th. It's a socially distant graduation, so students will circle the school and be handed their diploma from a safe distance. It means that Navarro can't give the classic valedictorian speech.

"Yes, (I am disappointed) because you know it would have been nice to say something to my entire class that I have known for four years and more. And no because sometimes I get stage fright," he said.

It's not clear what school will be like when students begin in the Fall, however; it's clear the relationship between these two friends will last a long time.