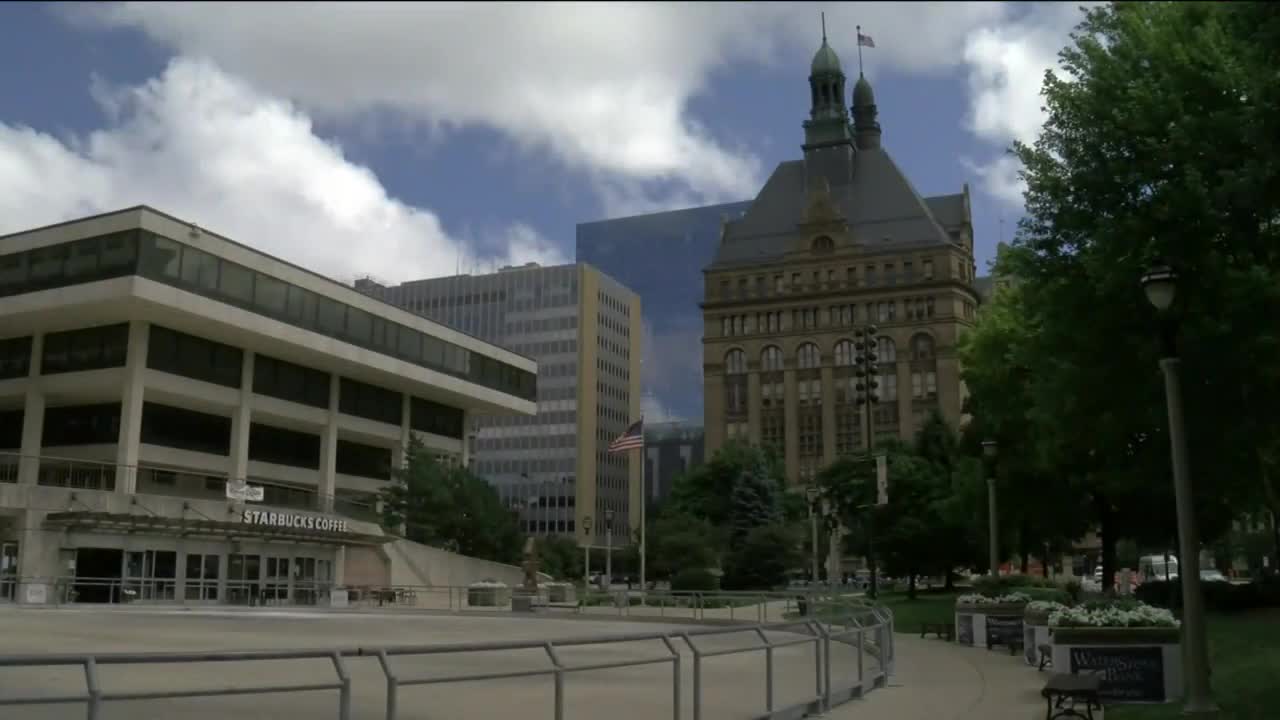 The Trump administration is planning to expand an operation that would send federal law enforcement agents to Detroit, Cleveland and Milwaukee in the coming weeks.

MILWAUKEE — The Trump Administration announced an operation that will send federal agents to cities across the country including Milwaukee.

According to the White House website, the Department of Justice is expanding "Operation Legend," aimed at cracking down on recent violence across the country.

The effort is expanding to Chicago and Albuquerque, then over the next three weeks to Milwaukee, Detroit, and Cleveland.
Governor Tony Evers strongly opposes the move.

"Amping up the federal presence I believe will create more turmoil," Evers said during a state briefing on Thursday afternoon.

The governor sent a letter to President Trump, dated July 22 and seemingly before the decision was made to send federal agents to Wisconsin. In the letter, Evers expressed concern the federal presence could create a volatile situation, similar to what is playing out in Portland, Oregon.

"That's not something that we need to see. The rationale that the president has mentioned is sending these forces into cities and states controlled by Democrats, and I don't want for federal agents to come into Milwaukee, or to any city really as a political ploy," said Common Council President Cavalier Johnson.

Johnson added for weeks protests in and around Milwaukee have been peaceful.

Milwaukee Mayor Tom Barrett released the following statement:
“Given the events that have taken place in Portland over the last few nights, I am extremely concerned that President Trump is looking for opportunities to create more political division in cities across the nation. Federal agents are not welcome here for that purpose.”

“If the federal presence is to truly cooperate with local law enforcement, then it is imperative the limits of their activities are clearly delineated and monitored.”

The ACLU of Wisconsin, also pushed back, saying in a statement and referencing Portland: "We don't need a repeat of this failed, chaotic approach in Wisconsin."

Milwaukee activist Frank Nitty says deploying federal law enforcement in an effort to silence a movement, adding protesters will not be deterred.

The U.S. Attorney went on to say: "Operation Legend does not entail any 'federal troops' or 'occupation' of Milwaukee, as some have mistakenly claimed. It will involve trained investigators from the Federal Bureau of Investigation, the Bureau of Alcohol, Tobacco and Firearms, the Drug Enforcement Administration, and the United States Marshals Service, who will work in coordination with state and local partners, as they always have done in Milwaukee."

The Milwaukee Police Department says they are aware of a news release on the planned expansion of Operation Legend into Milwaukee. MPD says they will provide more information once it is available.