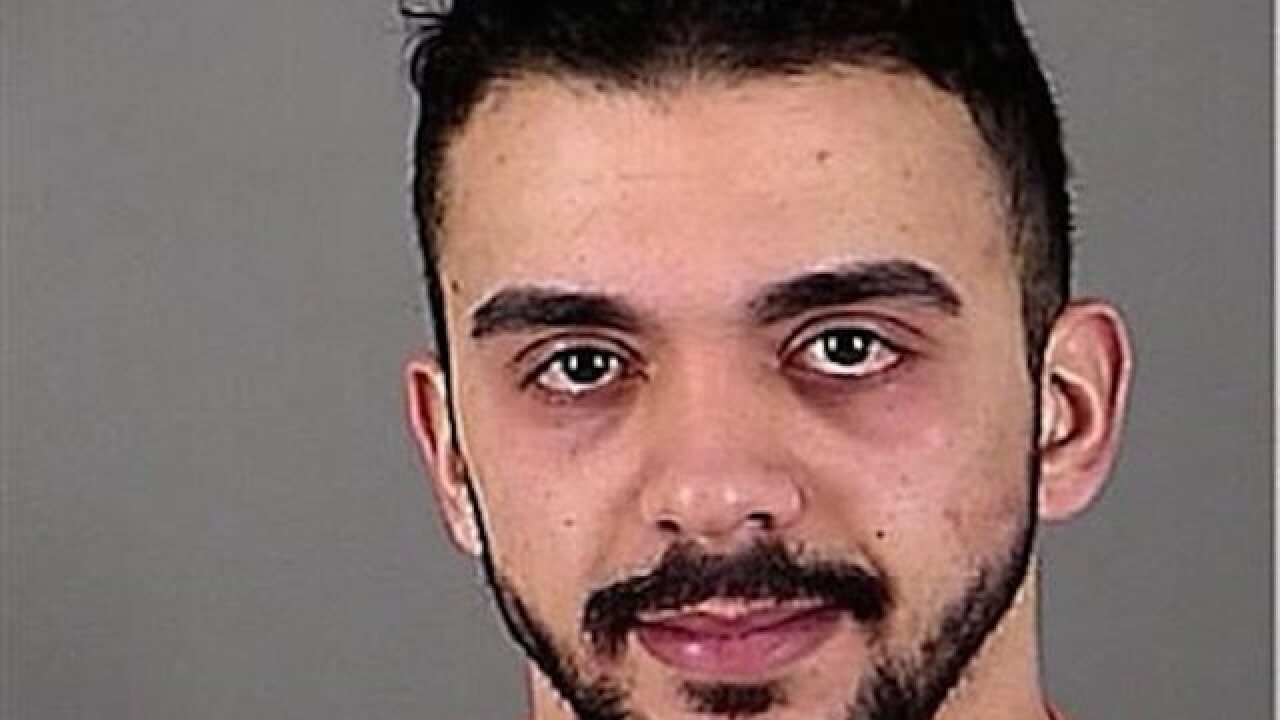 Copyright Associated Press
<p>Samy Mohamed Hamzeh is seen in an undated photo provided by the Waukesha County (Wis.) Sheriffís Department. Federal prosecutors charged 23-year-old Samy Mohamed Hamzeh on Tuesday, Jan. 26, 2016, with unlawfully possessing a machine gun and receiving and possessing firearms not registered to him. Federal agents said Tuesday that Mohamed Hamzeh wanted to storm a Masonic temple with a machine gun and kill at least 30 people in an attack he hoped would show "nobody can play with Muslims" and spark more mass shootings in the United States. (Waukesha County (Wis.) Sheriff's Department via AP)</p>

MILWAUKEE -- The FBI has arrested a Milwaukee man they say was planning a mass shooting at a local Masonic temple, according to a press release issued Tuesday.

23-year-old Samy Mohamed Hamzeh has been charged with possessing machine guns and a silencer. Documents released by the FBI show that Hamzeh originally wanted to plan a shooting in the West Bank, but refocused his efforts on Milwaukee due to logistical and financial issues.

According to a criminal complaint, the FBI has extensive recorded conversations with two confidential sources, in which Hamzeh explained that he wanted to commit a domestic act of violence. Earlier this month, according to the FBI, he settled on a Masonic temple as a target.

The suspect said his planned act of violence would "be known all over the world...The people will be scared and the operations will increase."

Hamzeh went into detail to the confidential sources about how he wanted the shooting at the Masonic temple to unfold:

“One of us will stay at the door at the entrance and lock the door down, he will be at the main door down, two will get to the lift up, they will enter the room, and spray everyone in the room. The one who is standing downstairs will spray anyone he finds. We will shoot them, kill them and get out. We will walk and walk, after a while, we will be covered as if it is cold, and we’ll take the covers off and dump them in a corner and keep on walking, as if nothing happened, as if everything is normal. But one has to stand on the door, because if no one stood at the door, people will be going in and out, if people came in from outside and found out what is going on, everything is busted.”

"Hamzeh devised a detailed plan to commit a mass shooting intended to kill dozens of people. He also said that he wanted this mass shooting to be 'known the world over,'" acting U.S. Attorney Gregory J. Haanstad said.