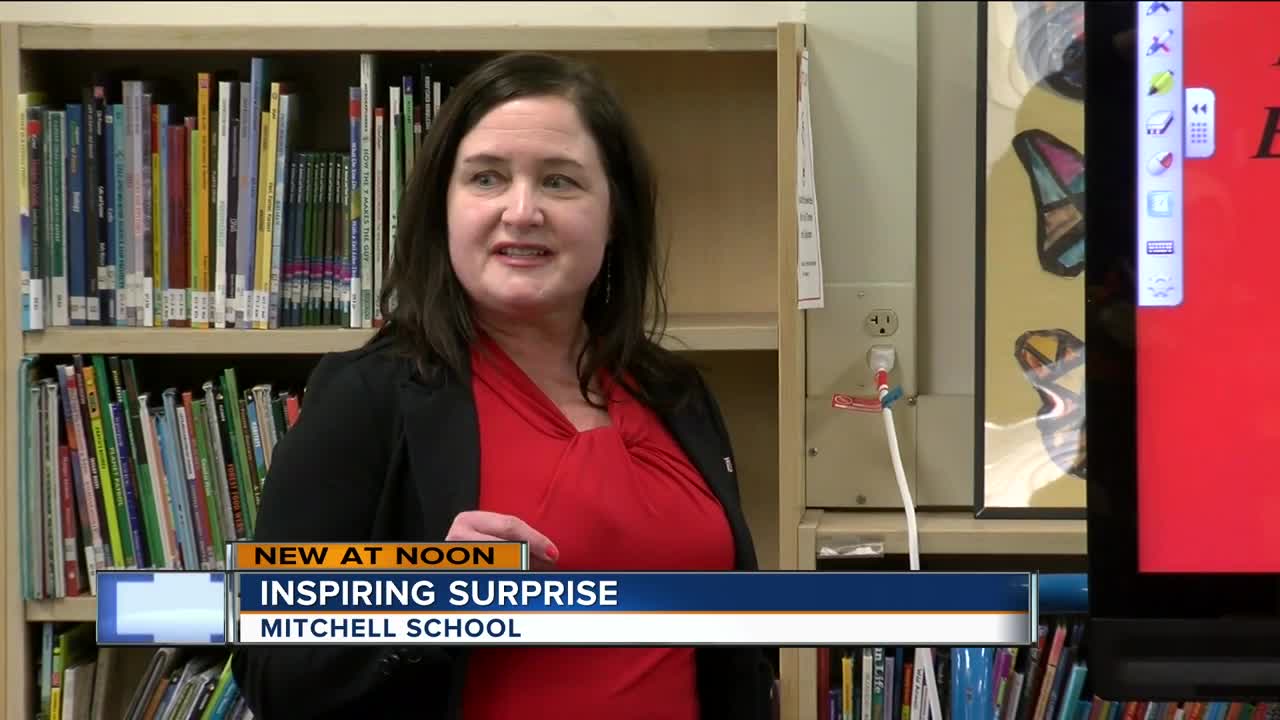 A second grade student was in for a huge surprise when the special agent in charge of the FBI in Milwaukee showed up at Mitchell School on Thursday, Feb. 13.

MILWAUKEE — A second-grade student was in for a huge surprise when the special agent in charge of the FBI in Milwaukee showed up at Mitchell School on Thursday, Feb. 13.

Chriscyris Gil Midence and her entire classroom were invited to the library and when they arrived, they learned they had a special guest.

That speech was written by Chriscyris, and it won second place at a MLK speech writing contest at the Marcus Center for Performing Arts.

In that speech, Chriscyris declared she wanted to someday become an FBI agent.

"It took us about probably three weeks to compose her speech," said Russell.

The speech was inspiring to the person that student aspires to be like someday.

"I just felt like I had to come see her," said Hughes. "She talked about freedom, about how its important to be a good person,"

Hughes passed out swag and shared wise words with the students. He asked them about heroes and told them the importance behind making responsible decisions as they grow older.

"I think a lot of kids that age, they look at being something like an FBI agent it looks like its so far in the future but its really not," he said.

Russell said Thursday's surprise is inspiring for both her and the students when thinking about dreaming big.

"Just write it down and you never know who is going to be there to listen to you," she said.

Chriscyris and her family were also invited to visit the FBI Headquarters in Milwaukee.

It was a full circle moment for a girl dreaming of becoming an FBI agent.