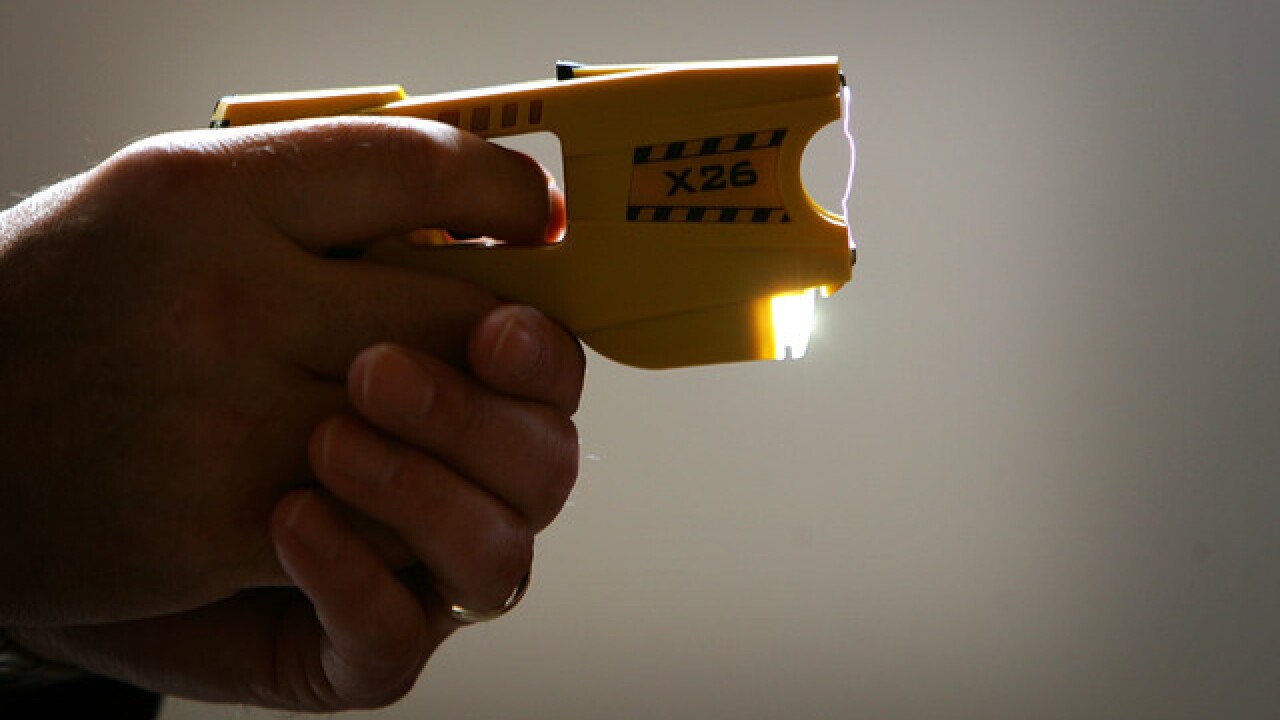 Copyright 2018 Scripps Media, Inc. All rights reserved. This material may not be published, broadcast, rewritten, or redistributed.
Christopher Furlong
BLACKPOOL, UNITED KINGDOM - MAY 16: A representative from Taser International fires the companies latest X26 stun gun during the Police Federation Conference at Winter Gardens on May 16, 2007 in Blackpool, England. British Home Secretary John Reid announced today that more Taser guns could be deployed on the streets of the UK by frontline police officers. The Taser's which stun a person with up to 50,000 volts, and can currently only be carried by armed response officers have some under harsh criticism from Amnesty International who claim more than 70 deaths in Canada and America have been linked to the weapon. (Photo by Christopher Furlong/Getty Images)

MILWAUKEE (AP) -- The family of a mentally ill man who died after Milwaukee-area police officers used a stun gun on him has filed a federal civil rights lawsuit against the Village of West Milwaukee.

The Milwaukee Journal Sentinel reports the family of 22-year-old Adam Trammell alleges police violated his constitutional rights by using excessive and deadly force during the May 2017 encounter. The family seeks unspecified money damages.

The officers were called to Trammell's apartment by a neighbor who said Trammell was having a mental breakdown and threatening to hurt himself. The officers found Trammell in the shower and used their stun guns after he failed to respond to commands. Prosecutors later cleared the officers of wrongdoing.

The village attorney did not immediately respond to Sentinel and Associated Press requests for comment.