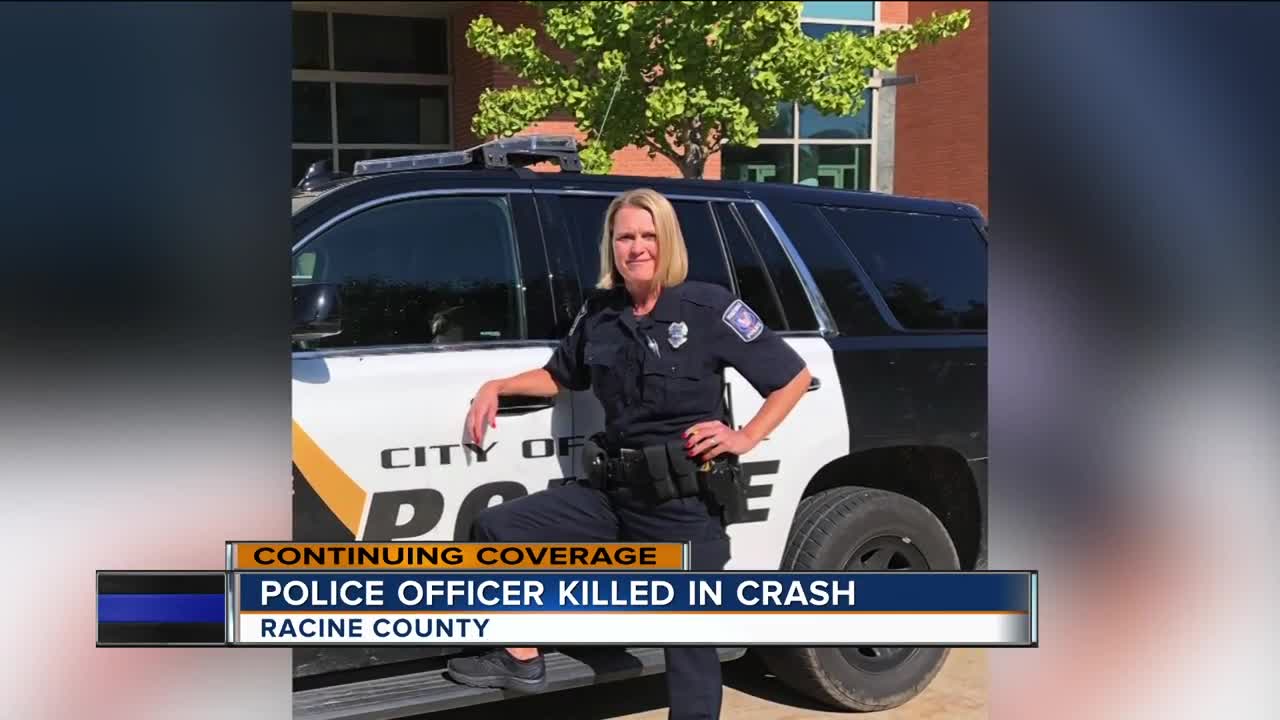 A Racine police officer has died following a crash on Highway 20 near 63rd Drive. Officer Jennifer Diener was taken to the hospital following the crash on Feb. 9; however, she passed away late Saturday.

RACINE-- For the second time in less than a year, the Racine Police Department is mourning the loss of one of their own.

48-year-old Jennifer Diener died Saturday nearly a week after she was critically injured in a car crash near the Village of Yorkville. Diener was considered a veteran officer, with plans to retire in the next two years.

Throughout her career in law enforcement, Diener wouldn’t let her mother, Jean Jacobson, take a photo of her while in police uniform, but last fall she finally asked her to snap a photo in front of her patrol car. It was a proud moment her mom will cherish forever.

"I prayed to God, I hope I will never have to use this picture for anything bad that's going to happen to her,” Jacobson said.

Unfortunately, she’s now sharing that photo after losing her only child after a multi-vehicle crash last weekend.

Diener, her husband and 15-year-old daughter had just gotten back from a ski trip to Colorado, picking up their dog from Jacobson’s home.

“It was a very happy family that left my home on Sunday.” Jacobson said. “Within 10 minutes I got the call that there was a bad accident and from then on I kept pinching myself hoping would wake up from this bad dream.”

The Racine County Sheriff's Office said it happened on Highway 20 near 63rd Drive in Yorkville when a car lost control. One person died and nine others were injured, including Jennifer, who died nearly a week later.

“This community and my family to be devastated is truly an understatement,” Jacobson said.

Diener was an active member of the Racine Police Department for 24 years.

“It's just something that helping people is a certain calling and she had it,” Jacobson said.

She was sworn in at the same time as Officer John Hetland, who was killed last summer.

The veteran was still mourning the officer's death, along with the passing of her father.

“I know that she's with her father. I have to know that,” Jacobson said.

Diener was an organ donor. Jacobson said that gives her some comfort knowing her daughter will save other lives.

“Jennifer’s legacy is going to really help a lot of people make their dreams come true and to be able to live a much better life,” Jacobson said.

Jacobson said it wasn’t easy for her to talk right now, but she wants the community to know how wonderful her daughter was.