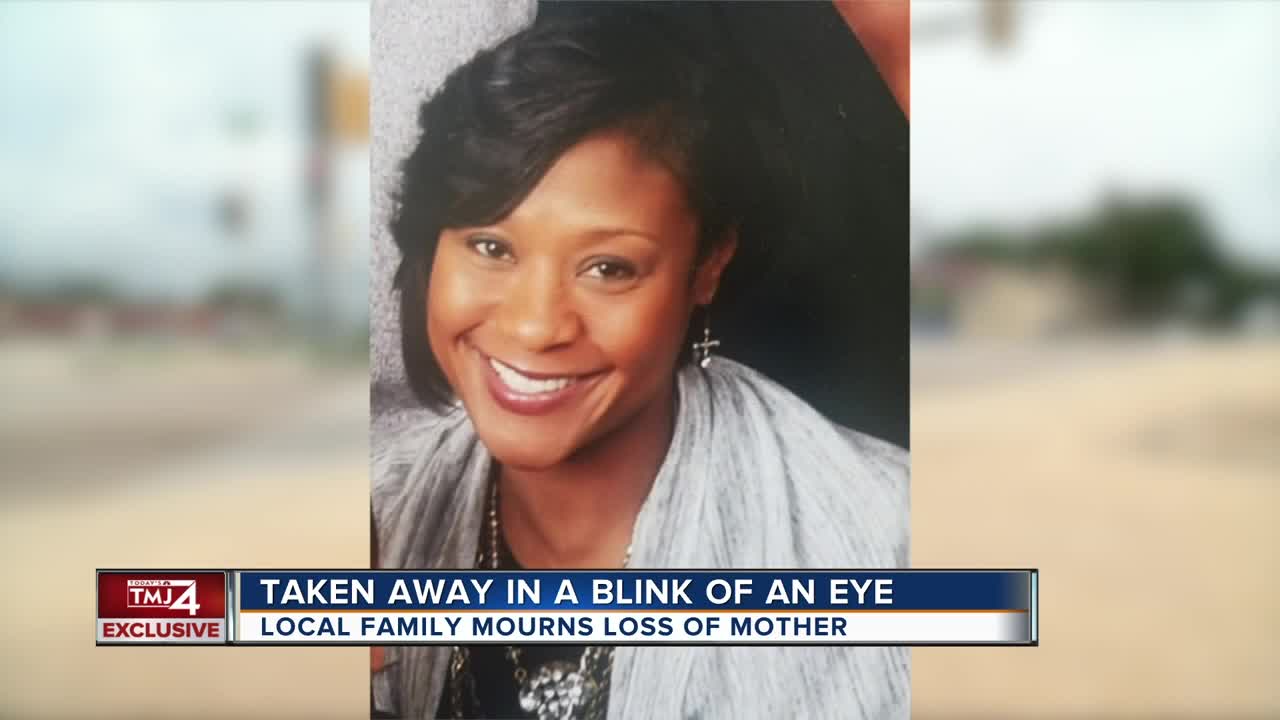 A family mourns the loss of their mother after a road rage incident takes her life away.

MILWAUKEE — Tonight, loved ones of Tracey Smith, a mother of two, are breathing a collective sigh of relief as the person who allegedly shot her was arrested.

She was taking her 17-year-old son for a test drive, according to police. Her car was struck and her family told TODAY’S TMJ4 she didn’t confront the other driver, but instead got out to check on her vehicle.

“That was a real weak man move to sit there and shoot a lady in front of her son,” said Sherri Luckett, Smith’s younger sister.

Police said the shooting happened around 5:15 p.m. Friday night. The suspect left the scene but was arrested Monday.

“What was she supposed to do?” Luckett asked. “Sit there in the car hoping he fled the scene?”

TODAY’S TMJ4 sat with Luckett and Smith’s best friend, Tammy Lacy. Lacy helped teach Smith to drive. A skill Smith was trying to pass along to her son.

“Between her mom, my mom and me, she got her practice,“ Lacy said.

That life skill was instantly put to use as the 17-year-old transported his mother to the hospital where she later died.

“I just hope he can bounce back,” Luckett said. “I’m just praying he will stay on track and won’t allow what would break most people to break him.”

Smith was a corrections sergeant here in Milwaukee. Family said she worked hard for her two boys, even as she dealt with her own issues.

“My dad has cancer right now,” Luckett said. “It was supposed to be me and her like helping my dad. She’s the yin to my yang.”

Now, as the family moves forward, they bear heavy hearts. They’re upset about one man’s decision to kill, but thankful for people’s help bringing the suspect to justice.

The family is still working out funeral arrangements for Smith.