Everyone benefits from Workplace Diversity, not just minority candidates 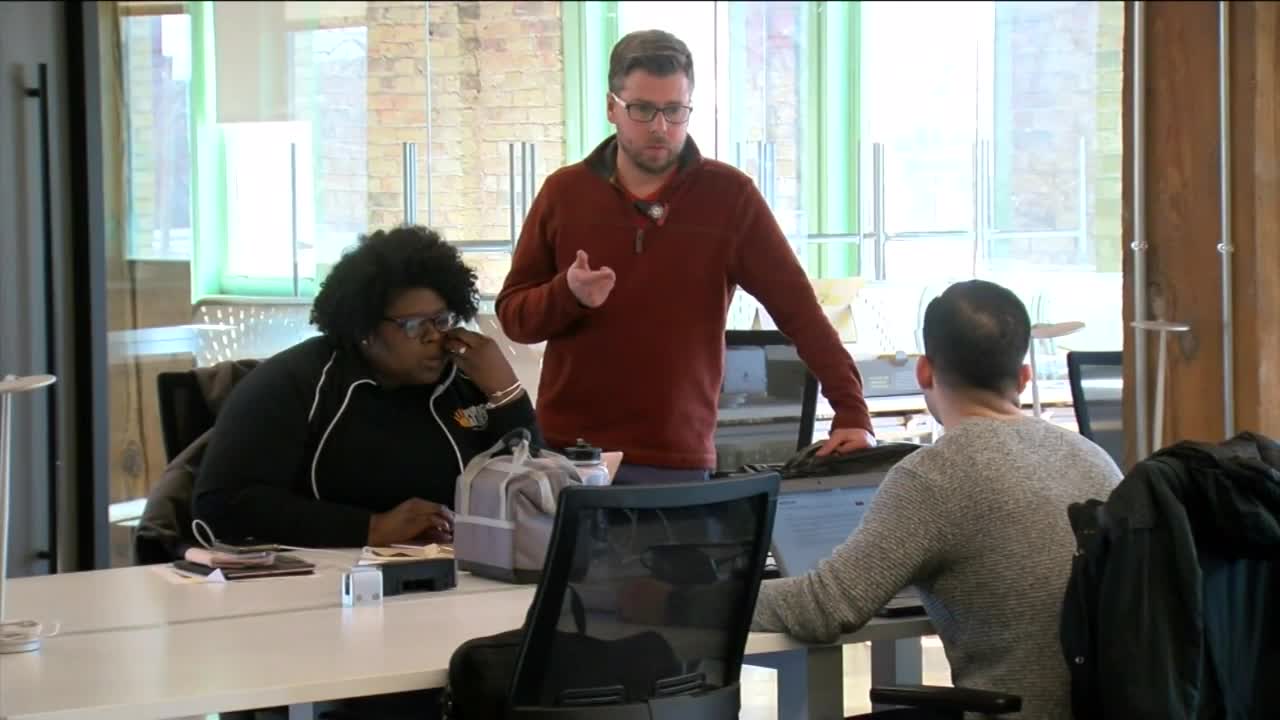 The Metropolitan Milwaukee Association of Commerce is pushing local businesses to increase the number of minority employees it has, from top to bottom. 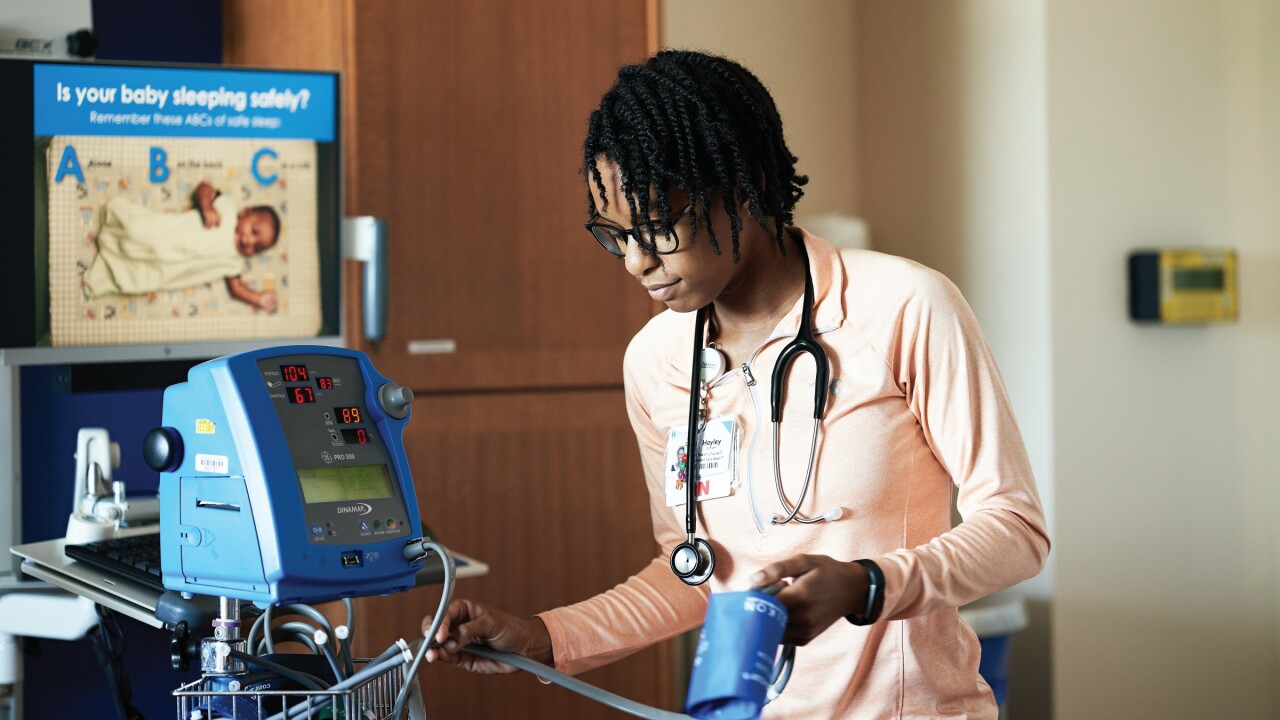 MILWAUKEE — The Metropolitan Milwaukee Association of Commerce is pushing local businesses to increase the number of minority employees it has, from top to bottom.

“Study after study shows diversity in workplaces has so many benefits to business at large,” Corry Joe Biddle, Vice President of Community Affairs for the MMAC said. “More diverse teams come up with better ideas. They're able to create better products, have a better market share, better profits across the board.”

“Segregation and racial inequity are major threats to growing business in Milwaukee,” Biddle said. “Our CEOs came out and said that. This is what they’re struggling with. It’s a big concern. It’s time to look and address from a business perspective.”

Biddle doesn't want it to be misinterpreted that minority candidates should be given preferential treatment over white candidates. She says, systemic issues have disadvantaged people of color for years and this is just about creating a more level playing field which, in turn, will make things more competitive and result in the best candidates being selected.

"I feel like that's a human reaction, a lot of people thinking of their own interests and that they don't want to miss out," Biddle said. "The fear is, there is only so much to go around and that's not true. As long as people feel that way, they're going to have a scarcity mentality. But you have to think about that. You're saying it's ok for other people not to have something so you can continue to have what you have. I think people have to think about that. That's an issue that's personal. It's a conversation you have to have with yourself about what your values are and who you are as a person and what you say about relating to other people in the world. Equity doesn't mean you get something less. It speaks to, white people know there are certain privileges and advantages they have. They know that. They won't say it, but as soon as you talk about equity, making things fair and giving to other people, there's that feeling of, oh no. They're going to take our stuff. That shows an imbalance."

The focus is to add some 500 African American or Hispanic managers in the next five years. She says its important to not only diversify an entire employee base, but especially in these higher positions, referred to as C-Suite.

"White people know there are certain privileges and advantages they have. They know that. They won't say it, but as soon as you talk about equity, making things fair and giving to other people, there's that feeling of, oh no. They're going to take our stuff. That shows an imbalance."

To hit their goal of increasing these positions by 25 percent by 2025, businesses would need to add enough managerial jobs to reach 6 percent for African Americans and 4 percent for Hispanic people.

It may not seem like much, but Biddle says an increase like this could lead to great equity benefits in Milwaukee; a city often viewed as the most segregated in the country.

“If you can get more people making more money, it impacts their families across the board,” Biddle said. “It’s a good start for companies. A lot of time, your only opportunity to connect with people of different cultures is at work. We’re in teams with each other. We’re building business together and making money together. We’re solving problems together.”

Biddle thinks some of those problems being solved could be bigger than business dilemmas. It could impact systemic racism. The AALAM study showed just 7.7 percent of African American households make over $100,000 per year, which ranked 49 out of 50 major metropolitan cities. Biddle says, increasing diversity in management positions could lead to an increase in pay. Increases in pay could benefit African American home ownership rates in the city, which are some of the worst in the country. More home ownership could lead to higher tax bases, which directly impact education funding. Better funding in education can help increase African American graduation rates in a state where the opportunity gap between African Americans and their white counterparts are the widest in the country.

"If we’re talking about health equity, you have to look at outcomes for patients,” Theresa Jones, Vice President of Inclusion, Diversity and Equity for Children’s Hospital of Wisconsin said. “I think it makes it easier for individuals to access healthcare when they see caregivers that look, talk and sound like them. I think they feel more comfortable in relating to them.”

Jones just started working with Children’s Hospital of Wisconsin in January in their newly developed Inclusion, Diversity and Equity department. Because of the pandemic, they haven’t been able to really start making headway. However, in the next month, they’ll be developing their strategic plan to try and increase the number of minority healthcare professionals.

Jones already has a few examples of how they’re doing this. They are in dire need of medical assistants and nurses. In order to create a diverse pool of applicants, they are looking at offering more scholarships to counter the high costs of tuition. They are also offering incentives to current employees to send them back to school and move up the ranks.

All of these efforts are about eliminating systemic barriers that disproportionately impact people of color in achievement. They’re even discussing getting to kids well before they enter medical school.

“Scholarships, not just for medical school, but high school as well,” Biddle said. “Once we do that, we can tie those individuals at Children’s to a mentor and give dollars for books and tuition. So, when they’re done with school, they hopefully sign on as an employee.”

By recruiting a more diverse group of medical professionals, Children’s hopes to make an even bigger positive health impact on communities facing disparities. African Americans face the highest rates of diabetes, asthma and a number of other health conditions.

“Historically, many people of color do not trust healthcare,” Jones said. “We see a variety of patients that have cultural needs, language needs. It’s important for our workforce, from a trust standpoint, a care-giving standpoint, a comfort level standpoint, to mirror the populations we serve.”

Biddle says, by adding more people of color into both general employment positions and higher up positions, these are ripple effects on racism that could help desegregate Milwaukee.

“If you are able to connect with people of different races and backgrounds, any unconscious bias or any conscious bias you may have can really start to be washed away when you give yourself evidence or experience that speaks to something different,” Biddle said.

But it doesn’t stop there. Hiring and promoting people of color is a tremendous step but creating a culture of inclusion, where these people who have been underrepresented, feel confident in sharing their ideas and opinions is key. The MMAC study shows 51 percent of African Americans feel they must hide or downplay their culture in the workplace.

“We’re looking at diversity as the first step but it’s really about inclusion,” Biddle said. “It’s good to have different people but make sure they feel included because, if they’re not speaking up and not a part of the culture, you don’t get all of those benefits that are there for you.”

Corry Joe Biddle hosts a weekly online seminar through FUEL Milwaukee called Race Bridge. The group is for young professionals, but the seminars are available to anyone interested in learning more about racial equity in the workplace and community. This week's seminar, in partnership with MKE Film's Minority Health Film Festival, will be on Thursday, Sept. 17 at 2:00 p.m. You can find out more information at FUEL Milwaukee’s website.