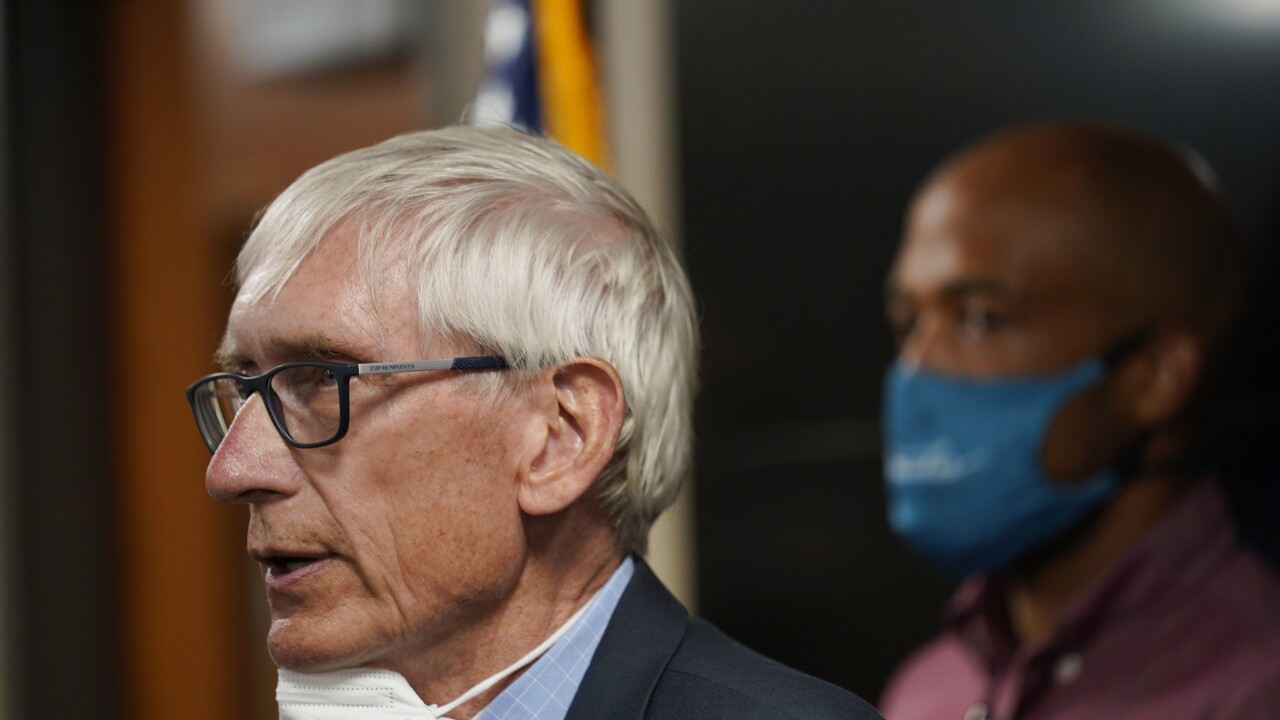 Morry Gash/AP
Wisconsin Governor Tony Evers speaks during a news conference Thursday, Aug. 27, 2020, in Kenosha, Wis. The city has suffered from unrest in the wake of the police shooting of Jacob Blake. Lt. Gov. Mandela Barnes is at rear. (AP Photo/Morry Gash)

MADISON, Wis. (AP) — Gov. Tony Evers says University of Wisconsin-Madison officials' decision to reopen the campus was the right move even though it has resulted in a surge of COVID-19 cases.

Evers told reporters during a video conference Tuesday that he supports the decision. He says the reopening has come with a massive effort to test students and trace infected students' contacts.

He said the virus isn't going away, and the state will likely be grappling with it at this time next year. He said health officials have been warning for months that reopening K-12 schools and universities would be “bumpy.”