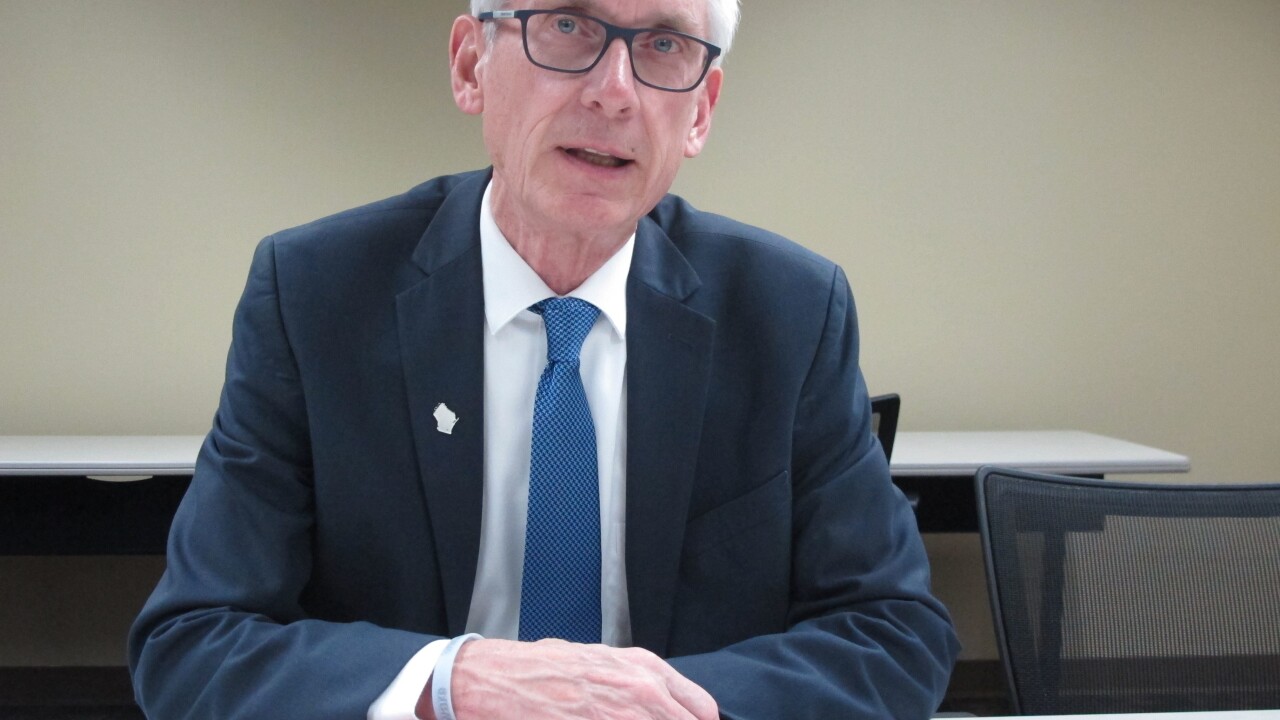 Scott Bauer/AP
Wisconsin Gov.-elect Tony Evers speaks Wednesday, Jan. 2, 2019, in Madison, Wis. Evers, who will be sworn in as governor on Monday, Jan. 7, says he won't be afraid to use his veto power, including vetoing the entire state budget if necessary, if Republicans who control the Legislature won't agree to work with him. (AP Photo/Scott Bauer)

MADISON, Wis. (AP) — Wisconsin Gov. Tony Evers is refusing to release a letter written to him by former Gov. Scott Walker just before he left office in January, saying that because it was personal it is not subject to the state's open records law.

Evers should be ashamed of himself for not releasing the letter, said Bill Lueders, president of the Wisconsin Freedom of Information Council on Monday.

"If this is how he intends to conduct himself in regard to the state's open records law, he is going to have a rough time," Lueders said.

Walker, a Republican, revealed to The Associated Press in a Jan. 4 interview, just three days before he left office, that he had written the letter and left it for Evers, a Democrat. The AP filed an open records request with Evers for the letter on Jan. 11, one week into his term as governor.

Evers' assistant legal counsel Erin Deeley responded to the AP on Friday, saying that the letter "is a purely personal message that is not subject to disclosure."

Lueders said there is no such thing as a "purely personal message" from an outgoing governor to an incoming one.

"I think the response of the governor's office is outrageous and should be challenged in court," Lueders said. "There's no way that a communication from a former governor to a new governor would fall into that category fairly."

Evers, as justification for the rejection, cited a 2010 Wisconsin Supreme Court decision that said private emails are not "records" subject to Wisconsin's open records law. The 5-2 ruling dealt with a request for emails made by a citizen to teachers within the Wisconsin Rapids School District.

The court ruled that personal emails from the teachers were outside the scope of the state open records law, even though they were sent using government email systems on government computers during work hours.

Essentially, the court said that government emails are subject to the open records law while private ones are not.

Lueders said Evers' relying on that ruling to deny releasing the letter from Walker was an over-application of that decision. The Supreme Court was dealing with personal communications involving low-level employees, not a message written by one elected official and received by another, he said.

Evers was state superintendent of schools at the time Walker, who was still governor, wrote the letter.

The Supreme Court did say in the 2010 ruling that there are circumstances where personal emails may become government records, such as when they are used as evidence in a disciplinary investigation or to look into the misuse of government resources.

The court also said the holder of the record could redact personal information and release the portion "connected to the government function."

Walker told the AP that he left the letter for Evers at the governor's mansion but he didn't want to "broadcast" what he said.

"I'll leave that advice for him and me," Walker said. "It's all positive."

Walker said he summarized "some pretty good sound personal advice" he got from other governors when he took office in 2011.

The AP on Monday asked Evers to reconsider his decision to withhold the letter.