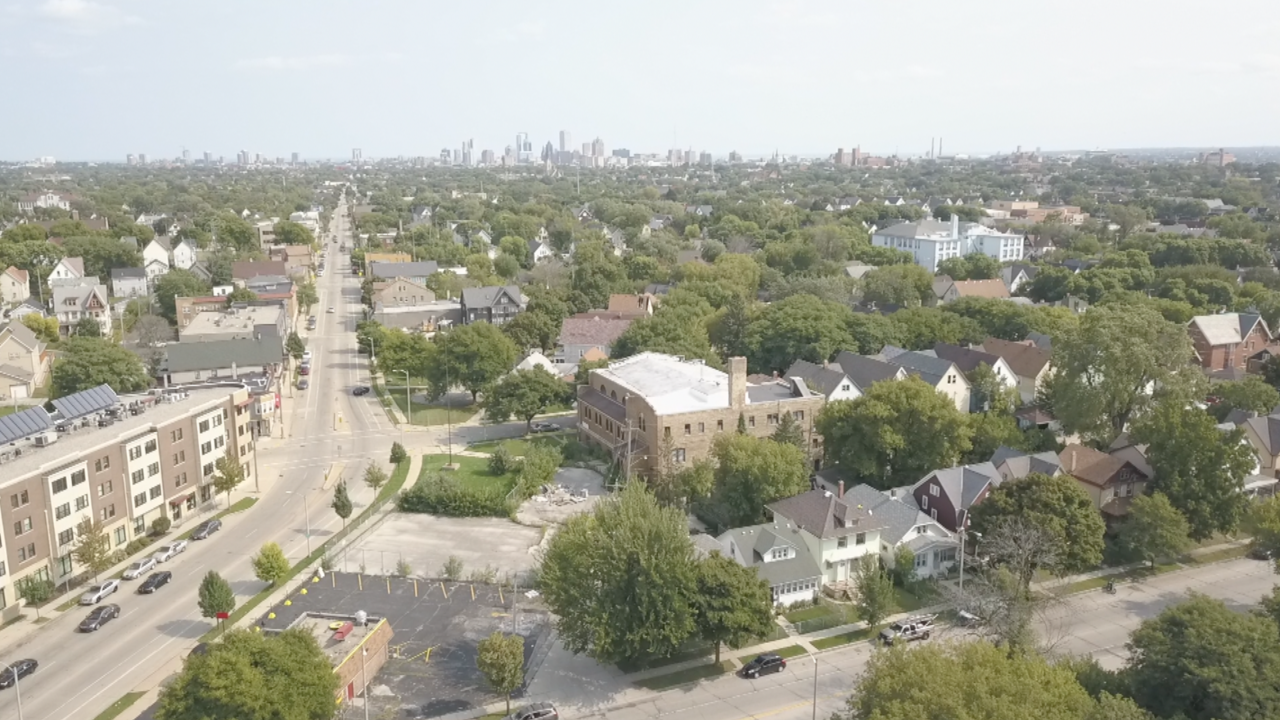 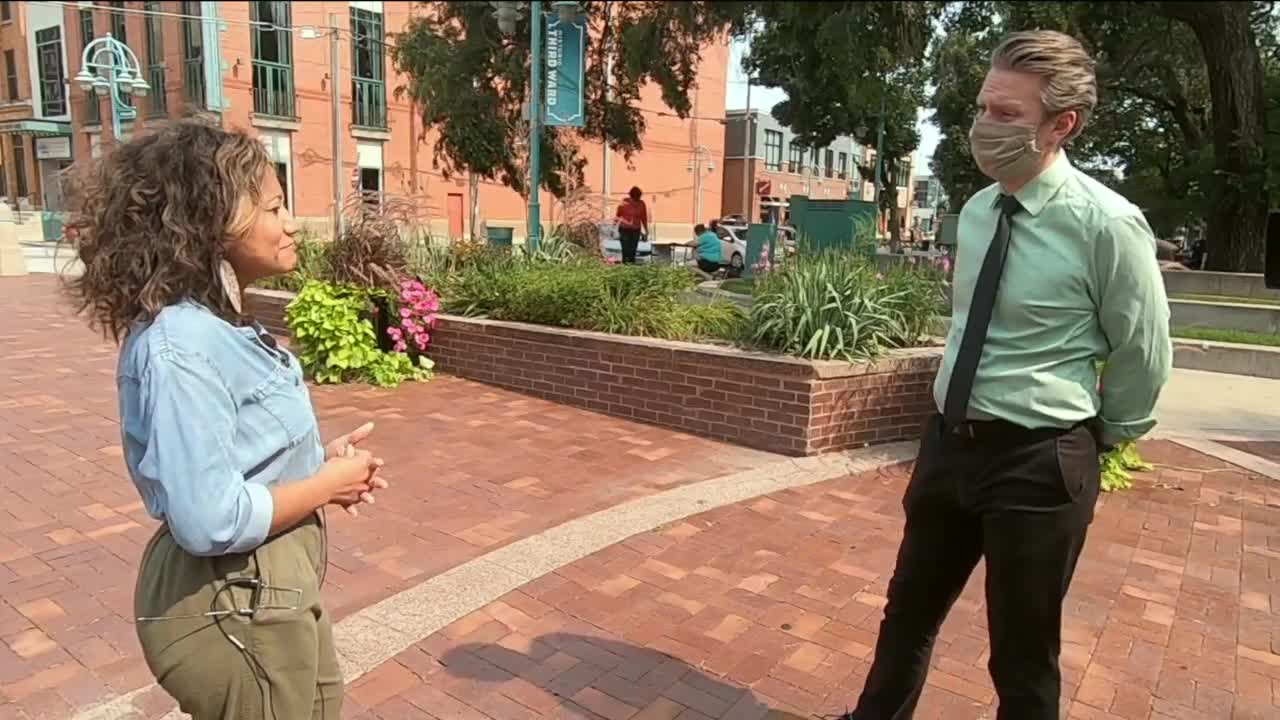 MILWAUKEE — Before it can tackle the problems of climate change and other environmental problems facing society, a Wisconsin advocacy group is looking introspectively at what it can do better to bring more voices to the table.

“We recognize, these have been overwhelmingly fields of study and fields of professionalism that have been limited to whites,” Fred Clark, Executive Director for Wisconsin’s Green Fire said. “Not by policy, but certainly by history.”

Wisconsin’s Green Fire is hosting a series of webinars looking at age, politics, race and the impacts they have on conservation. A study by the advocacy group Diverse Green shows there is a green ceiling in the environmental field. Non-governmental Organizations have just 12.4 percent people of color. Government agencies are slightly better at 15.5 percent. However, Environmental Foundations are the worst, at just 12 percent.

“It’s high tide we ask better questions,” August Marie Ball, Founder and CEO of Cream City Conservation and Consulting said. “What we’re really saying when we’re asking about inclusion, is how can I get people to come to me? It’s a very white lens that we’re using when, in reality, the key problem is historically, people of color have been receiving the message, they’re not welcome in the industry.”

Ball started Cream City Conservation to help educate those in the environmental industry about how they can be more inclusive and diverse. Just like the world itself, everything is connected. African American and other communities of color face environmental injustices. Systemic practices have created situations for people of color that put their health at risk because of the environments they’re forced to live in.

“When we think about racial inequities and disparities, we often go to, oh, slavery was so long ago,” Ball said. “There have been many things since slavery that have kept us in this pickle. From the Social Security Act, the VA loans, redlining, the Wagner Act and on and on and on. Policies are still being created to this day.”

As a result, Black and brown communities are disproportionately affected by a poor environmental factors. Flint, Mich. laid bare to the inequities that exist for getting clean water. The Centers for Disease Control say Black children are twice as likely have elevated levels of lead in their blood than white children.

Disparities can even be seen in the air we breathe. The Environmental Protection Agency says, Black people are exposed to 1.5 times more air pollution than their white counterparts. These issues, Ball says, could be remedied if more voices of color were at the table.

“When you have a plethora of perspectives and experiences by which to choose from, you’re able to have less blind spots,” Ball said. “You’re able to be more innovative and you’re able to anticipate problems more effectively.”

But it’s not for a lack of trying. Ball says many people of color are going to school to help with environmental advocacy. However, the hurdles of inclusion limit their participation.

“Imagine being an indigenous person, walking into a National Parks Service Office and seeing a picture of Teddy Roosevelt or John Muir. It would essentially be likened to a Jew walking into an office and seeing a framed photo of Hitler. I know that sounds really harsh, but that’s just the reality. A lot of our environmental agencies are reckoning with that reality. The Audobon Society, the Sierra Club. We’re finally stepping into a space where we’re acknowledging that it’s not enough to prepare the next generation of environmental leaders. We also have to do things differently within our industry.”

With a lack of diversity, it leads to slower progress on environmental issues. Ball says, as a Black woman, she has to focus some of her efforts on equity education.

“We have to move past this idea of, if I can’t see it, it’s not a problem,” Ball said. “If it’s not a problem to me, it shouldn’t be a problem to anyone else. That is the epitome of privilege right there. We need to be on the same page about these problems so we can start moving towards a solution. I’m sure we’re all sick of talking about race and racism. So, let’s solve it.”

In order to solve the issues facing the environmental advocacy industry, Clark says they’re putting a plan in place to make them more diverse and inclusive.

“We’ll be looking at ways we recruit and hire candidates for positions,” Clark said. “In our work, we’re also heavily dependent on volunteers. We’ll be asking, how it is we attract and provide opportunity for a wider diversity of volunteers in our organization. I think this is about building awareness around what has gotten us around here today and really set the stage for us to think critically about how we as organizations can help drive to a more diverse and equitable future.”

The attention on social injustices is arguably higher than ever. Ball says now is when they can make serious change.

“We have to identify what sorts of policies and practices have kept us racially homogeneous all this time and then work backwards,” Ball said. “That’s what I try to do as an educator.”

“It certainly still does not reflect the diversity of our population,” Clark said. “I think now, for first time, having explicit conversations about why that is and what we can do differently to change that.”

That kind of change is what Ball hopes will have lasting positive impacts on communities of color.

“It's my hope that the next brown girl that decides she wants to go into this field doesn’t feel the way I felt when I first entered into it, being very alone,” Ball said. “I want every young brown girl and Black girl to know that their perspectives are needed. They belong here, there’s a place for them and they should be listened to. I wouldn’t be in this industry if I didn’t think this could be solved. I think, as humans, we’ll create a new problem but I do believe it can be solved in my lifetime, at least that’s my hope.”

Wisconsin’s Green Fire is holding webinars on race and environmental injustice. You can find out more information on their website.