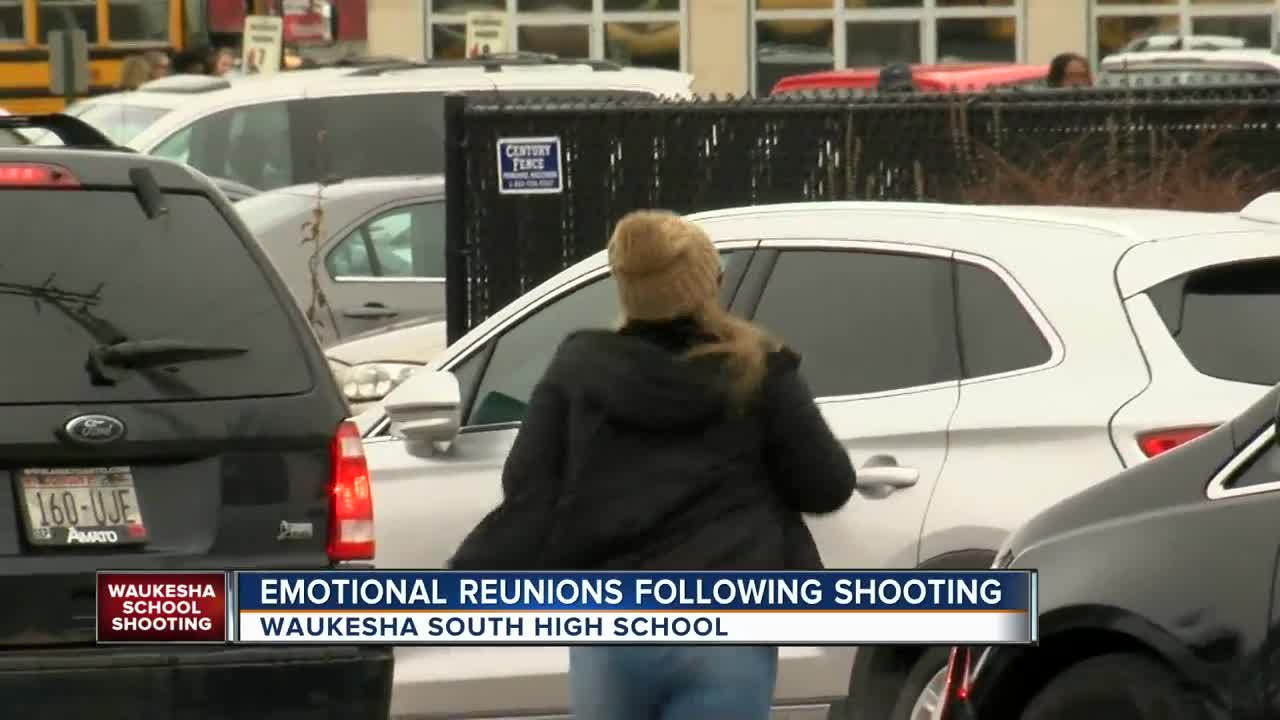 WAUKESHA-- Waukesha South High School is 'safe and secure' after a student was shot by an officer for pointing a gun at law enforcement, police say.

"As a mother it was kind of like giving birth all over again. The excitement of knowing that he was fine," said a local mother. Her son was inside when the situation unfolded.

"It's just like kind of scary that someone would do something like that. Coming to school with a gun and just shooting people for no reason, said Jackson, a freshman at Waukesha South High School.

He was in the gymnasium when he heard an announcement saying "lock down."

"I was in the gym and we went into the locker room. We thought it was just a drill in the beginning. People on the announcements kept saying lock down. They kept saying it, it didn't stop," Jackson said.

Another student who was located in a different part of the building heard loud bangs.

"I just heard three loud bangs," Senior Shelby Plate said. "The teacher told us to get down on the floor and not to move. I was thinking, I wanted to text my mom and my dad and let them know I was ok. I just wanted to go home."

Plate's parents picked her and her younger brother up from the school amid the chaos. Parents, fearing the worst, ran towards the school after being forced to park blocks away. The normally empty streets were jam packed with vehicles waiting to get their children.

Despite the threat being neutralized, parents could not feel comfortable until they had their arms around their children.

"I'm really relieved they're safe and have gone through drills and knew what was going to be happening, somewhat," Denise Plate said. "It was a real relief getting to see and hug and have them back safe."

In the cold December air, students left the school just after 11:00 a.m., some in t-shirts, like sophomore Omar. However, being cold was the last thing on his mind.

"It was really frightening because I didn't know what was going on. I heard a distant banging. It was a lot," he recalled. "Where is my brother? Is he doing good? Are my friends doing good? Did something happen? I feel a lot better that my brother and mom are here but I'm a little shaky."

Omar says he too thought this was another active shooter drill; one he's practiced in school many times. However, this one was different.
"The announcement came on and the announcer came on with a shaky voice. That's when I knew that it was real," said another freshman.

The 17-year-old suspect is in stable condition, police say.