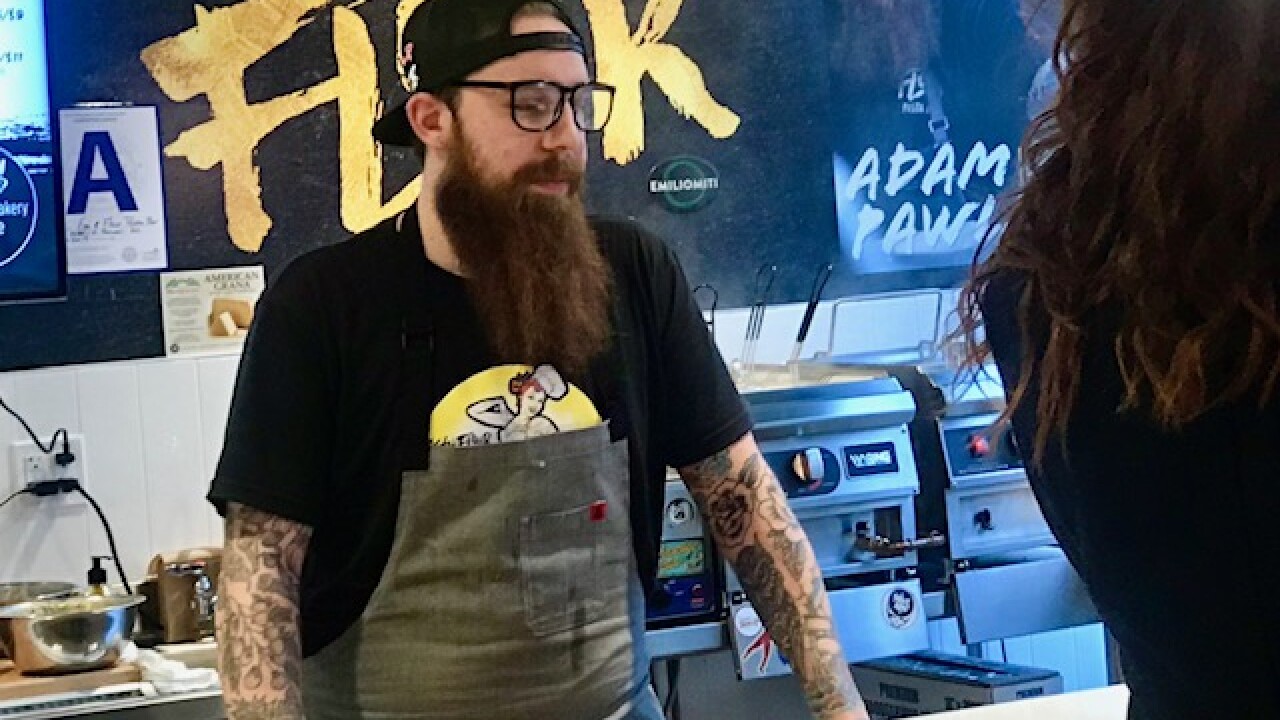 Adam Pawlak behind the counter at Egg and Flour.

Chef and owner of 'Egg & Flour' Adam Pawlak announced on Instagram that he will be appearing in the next season of the hit show 'Hell's Kitchen', an American reality competition hosted by Chef Gordon Ramsay.

'Egg & Flour' is an Italian restaurant that specializes in fresh pasta and sauce. There are two locations in the Milwaukee area. One at Crossroads Collective on the east side of Milwaukee, and the other located in Bay View.

Pawlak grew up in Bayview and still lives in his childhood home. He's entered the Milwaukee dining scene with full force serving up fresh pasta and funky, new 'pasta of the week'.

You can see Pawlak on the new season of Hell's Kitchen, which airs Thursday, Jan. 7, 2021.

Until then, stop by Egg & Flour for a bowl of yummy pasta.