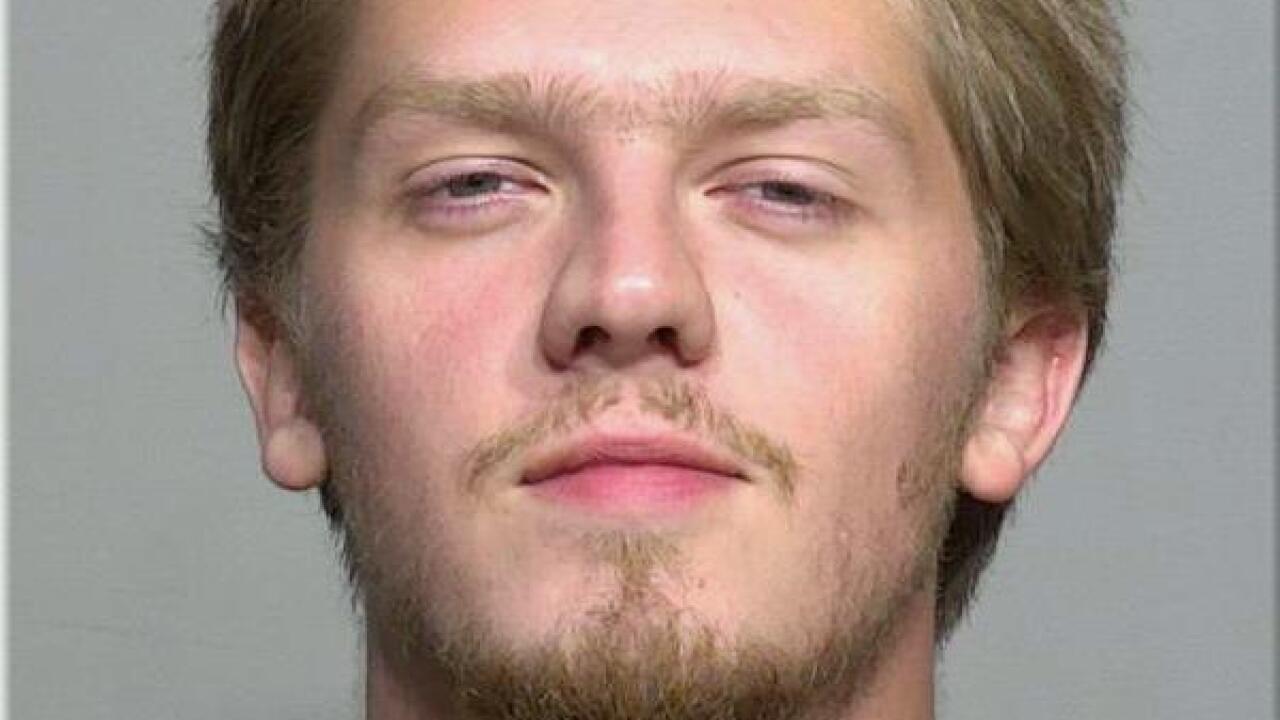 MILWAUKEE — Austin Fountaine, 22, of West Allis was charged Tuesday with one count endangering safety and one count of possession of a firearm contrary to injunction after abandoning his car on Interstate 94 and Hawley Road and firing shots at a vehicle that had stopped to ask if he needed help.

About 3 a.m. on Tuesday, Aug. 6, Fountaine misjudged the turn of the ramp, and his silver Chevrolet was off the road when a tow truck with three passengers stopped to ask if he needed assistance. The three then witnessed Fountaine exit the vehicle and run across the ramp and into the bushes.

A short time later, a blue Pontiac stopped to see if Fountaine needed help. It was then that Fountaine shot at the driver and the vehicle. The driver was uninjured, but the car had a bullet hole to the side quarter panel and a hole in the front driver side tire.

Police took Fountaine into custody after the car was found registered in his name. The suspect had gone home and asked a friend to help him dispose the gun into Lake Michigan, according to the criminal complaint.

He admitted to shooting at the Pontiac and stated he had observed multiple cars with "handguns coming out" of the vehicles following him on the freeway, according to the criminal complaint.

"They were lucky they walked away with their lives because [he] was trying to kill them," he was quoted saying in a jail call to his mother, according to the complaint.

If convicted of the two counts, Fountaine could face up to 20 years in prison and up to $50,000 in fines.

He is scheduled for a preliminary hearing Aug. 16.